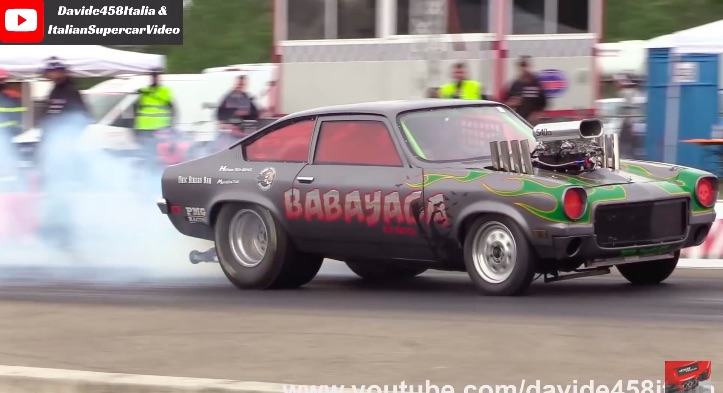 Italy has been the center of the news for not great reasons over the last few weeks as the country has been in the grips of the Coronavirus epidemic. Italy is a beautiful country who’s people love cars about as much as we do. They have massive amounts of pride in their Ferrari, Fiat, and Lamborghini, brands among others and as we were once told, Italian guys care about three primary things. They are, in no particular order, “Sex, money, and cars.” Sounds familiar.

Anyway, drag racing is a great part of the motorsport landscape in Italy. Many of you out there may not have known that the country has its fair share of drag strips like the one shown here, Rivanazzano Dragway. As you will see the place is interesting as it is clearly a runway being used as a strip but it’s clearly a well used strip judging by the pronounced nature of the groove in the center. The walls run for the first couple hundred feet and after that it is a vast expanse of openness, so tread carefully. As we’ll see here, prep and grip look pretty damned good as this (claimed) 1,000hp car hooks the tire and runs straight/true every time down the course.

How about the stuff that he is running against. Straight axle cars, the Grabber Blue Maverick, etc. Awesome!

The setting is beautiful as well, being that the track is nestled in the countryside of Milan in Northern Italy. This is one of several tracks the country has and while they are all dormant now, we hope that everyone over there gets well soon and that burnouts and race fuel can help ring in the revitalization of Italy, Europe, and the world quickly!

Short and Stout: This 1969 Chevy Truck Is A Short-Bed, Step-Side Dually With A Big Block! Did Craig Breedlove Get Ripped Off By Carroll Shelby? This Video Tells The Fascinating Tale Of How It Happened!