Short and Stout: This 1969 Chevy Truck Is A Short-Bed, Step-Side Dually With A Big Block! 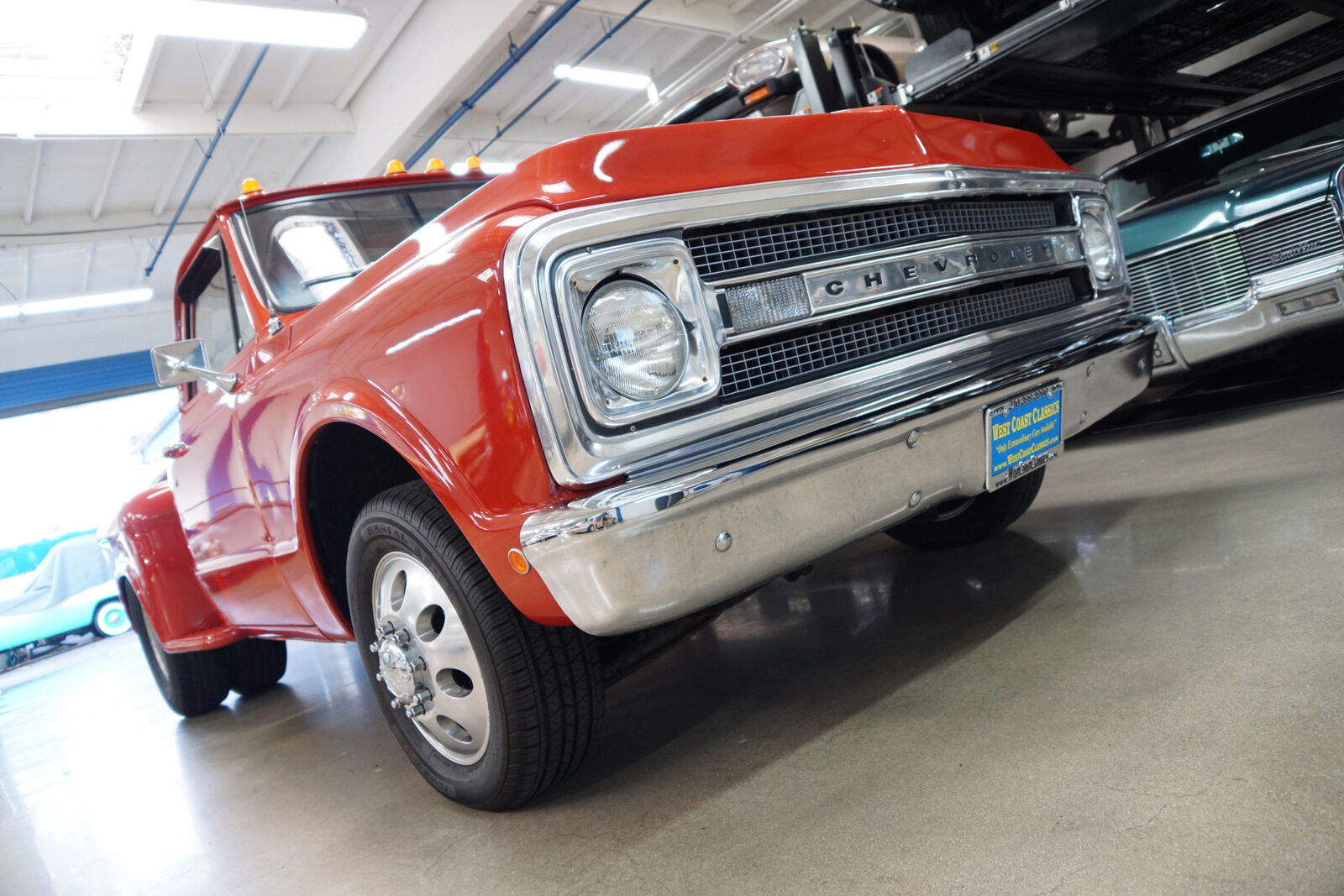 Now this is one way I have not seen a 1968-1972 Chevy truck done yet and I’m loving it. Yes, I have been shopping around recently looking for something to put in the garage here at the eastern BS HQ and yes, trucks have been on the docket. This one is awesome because it’s different and it presents itself pretty well. Perfect? Heck no, but how often have you seen a short bed, step side, dually before?! At first I figured there were some big Mickey Thompson Sportsman Pro tires hiding in those rear wheel tubs but the reality is that there are four good sized normal radial tires back there and that really piqued my attention.

There is a nicely laid out air suspension setup in the bed, some well installed wood flooring back there, the fuel tank has been modified to be filled from the bed floor, the red paint looks good, the interior is nice but not over the top, and the engine is an iron-headed 454 that has headers, an intake, and a carb. No idea if anything has been touched on the inside but some aluminum heads and a camshaft in that thing would really make this truck sing. The transmission is a Turbo 400 and while that’s fine, a third pedal and manual transmission would be a fun upgrade for the rig.

I can’t say I am a huge fan of the roll pan in the back. It looks pretty 1990s so there would have to be some alterations made there at some point and the windshield looks kind of foggy from different angles. Not a huge job and those can be found pretty easily. The wheels? I don’t hate them or love them, however I think steel wheels with poverty caps as from the factory would look cool here.

What do you guys think? Cool?

eBay: A 1969 Chevy short-bed, step-side dually has a big block engine and our attention 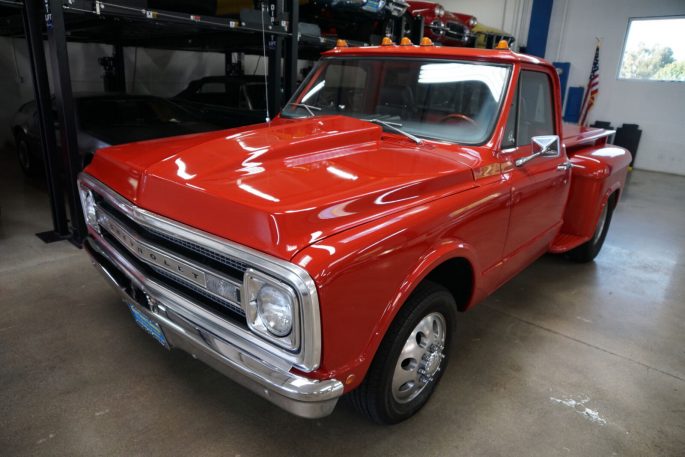 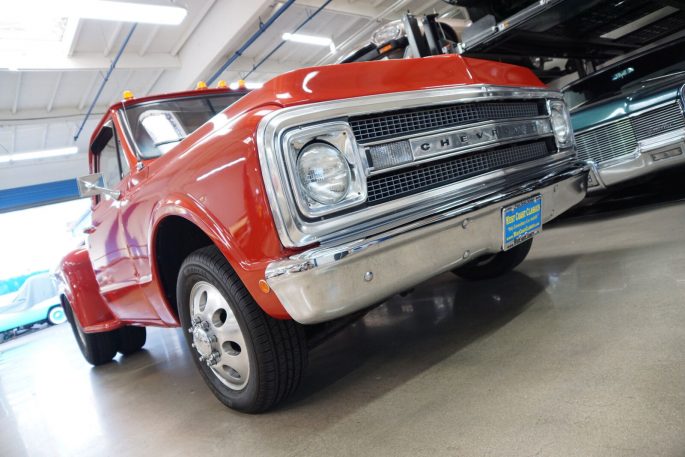 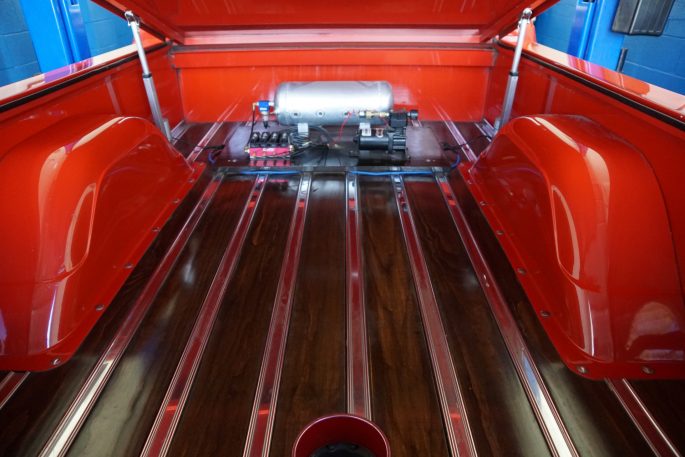 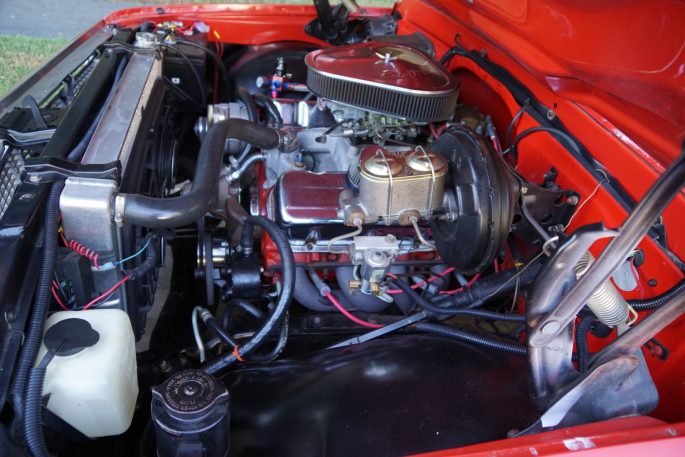 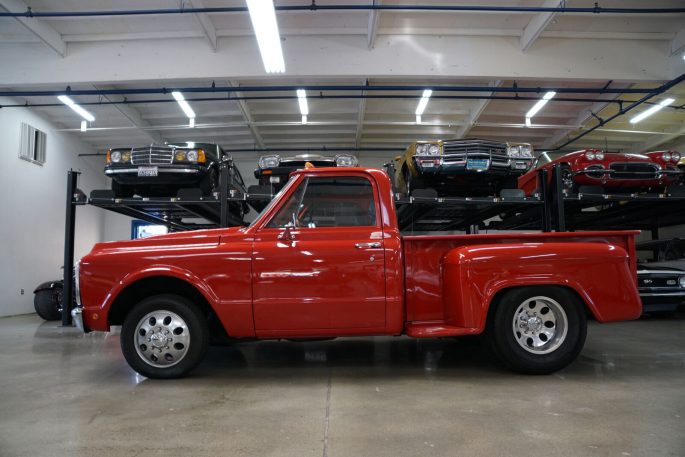 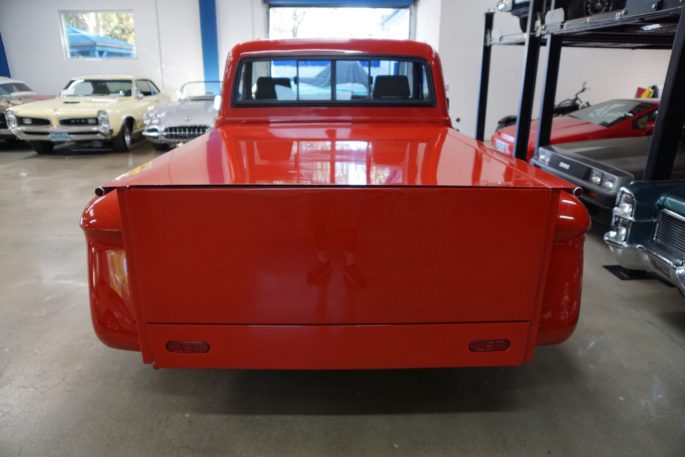 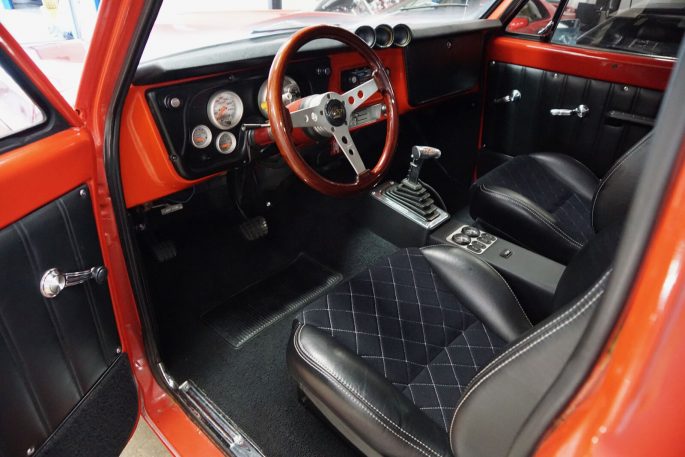 9 thoughts on “Short and Stout: This 1969 Chevy Truck Is A Short-Bed, Step-Side Dually With A Big Block!”