This Video Featuring Bob Glidden’s Greatest US Nationals Moments Has Old Footage, Big Mac On The Mic, And Lots Of RPM 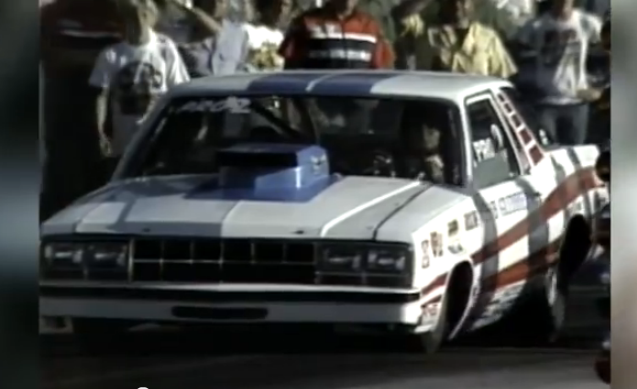 Since this year will mark the 60th anniversary of the US Nationals, the NHRA has been releasing a series of videos featuring the competitors that have best exemplified the race over the years. They’ve got stuff on Garlits, Muldowney, Prudhomme, and others but today we train our eyes on this video featuring Bob Glidden who is one of the greatest competitors in the history of the pro stock class and the winningest guy in pro stock through the history of the US Nationals. This footage that spans from the 1970s right on through the 1980s and includes interviews with Glidden and Dave McClelland give a quick look into the life and careers of the dedicated Ford racer from Indiana.

One of the elements that we enjoyed about the video was listening to Bob talk about his family and then the footage that shows the clan both on the track and celebrating in the winner’s circle. They really were a dedicated bunch that all worked together on the car and their efforts certainly showed as Glidden’s streaks of domination throughout his career are the stuff of legend. As you’ll see in this video, there was a time when he ha reached the final round of 11 straight national events in the late 1970s and there weren’t even 11 national events a year at that point in the NHRA season! We’re talking full on nasty here!

It is a pleasure to watch Billy Glidden, Bob’s son compete in the pro mod because he attacks the track with the same intensity and zeal that his father did and his hands are cut, greasy, and bloody to prove it. A true apple that didn’t fall far from the tree, Billy is still out there keeping the Glidden name and legacy alive in the eyes of drag racing fans. If you love Chevrolets and GM you should probably skip this one because Bob Glidden kept you up late at night for many years with those Fords of his. This is just a snippet of his career at Indy, but what a snippet it is.

3 thoughts on “This Video Featuring Bob Glidden’s Greatest US Nationals Moments Has Old Footage, Big Mac On The Mic, And Lots Of RPM”