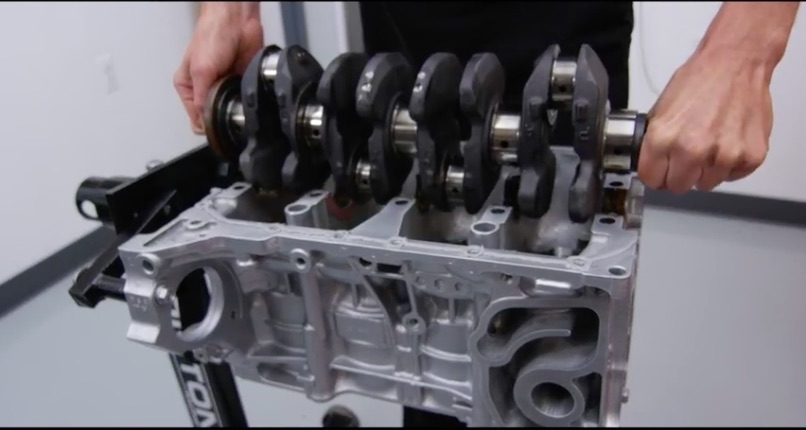 The famed “Honda K-motor” has been around since 2001 and it versatility as a platform for hot rodding has been constantly evolved. Like LS engines, the K series Honda engine has had the benefit of huge production volume, low price of entry for purchase, and massive aftermarket support for parts and pieces hot rodders want and need. Today, companies like 4 Piston Racing are showing the incredible potential of this engine by producing street and race versions that make four digit horsepower and do it with the needed reliability to be driven on the street. Yes, 1,000hp LS engines are a thing on the street but 1,000hp four cylinders are as well and frankly we find that more impressive.

The guys from Weisco and Boostline worked with 4 Piston to get the rotating parts made the way they want them and the end result is a reliable engine that uses lots of factory parts and a handful of aftermarket pieces to create a engine that’s the size of a suitcase but makes power like nothing that you could imagine.

The complexity of making all of this power with a factory block and a CNC ported factory head is mind boggling. The margin for error is zero, not just in assembly but in tuning as well. The engine uses a 72mm turbocharger which they tune to 33psi of boost for 1,000hp but is capable of making something like 55psi if they really let it eat. Want to turn that 1,000hp into loads more? Easy, just put better fuel in it and crank the boost up.

This is a really cool video because we get to see the engine coming together and ultimately hear it run on the dyno!