Teardown Video: Watch A Chrysler A-833 Four-Speed Come To Pieces (On Purpose) 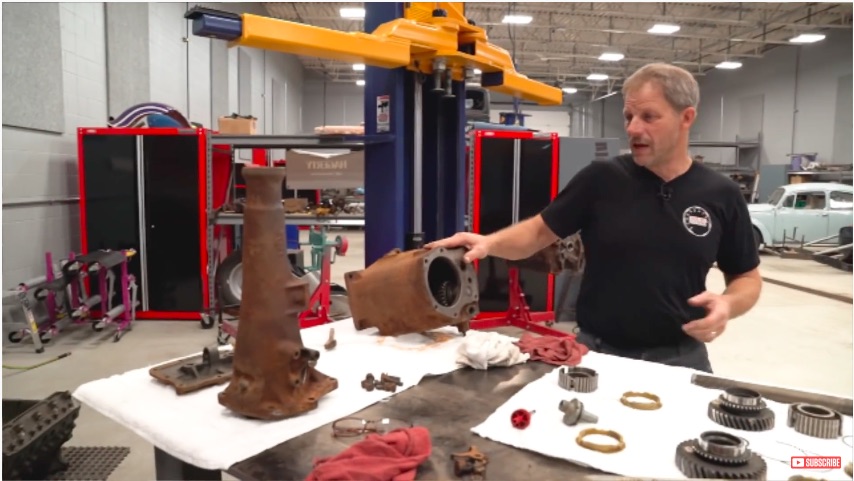 The Chrysler A-833 four speed transmission is one of the great singular components in the modern history of the American automobile. They were made by the millions, they were used not only by Chrysler but by GM as well and they seemingly embody every one of the attributes that car guys love. They are simple, they are strong, they are easy to work on, and they’ll never let you down if you take care of them. This video kind of proves all that stuff right before our very eyes.

What we are going to see here is Hagerty’s famed wrench Davin pulling down an A-833 for inspection, cleaning, and a rebuild. The trans will eventually be bolted to a Chrysler V8 and plugged back into the shop’s vintage stock car project that has been coming along. This is a great example not being able to judge a book by its cover as well. The housing is kind of nasty, the shifter looks like something from the Great War, and the inside? You’ll have to see for yourself.

There’s something ultimately satisfying in seeing something dissembled. This is not a time lapse, we get to see it “real time” with Davin as he talks us through. If you have never taken a four speed apart, here’s a great guide to do it by.

Upgrading Your Spindles? Chris Alston's Chassisworks Designs Theirs With The Latest Technology For Max Performance Master Class: This Video From Full Boost On Building High Horsepower Street Engines Is Spectacular

3 thoughts on “Teardown Video: Watch A Chrysler A-833 Four-Speed Come To Pieces (On Purpose)”