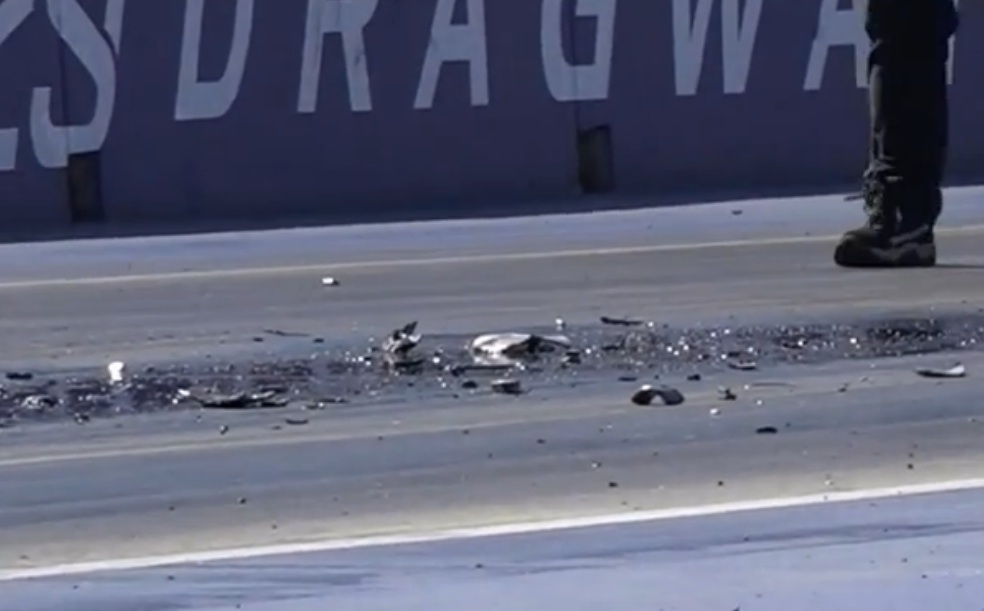 We’re going to go out on a limb and suggest that the transmission that explodes like it is filled full of dynamite and spreads its guts out over the first 60 feet of Sydney Dragway was a Torqueflite. Why? Because every photo we have seen of a transmission laid out on a drag strip in this fashion was attributed to a Torqueflite. There’s an incredible amount of “instant violence” happening here and you will have to watch the video a couple of times to see it. When the trans actually explodes, it does so in a hard enough fashion to blow trim off of the car. As the camera man discovers after the car stops rolling, there is a trail of destruction like we have never seen before.

In the realm of stuff that blows up awesomely, VW transaxles in older cars like Rabbits do a good job of spitting spider gears and other parts out onto the track but nothing like you will see here. Honestly, it looks like someone took a transmission case and broke it into pieces with a sledge hammer, doused them all in fluid and just sprinkled them out on the track as this car was rolling away. We have not seen anything from the inside of the car but we’re thinking that in a best case scenario, the floor is dented and in a worst case scenario parts and pieces blow through the floor and actually got into the car. That’s the kind of stuff that actually maims people.

We’re going to work on getting more info about this one. Until we find it, revel in this destruction!

This 1966 Pontiac Dealer Promo Film Called Pontiac: The Wide Open World Of Youth Is Great! Watch And Listen To A 527ci Stroker FE Engine Scream Out 811hp On The Dyno