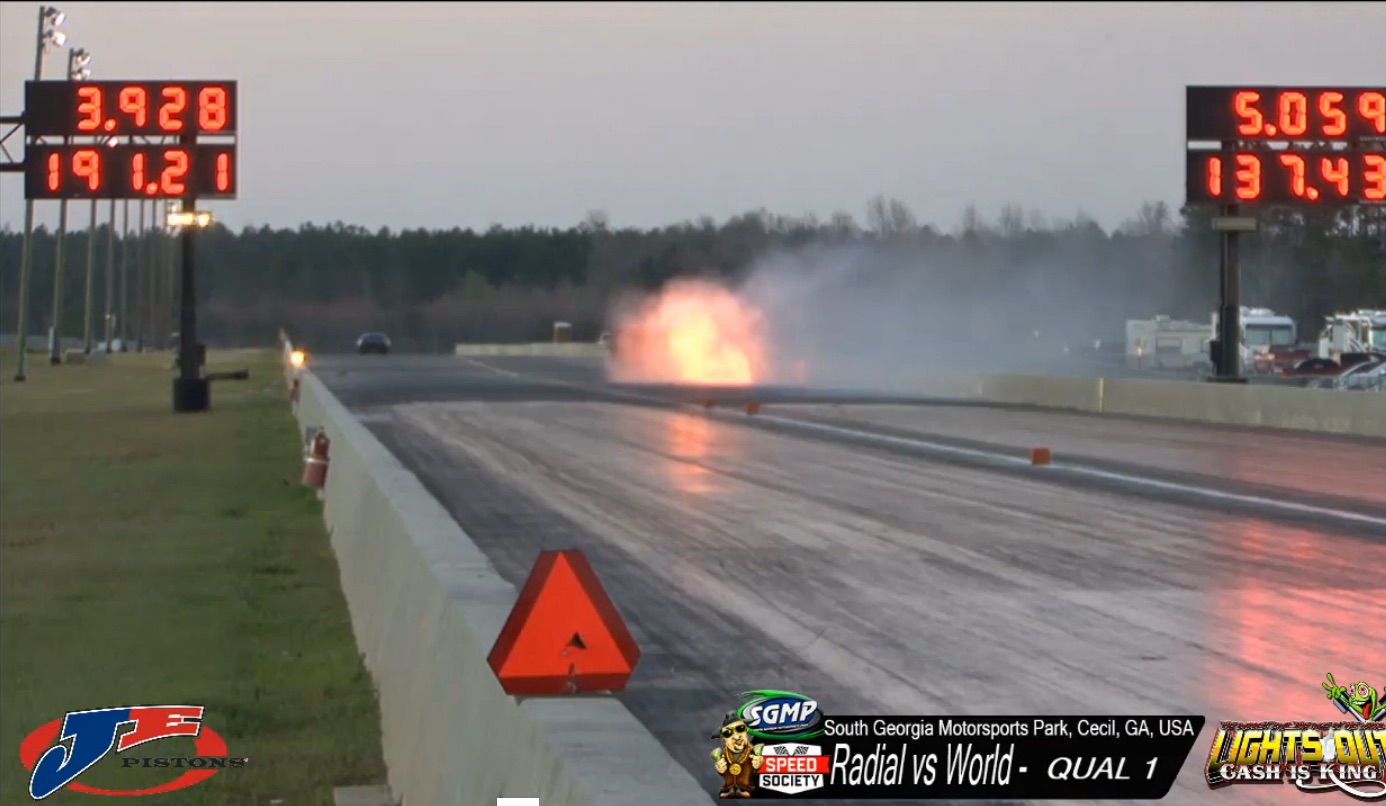 The first pair at Lights Out 8 a couple of years ago night was set to be a fun one. A tandem of cars that summarize the reason so many people love this style of drag racing. A VW Bug with a blown small block called Bugzilla and piloted by owner Ron Clark against Barry Mitchell in his incredible blown Camaro that was among the odds on favorite to win the whole race.

Mitchell held up his end of the bargain with a 3.92 that didn’t even reveal the car’s true potential but in the other lane Ron Clark was having big trouble that turned into one of the most spectacular wrecks in the history of a race that has had dozens of them.

While we do not know exactly what caused the disaster we do know that Clark’s VW began to skid sideways long after the eighth mile finish line, impacted the wall head on and then went into a sickening series of rolls, some count up to 11 of them, and ended up on all four wheels outside the wall of the drag strip.

Clark was out of the car quickly and was taken to the hospital for evaluation purpose only. It is miraculous that his condition was not worse with the ride that he took. Lee Sebring and I are on the call of this one and it ranks among the worst crashes either of us can remember seeing.

Clark’s little car protected him and protected him well. Photos from the scene that we have looked at show the car to be largely intact and retaining the proper shape, meaning that the cage did not crush under what had to have been multiple impacts. It was a welcome sound when safety officials told us that he was OK. This is really one for the books and we hope Lights Out 11 this year won’t start off the same way!

Press play below to see Ron Clark wreck his Bugzilla, roll 11x and walk away