Watch The 1990 IHRA Winternationals Here – Big Names, Big Engines, And The 20th Anniversary Of The Organization 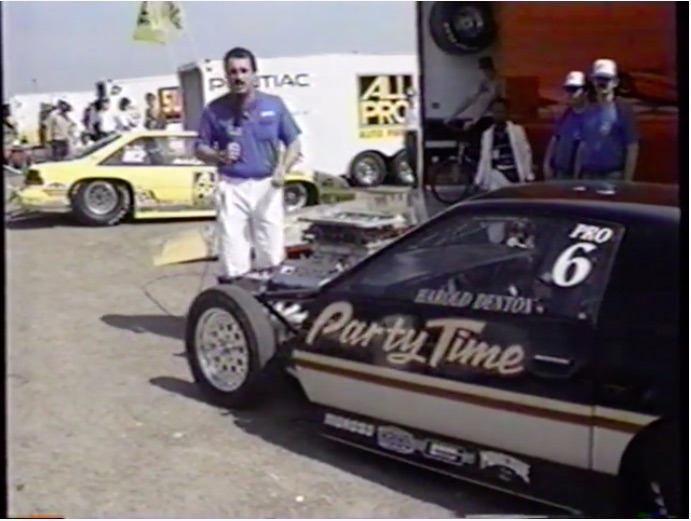 Yesterday we showed you the 1990 NHRA Winternationals and today we flip the script and go to the IHRA side of the fence with their longtime season opener at Darlington Dragway in South Carolina. This was an excellent race and it was the debut race for the pro modified class that would change the trajectory of the entire sport but you won’t see that here. Yes, the IHRA had a separate television program for pro mods only so in this respect they concentrate on pro stock, top fuel, and nitro funny car.

There are some great names here like Harold Denton, Richard Holcomb, Fred Farndon, Rickie Smith, and others. Darlington Dragway, which is still an awesome track was packed up with southern friend drag racing fans to see this season opening event. Top fuel cars were running low fives at this point and the mountain motor pro stockers that the IHRA ran had engines of over 740ci which was mind boggling at the time.

One of the neatest segments of the show captures Wayne Bailey and Jack Ostrander in the pits. They started the event with a two speed transmission in the car and grenaded the thing. They then went to a more traditional clutch management system and the car picked up two tenths of a second. That’s a pretty wild transition to make over the course of a race!

This is a fun look at the IHRA and while the event is lots smaller than Pomona and has a more homespun feel, the action is just as intense and the IHRA was proudly celebrating it’s 20th season in 1990 as the organization kicked off their existence in 1970. Neat stuff here.

Watch The Mighty Car Mods Guys Make 200hp To The Tire With Their Yaris Hilton Project! Fun! Gasser Eye View! Ride Along With Steve Crook In The Blown Blew By You 1955 Chevy - This Rules!

One thought on “Watch The 1990 IHRA Winternationals Here – Big Names, Big Engines, And The 20th Anniversary Of The Organization”