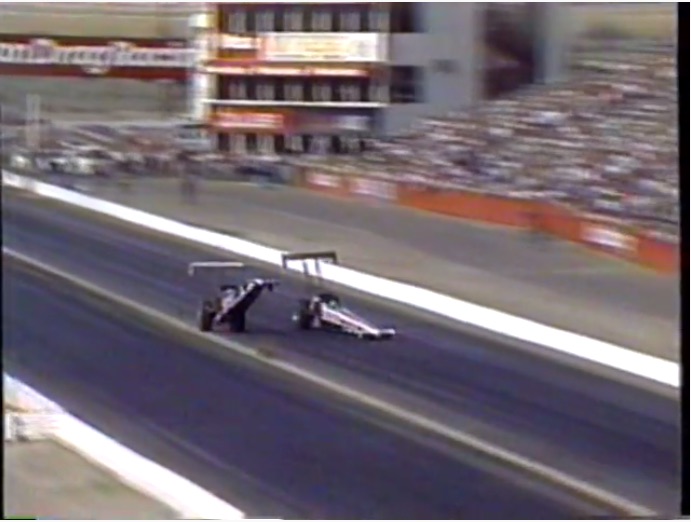 This weekend the NHRA 2020 tour continues in Arizona with the running of the Arizona Nationals at Wild Horse Pass Motorsports Park. This event has been a staple on the tour forever. Early in its life the event was run during the end of the season but for 1990, among a host of other changes, the race was moved to the winter where it has stayed ever since. 1990 was the first year the NHRA mandated a 3.20 gear ratio in nitro cars, the first year of mandating the pneumatic clutch management system that is still employed today, and the first year anyone eyer tried to run pro stock and top fuel at the same time, which Kenny Koretsky does at this race and you’ll see it here.

One of the craziest moments in the event comes with a late round matchup between Gary Ormsby and Shirley Muldowney. Ormsby was struggling at this time of the year as Lee Beard and his crew adjusted to the new gear ratio and he got the shock of a lifetime while racing Shirley. You’ll see Muldowney go into a big power wheelie and actually carry it, with the front end feet in the air into the other lane. Ormsby actually saw the nose of Shirley’s car and takes some aggressive evasive action to get away from her!

The action is great, especially in pro stock with Arizona racer Gordie Rivera has one of his finest days as well.

This weekend the fields are full and the stands will be as well as this track always packs them in. The weather is looking mint and it’ll be interesting to see the Capco cars and others back on the strip!