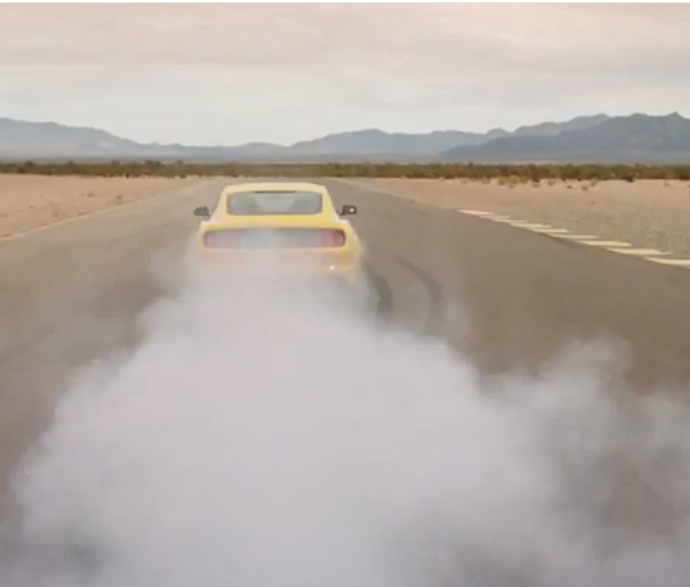 Ford has been making a fun series of videos called “You Vs You” where they take Ford owners and pit them against themselves in their older Ford car versus a new version of the same machine. This one is really BangShifty because it is focused around drag racer Michelle Bongiovanni and the “track apps” package that is available on the new Mustang GT. With stuff like a factory line lock and launch control, we get to see how the 2015 Mustang fares against Michelle’s normal stomper, a 2009 GT. If you aren’t familiar with Michelle we can tell you that she is a great young racer that comes from a dedicated Ford racing family. Michelle’s dad Anthony is a Cobra Jet racer par excellence and you get a quick glimpse into the race shop which looks like something out of a Mustang lover’s dreamscape.

While we’re still waiting to get our grubby mitts on a 2015 Mustang in the press fleet, we have seen a TON of them at the strip already this year at the NMRA race we have been to and the other events we have dropped by in warmer climates. The Coyote engine has been around for a few years now and it has established itself as a player on the highest levels of the street scene and all the way up through the ultra-intense world of NHRA stock and super stock racing where horsepower is how you live and die each weekend.

We think this video is cool because all we ever hear about is people who know nothing about cars and car culture telling us how kids “don’t care” about racing and cars anymore. Clearly Michelle does and there are lots of Michelles out there. The Mustang is an icon and we’re super happy that Ford has built some fun features into the car that are designed to enhance the way people use it. If you have a 2015 Mustang GT and have not used the line lock yet, congrats, you aren’t as cool as a teenaged girl!

3 thoughts on “Watch The 2015 Mustang GT Track Apps Package Get A Workout By A Talented Teenaged Drag Racer – Big Fun!”