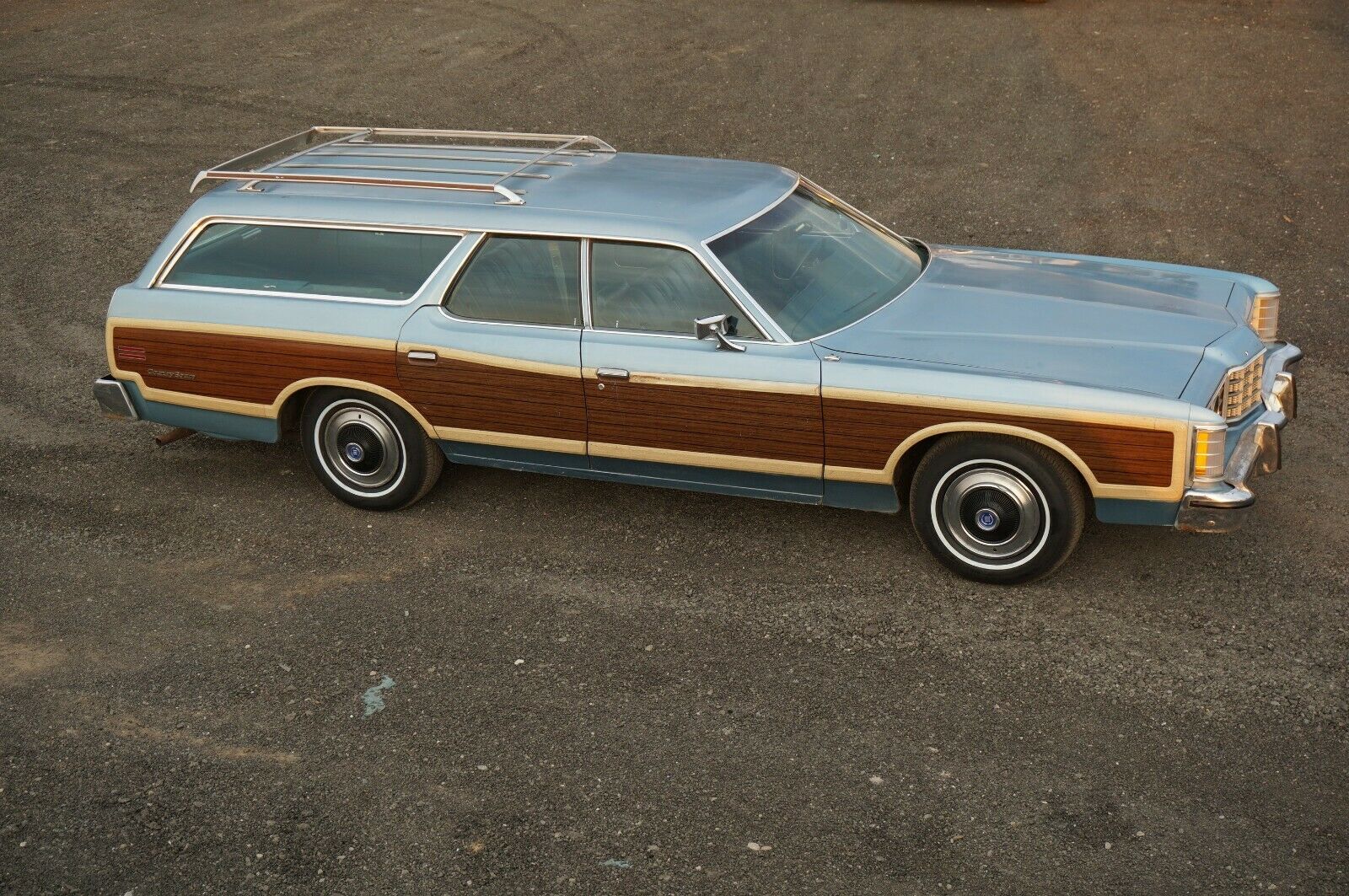 Maybe I am the weird one but sometimes I love cars for the flaws they present rather than the positive stuff they may be known for. Take this 1973 Ford Country Squire station wagon. Packing a 2-bbl topped 400ci V8, some worn paint, upholstery, and a couple small cosmetic defects, the highway gobbling monster is perfection on four wheels. The wood grain has survived flawlessly, the hubcaps are all there, the inward facing seats in the “way back” are present and accounted for, and the overall demeanor of this car is one of a sea monster that has been awakened from the depths.

With about 115,000 miles on the odometer we’re betting that 400 is dog tired but hell, this car was cared for and stored well. Living in California its whole life it did not rot like those northern and eastern examples. When I was a kid my father and I hauled my grandfather’s massive 1970s Ford wagon to the wrecking yard after the frame was so badly rotted it wasn’t worth saving and was worthless on a trade in.

These cars are like wooly mammoths today. They only exist in the memories of cavemen and in museums. To see one like this is just a happy thing and one that truly makes us think of what we’d do with it. Yes, the engine and trans would get spiffed up but maybe other than fixing the nose Ford logo, we’d leave it as is.

eBay: This 1973 Ford Country Squire wagon ain’t perfect but it is great 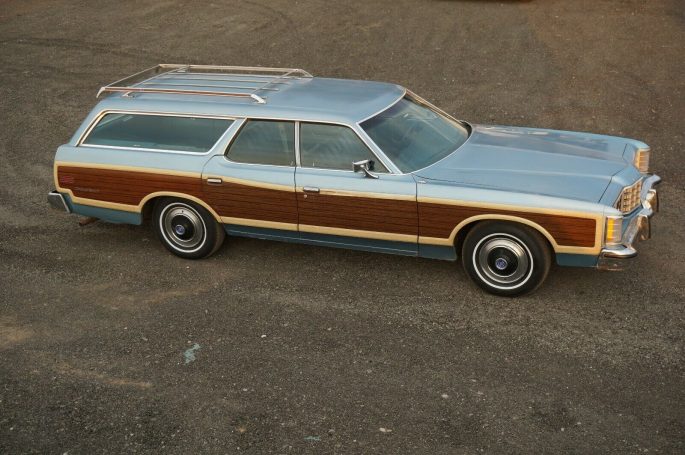 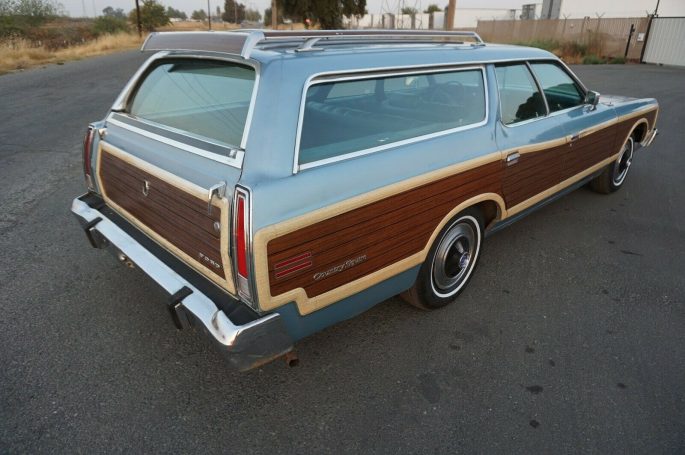 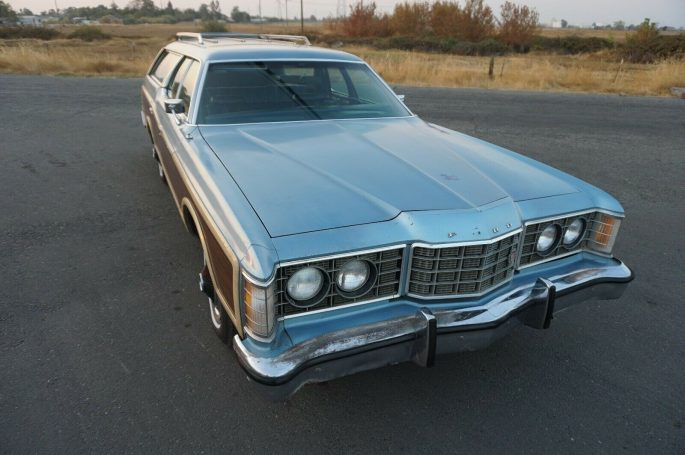 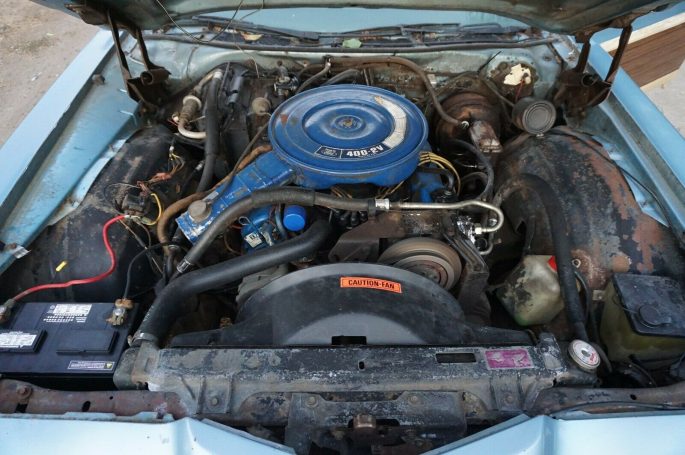 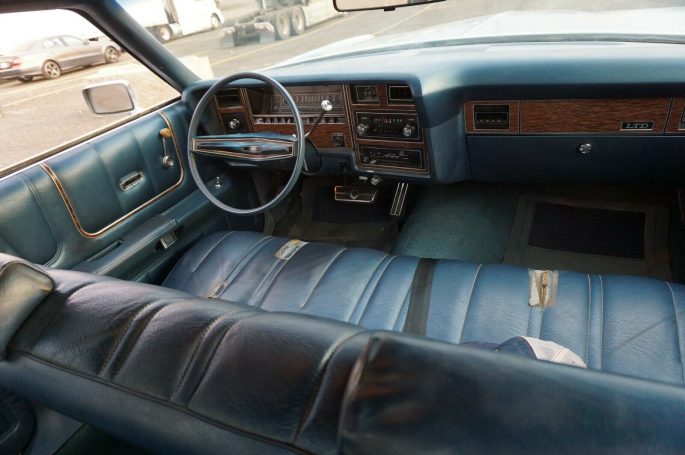 Mind Blown: There Were Helicopter Airlines In The 1960s And They Were Going To Be The Future (They Weren't) Slow Cars Fast: Don't Exceed 50 MPH With These Little Screamers!