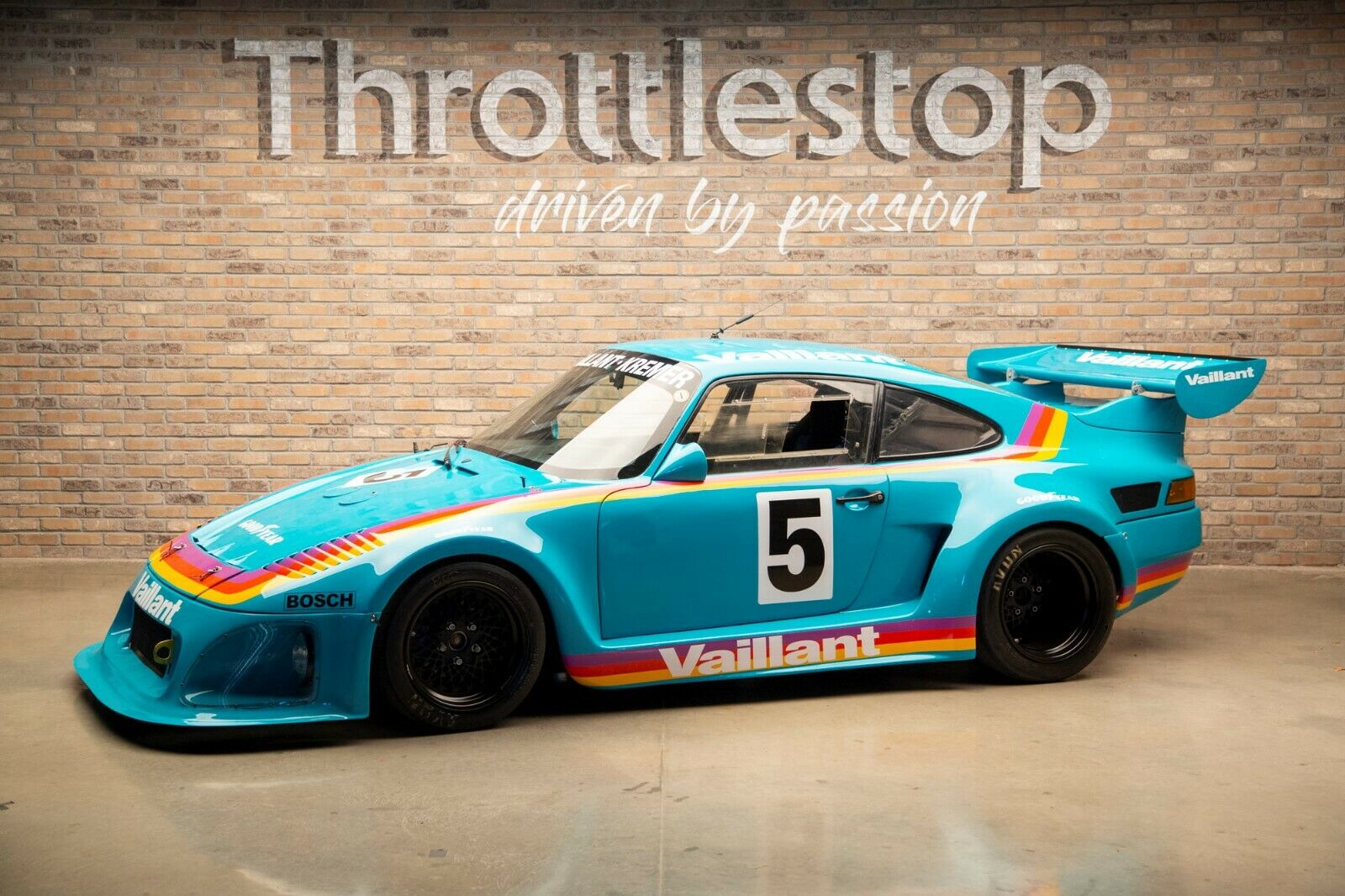 Now this right here is a beast. Everything about this car is awesome to us. From the fact that it was built in Cologne back in the 1970s by the likes of DP Racing and Kremer Racing, the fact that it has raced at big league events for decades across circuits like the Nurburgring and others, the full documentation of its ownership, and now the engine that resides in the tail.

Back when this thing was new it was a bad ass with its 3.4L twin plug racing engine. These cars were blindingly fast and epically unforgiving with that plant in them, so what did the owner of this car do? He decided to really up the ante by having Kremer Racing installs a twin plug, twin turbocharged 3.0L IMSA spec engine. This freaking thing makes 806hp and it’ll kill you for looking at it the wrong way.

The engine was not just built by some race shop, it was built by Porsche Motorsports itself and overseen by the then head of that division of the company. This is real-deal mega-money stuff!

The fantastic color scheme is what really does it for us in regard to this car. Back in 1990 a new owner acquired the car and put it to work in hillclimb events, eventually winning a pair of European championships while competing in the beast. He is also the one that applied the color scheme on the car as his sponsor Vaillant Air Conditioning used this look on every car they sponsored. Its freaking awesome. 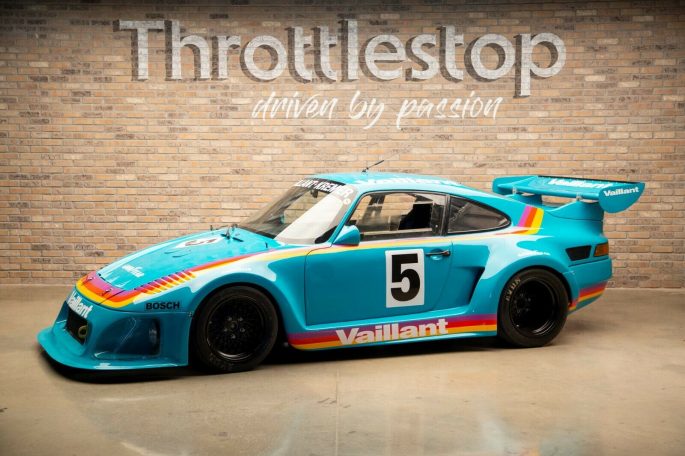 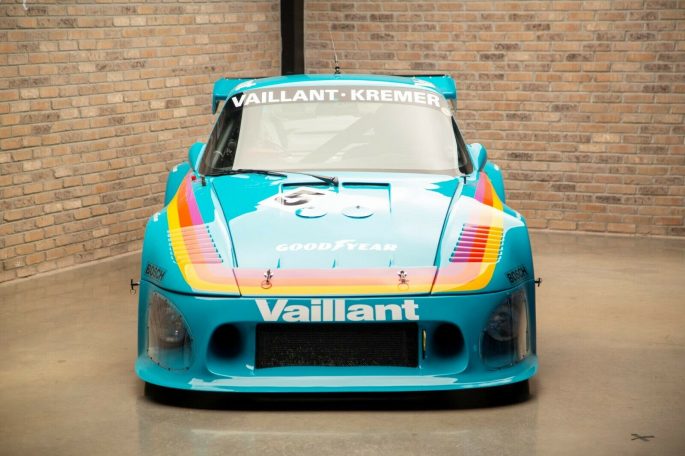 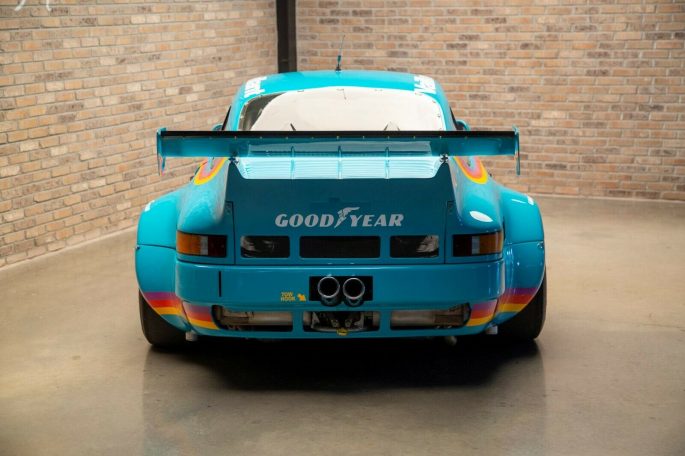 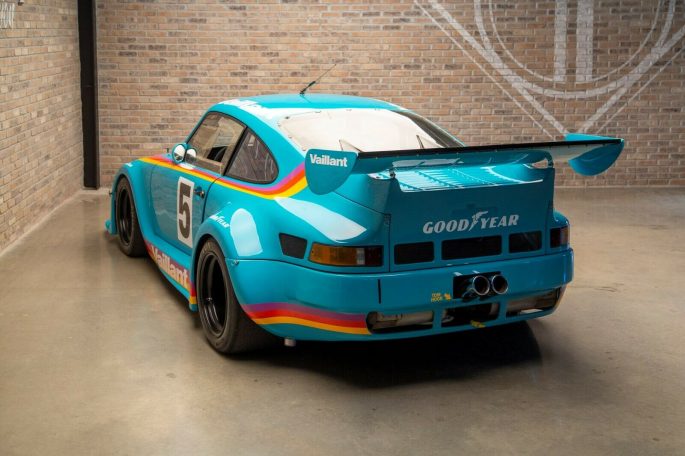 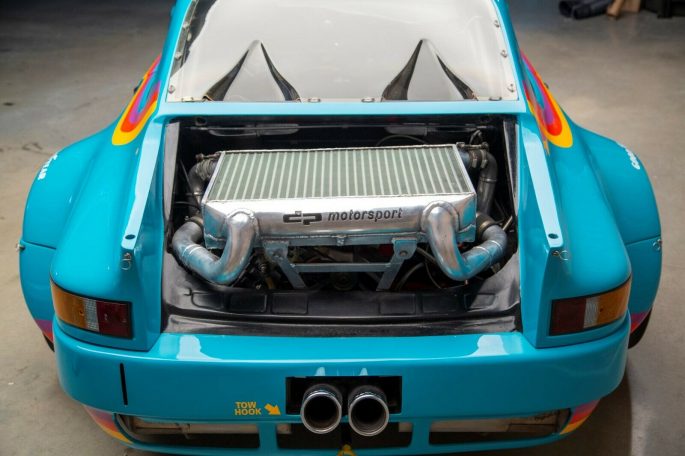 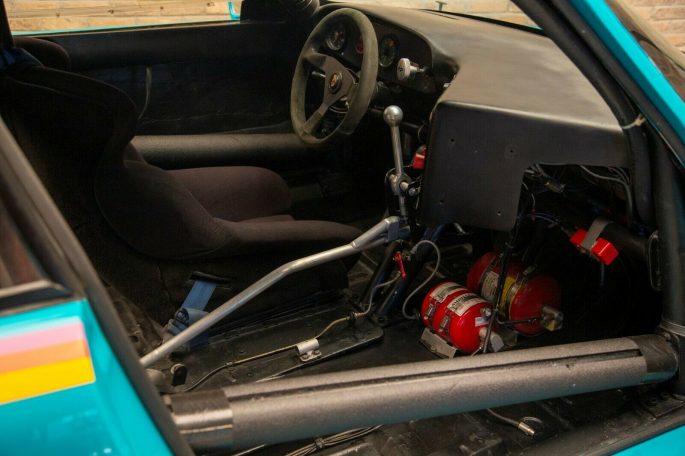