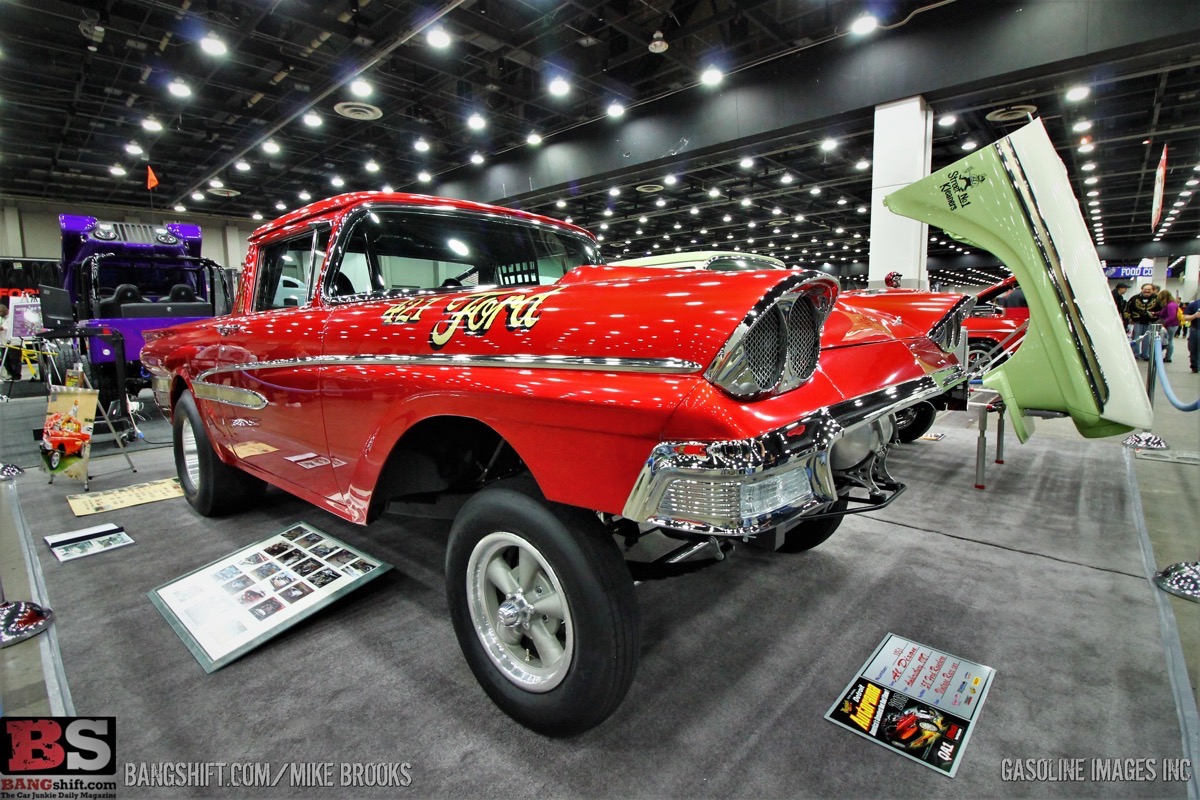 (By Mike Brooks) – There are certain things that you expect in the world of hot rodding. The Grand National Roadster show will happen in January, and the Detroit Autorama will happen in early March. Those are two bedrock institutions that have survived good economies, bad economies, wars, and all the junk that has come along in the zillion years that they have existed. What continues to be great about these events is that they showcase the present and future of hot rodding while also not forgetting their past. Hot rodding as an industry or as an art form has to evolve and change to survive and it always does.

Those evolutionary steps and changes are exposed at places such as the Detroit Autorama. Impactful cars and trucks come there to be seen and to launch the next trends and perhaps pay an homage to the trends of the past. Mike Brooks did an awesome job with his photos and we know that you’ll dig his latest dispatch from the Big D.

Southeast Gassers Photo Action! Check Out This Race Coverage and All The Killer Cars This 1979 Ferrari 308 GTS Is Kind Of Beat Up, Has What Seems To Be A Body Kit, And We Kind of Love it