This 2018 Nurburgring Compilation Of Skids, Crashes, and Near Misses, Is Must Watch Stuff 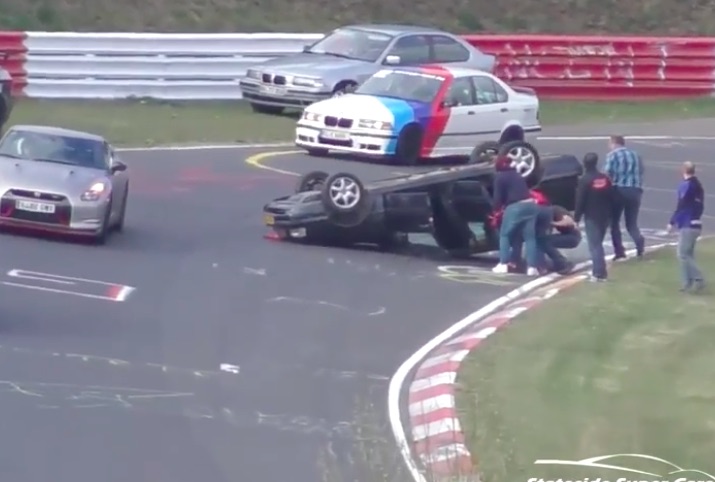 The best kind of fun to have or be involved in is the kind where it feels like the rods are about to fly out at any second but they never do.This goes for times hanging out with your buddies, times screwing around in cars, or times just laughing your backside off in the shop. In the video below we see people having that kind fun but then we see the proverbial rods come out. This is a compilation of 2018 incidents on the famed Nurburgring in Germany, the track where literally anyone can pay their money and turn their own car loose to haul ass for their own enjoyment.

The cars range from crummy little econo rentals to some of the coolest luxury and exotic stuff available on planet Earth. The talent level ranges from people who are qualified and experienced at going fast to people who should have never been allowed to leave the driveway under their own power. Oversteer, understeer, tight walls, and ill-timed braking all make for an exciting show here.

It does not appear that any of the people involved were seriously hurt, unlike some of their cars. The damages skew toward the less serious appearing side in terms of body panels but there are a couple of engines that totally barfed their guts out and that both looks and sounds expensive.

We love the fact that people can and continue to take advantage of this amazing aspect of the Nurburgring. The body shops of Germany love it, too.

Press play below for more bedlam on the Nurburgring –

Rough Start: Where Did All Of The Second-Gen Camaros Like This Go? Craigslist Find: This Indy Pace Car Edition 1973 Cadillac Eldorado Convertible Could Be Yours!

One thought on “This 2018 Nurburgring Compilation Of Skids, Crashes, and Near Misses, Is Must Watch Stuff”