(Words and Photos by Suzy Bauter, Intro by Rodney Prouty and Chad) I first met Suzy Bauter in a hotel parking lot after her and her partner in crime, and Sideway’s author, Rodney Prouty finished their final leg of the Show The Drive: Road Tour Express from Northern California in Rodney’s Camaro. She is a hoot to be around, always fun, and always pushing herself and the car to it’s limits. Here is her story, after a few words from Rodney. Sounds like he’s got a keeper.

So we’ve all heard the saying “Women…can’t live with them, can’t live without them.”  I’m not really sure who wrote that, but he didn’t have a dynamo of a girl like mine. I tell you what, there is nothing better (sexier) than a woman who stands on her own two feet, and gets it done in her life. A girl that will pump her own gas, change her own flat, hell check your oil right after she checks hers (hers is first after all she is a lady) and can talk the talk. Some girls are fine with being just arm candy, hanging on some lucky monkeys arm, but not my girl, shes not JUST arm candy, she’s in the drivers seat nailing the gas pedal, teasing the boys and building cars. She’s even writing stories helping promote the sport, so I guess he was HALF right……” women- cant live without them.”

How a Classic Camaro Changed My Life

I won’t lie: I wasn’t always a fan of the car that I commonly referred to as The Mistress.  When The Mistress came into my life I did what every significant other has probably done – I set limits. How much time and money was going to be my way of guaranteeing that the Mistress left the garage and didn’t become a beer rest for the armchair racers and mechanics of the neighborhood. I also bitched (and bitched) a lot. I feel your pain if you’re the other half of a terminal project guy; I know what it’s like to have your neighborhood ladies walking by with a look of distain as they point to your garage and whisper.

Low and behold about 18 months into our life with a Mistress and six months shy of my deadline – she came to life. Suddenly my jealousy of her, decreased. No longer (so I thought) would she command hours and hours of my partner’s time, energy and money. And, she was no beauty queen, nothing to be jealous of in the looks department for sure.

A few months later the Mister was off to the races. In the beginning I had a good time taking pictures and generally having a great sense of pride that the once-hollow steel shell of a car that he unearthed two years prior was actually driving. At this point, I had little interest in riding in the car for fear the doors would fall off if we hit a pothole, and driving the Mistress was out of the question.

Fast forward a year or so and the Mistress remains firmly rooted in her position within our family and consequently in our driveway – pushing my grocery getter to the curb. At this point, I’ve tired of taking photos and bragging about Mister’s handiwork while standing on an abandoned airport tarmac for hours and days on end. Additionally, the Mistress now has a pretty paintjob, matching wheels and the rubber-equivalent of a closet full of Christian Louboutin shoes. Jealousy finally rears its ugly head. And, like any good woman eventually concludes: If you can’t beat ‘em join ‘em. Off to driving school I went and within two years of the Mistress – now called ‘Jane’ –  leaving the garage, we pushed my shell of a racecar project into the garage and started working on a whole new project.

Now, you say: ‘How the hell is that changing your life?’ Well, let me tell you. Not only does a woman (regardless of her age) driving a classic Camaro get a lot of attention, it also gives you instant credibility with the racing crew. Suddenly my weekends were filled with friends, laughter and camaraderie. Supportive coaching, great advice and post race festivities became the weekend norm. 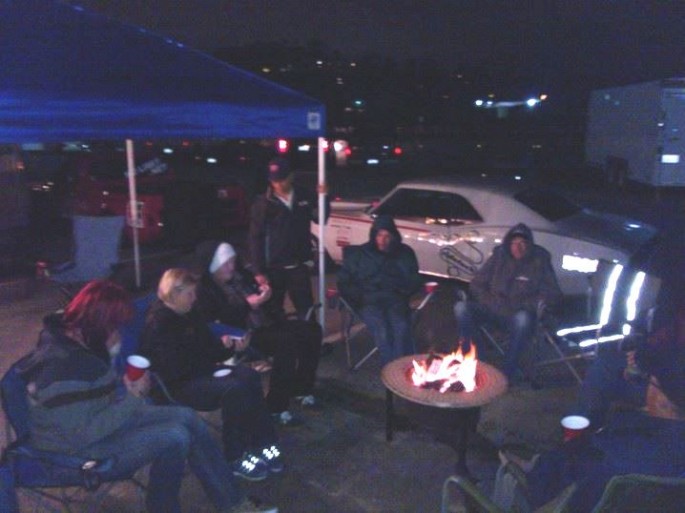 As a couple, Jane became our bitch – we used and abused that gal a couple of weekends a month. Frankly, I used her like a single guy uses his sister’s baby to get chicks, only I was after magazine coverage and sponsorships. 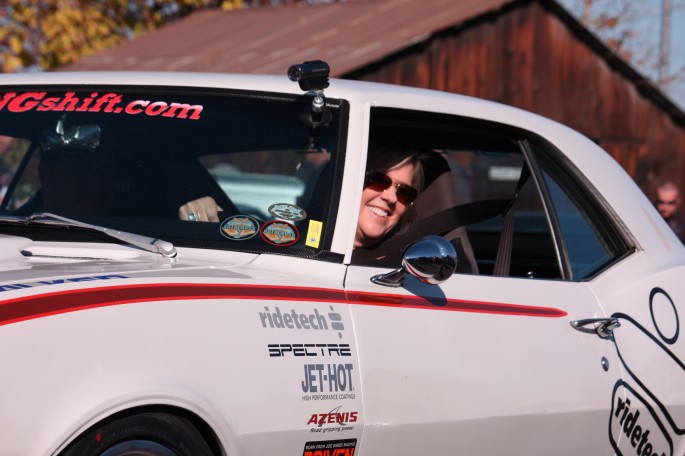 Jane has been seen all over the world by magazine readers and forum followers and we have met people from all over the country (and world!) and forged friendships to last a lifetime. The Mister has gained recognition for his knowledge in Camaros, suspension and autocross racing and finds himself relied upon daily for advice.

And now, we forge a new path as we move to the middle of the country from our safe-haven in Northern California so that my old man can take a job with one of the preeminent performance suspension manufacturers in the world. Thanks to the Camaro, I have friends for neighbors in a place I’ve barely visited, encouragement and advice that is invaluable and a support structure from coast-to-coast. I could never embark on half of what I’ve done in the last two years and will do for the next several, if it weren’t for that Camaro.

Now, off to figure out how to get our crap-intensive hobby across the country. Come by and say ‘HI’ if you see us at the track! [We’ll be the couple with huge smiles on our faces…oh wait, that’s how we all look trackside.] 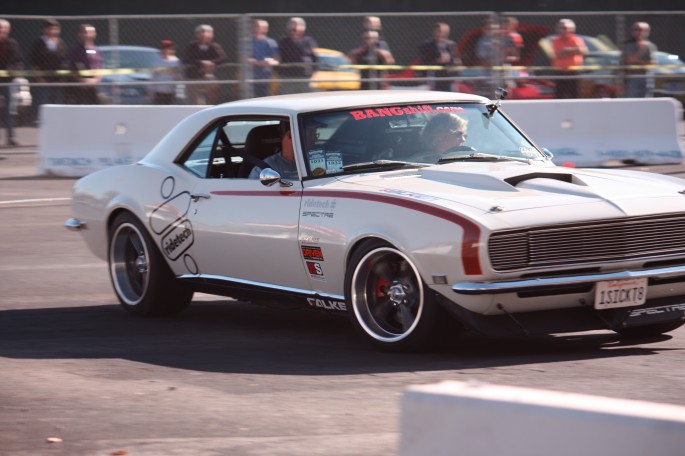