Insane Video: Watch This BMW Launch 15ft Into The Air After Hitting A Boulder At 70mph – Crazy Stuff! 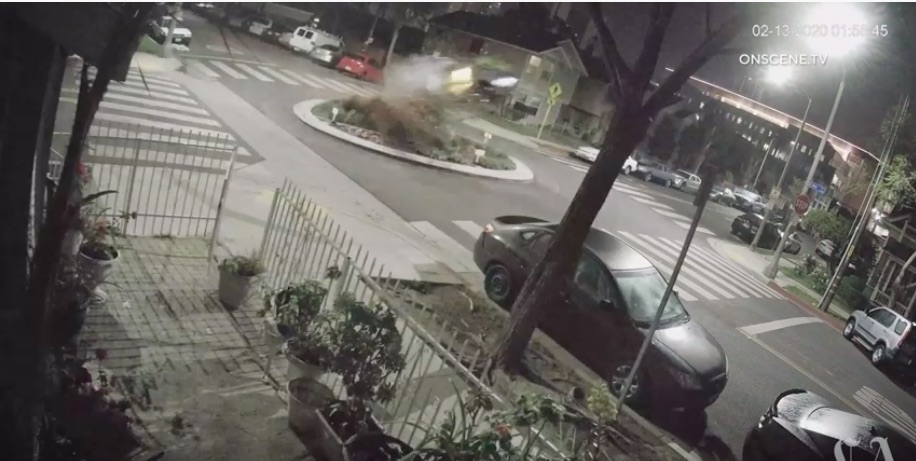 Drunk driving is the worst. It’s dangerous, it is stupid, and it get loads of people hurt and killed every yeah. Amazingly the woman driving in this video was not killed but her car was as was at least one other. Yes, you are going to watch this BMW launch 15ft into the air after hitting a boulder at 70mph. The boulder was in the middle of a small traffic circle which she apparently didn’t see or wasn’t conscious to see in the moment. The speed estimate comes from people on the scene and various videos that we have watched. This is 100% the wreck of the year so far.

Aside from the height and distance national records, there’s also the matter of the boulder. Yes, the very rock that sent the car skyward also tumbled like a marble and completely destroyed the back of a 5th generation Camaro. That thing looks like a write off as well. The BMW is shown in the aftermath as the wrecker driver is working on loading it. It looks like a 3-series to us and it definitely has some M-sport material on it but we’re not sure if it was an M3 or not. It really doesn’t matter because that thing is heading to the wrecking yard sooner rather than later.

This is just amazing video and the best part is that no one was killed. Don’t drink and drive, please. We love cars and our friends too much to put them all in jeopardy by doing that. We hope you feel the same.

Press play below to see this insane video a DUI wreck in Long Beach, California –

9 thoughts on “Insane Video: Watch This BMW Launch 15ft Into The Air After Hitting A Boulder At 70mph – Crazy Stuff!”