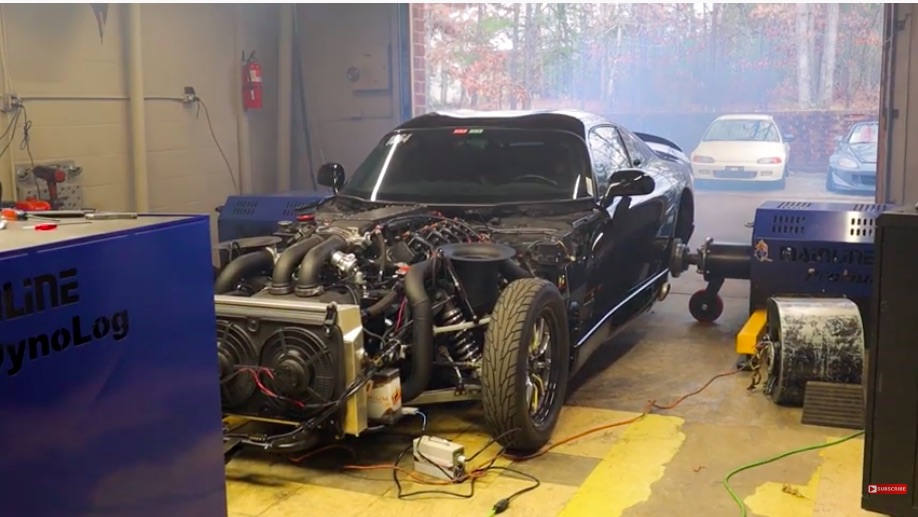 Sal Patel’s Dodge Viper is insane. It still has a V10 in it, it runs 6-second quarter mile times, it has run massive speeds, and it does it all with the correct engine and a factory body, not some weirdo aero package situation. It is always interesting to see what kinds of power a car like this is making because it shows us what it takes to get a car this heavy down the track this quickly but also it shows us what’s possible out of an engine platform like the Viper V10. The long story short is that apparently with enough boost and enough work to the long block, nearly 3,000hp is possible. From an initial pull of around 2,100 that was impressive to a maximum pull of 2,872 that is dizzying, this is one of the most amazing things we have ever seen, for sure.

We can’t say with any degree of certainty about what the basis of Patel’s engine is but we’re pretty sure it is still a stock block piece. It’s the first Viper that ever ran 6s on IRS, it set the half mile standing speed record at 227mph initially, and later went on to run 246 in the half mile, which is the rear wheel drive record, we understand.

This car would not be nearly as cool if it had some other engine in it other than the one Dodge intended to live in the nose form the factory, right? Sure there’s a load of money into it but who cares. Patel has been hurting feelings with this thing for a decade and it sure seems like he’s just getting started!

BangShift Question Of The Day: You Get Your Hands On A 1974 Capri...What Do You Do With It? Insane Video: Watch This BMW Launch 15ft Into The Air After Hitting A Boulder At 70mph - Crazy Stuff!