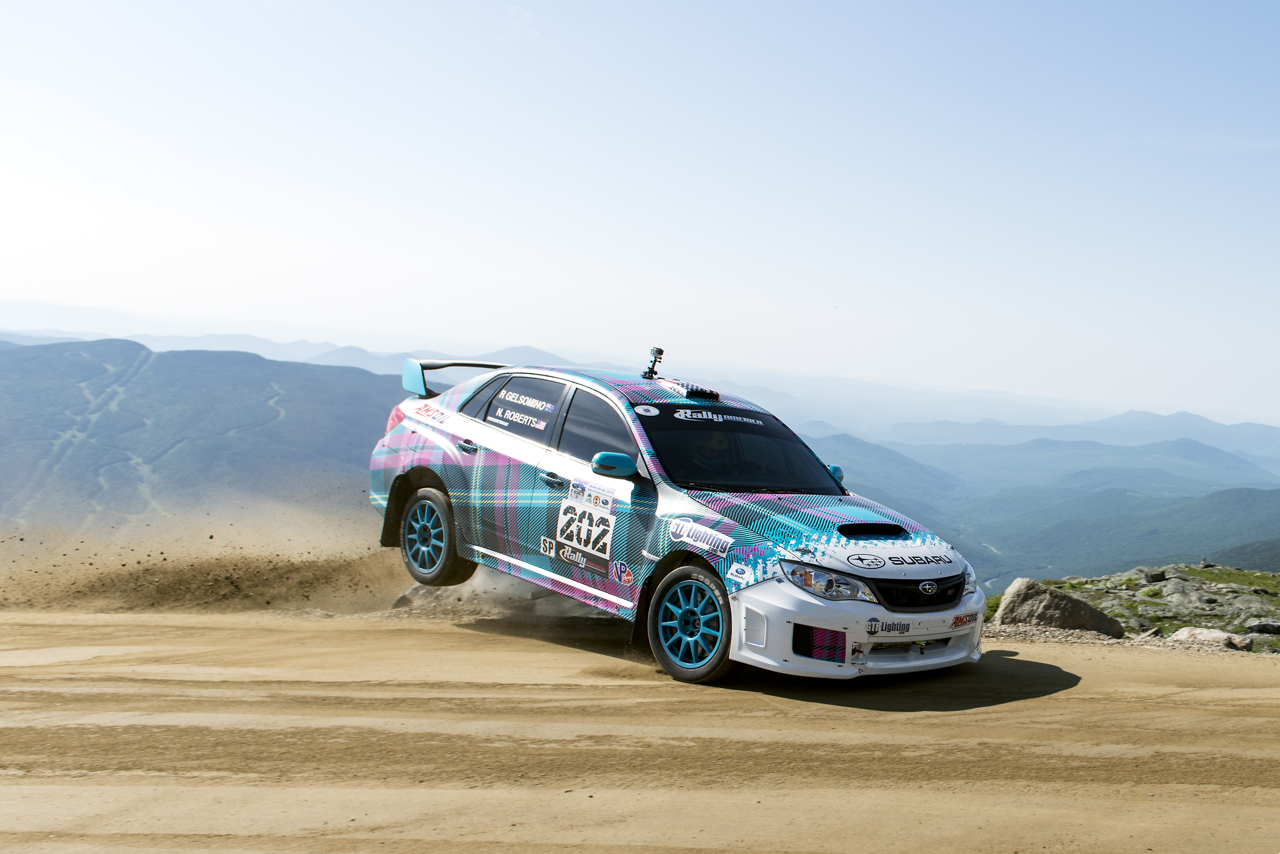 (Words and Photos by Joe Staska) – David Higgins with co-driver Craig Drew broke the Mount Washington Climb To The Clouds record set in 2011 by roughly two seconds with an official time of 6:09.09! The car this year was around 500 pounds heavier and 100 h.p. less powerful, but, about 160 pounds of that weight was Craig Drew the co-driver, which David Higgins did not have when he set the record in 2011.

Travis Pastrana and Chrissie Beavis did their best to chase the time but fell short with an official number of 6:12.29. It was a dogfight, but the Pastrana team could not break the record set in 2011. Team Pastrana suffered a puncture and extreme blowout in the first run and amazingly still finished the run with a respectable time of 7:07.81. The choppers were blowing dust everywhere and made for some cool photo ops. It should be fun to watch on tv in a few weeks.

(Editor’s note: The climb to the clouds has been one of the coolest “on again-off again” automotive events in the country. Thankfully it is currently in “on again” status and we hope it stays that way for a long time. Think of this as the eastern version of Pikes Peak…because it is. The course is partly asphalt and mostly dirt. This year the event took place on the same weekend as Pikes Peak and there were tons of cool cars there. Joe sent us a few photos of the Subaru contingent getting nuts and we figured you would enjoy them. We’ll let you know when the TV broadcast is slated to happen and where.)
CLICK THE BUTTON BELOW TO SEE JOE STASKA’S AWESOME PHOTOS FROM THE 2014 CLIMB TO THE CLOUDS UP MOUNT WASHINGTON –
button” text=”CLICK HERE to see some wild action from the 2014 Mount Washington Climb to The Clouds”] 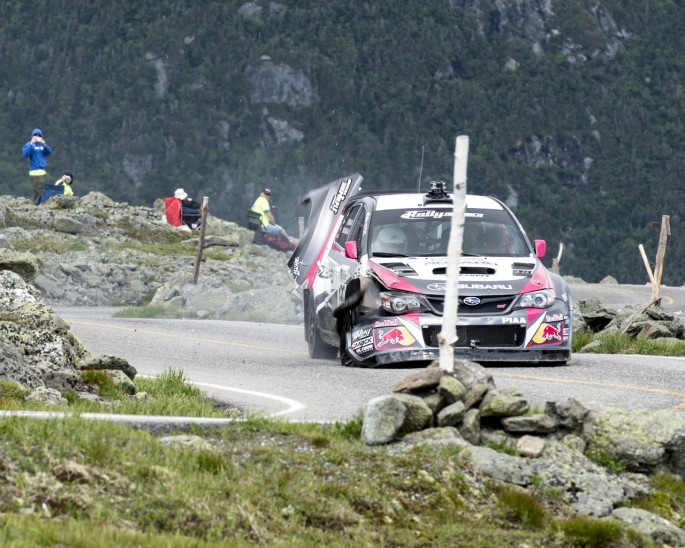