Last Of The Gladiators: This Documentary About The Career Of Evel Knievel Is Awesome

Jun 16, 2020Brian LohnesApex Video, BangShift APEX, BangShift News, ENGINES, HISTORIC, MISC, RACING & ACTION, VideosComments Off on Last Of The Gladiators: This Documentary About The Career Of Evel Knievel Is Awesome 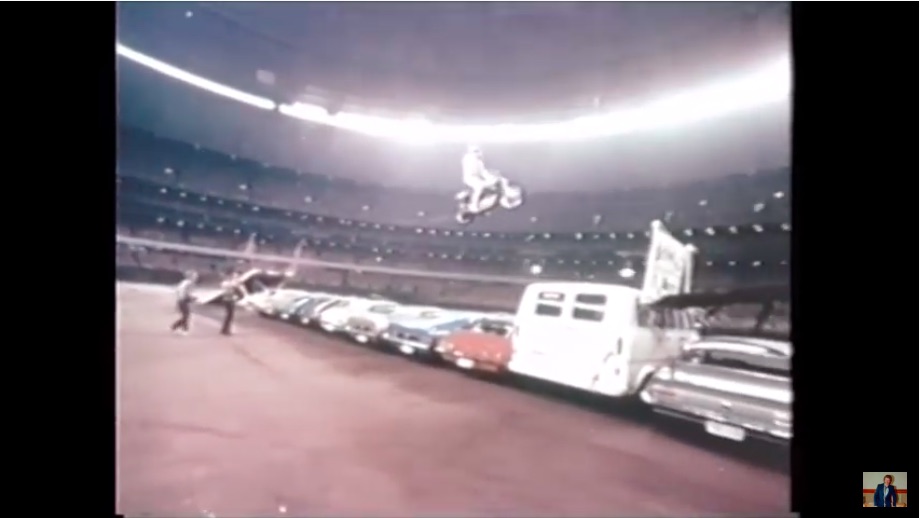 When it comes to people who carved their own spot out in America, few have the story of Evel Knievel. The guy as not pure of heart and soul but he was full of piss and vinegar and that’s what rocketed him to international super stardom during the 1970s. For a span of a little more than half a decade, Knievel was among the most famous people on Earth. He alternated between mind-bending wealth and bankruptcy as he spent the money as freely as he made it.

He drank, he jumped, he womanized, and he fought. During a time before cell phone cameras and the internet, he lived wide open and at the same time had children’s toys made in his likeness. This film captures all of that in a really neat way. Much of the story is told through Knievel’s words and the footage from his jumps, but the inclusion of movie footage, interviews with friends, and more is what really kicks this one over the top.

You’ll see stuff in here that you have never seen before and that is saying something in today’s day and age.

I have always personally struggled with Knievel as a figure. Why? Because at base he was not a great guy. He used people up and spit them out. He was much of the very thing that he told others not to become, and he was as a man, just not the best example of how to live. All this being said? He was one of the bravest people to ever walk the Earth. That’s the duality of the guy.

This film is awesome.

Press play below to see this awesome film, Evel Knievel – Last Of the Gladiators

The Greek's Great Weekend: Watch Chris Karamesines Make His First Career NHRA Final Round In Montreal Circa 1990 High Speed Exit: Watch This Porsche Hurtle Off The Course At Mid-Ohio Backwards At High Speed!