Great Video: The Weekend They Made Bristol Motor Speedway A Dirt Track – World Of Outlaws Action On The Wildest Short Track In The Country 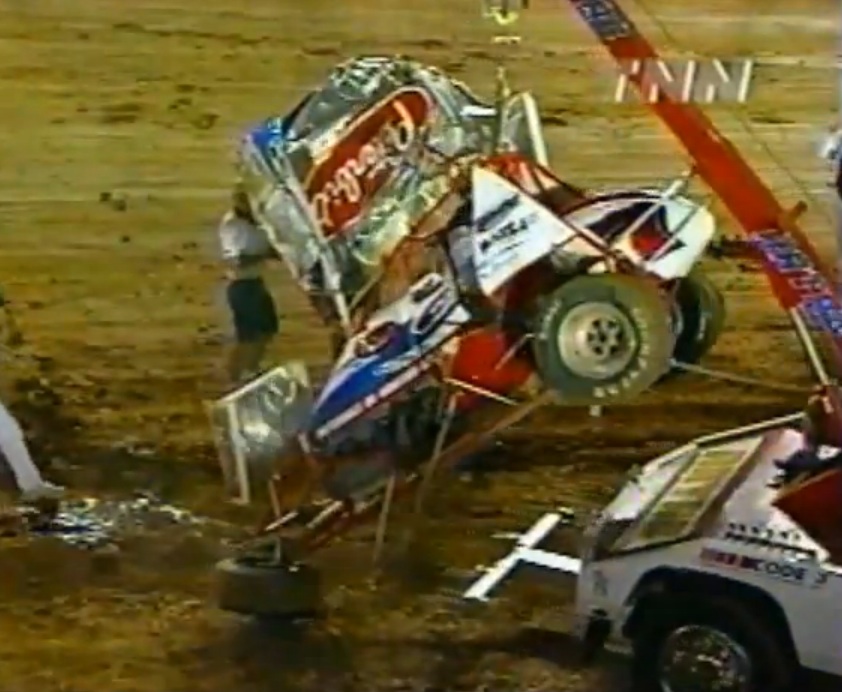 It was an insane move that people initially scoffed at when the suggestion was made but eventually everyone came around. When officials at Bristol Motor Speedway were approached about running World of Outlaws cars and replacing the surface with dirt then hmmmed and hawed and then called in the dump trucks. Several readers told us about other tracks that have been making the same transition. About 15 years ago, one of the most famous circle tracks in the country, Bristol Motor Speedway, made the switch as well, for one weekend.

More than 1,400 truckloads of clay were brought in and the famous bullring was coated to facilitate the craziest weekend of World of Outlaws competition that may have ever been. More than 45,000 people a night witnessed all the biggest Sprint Car drivers in the nation haul ass at more than 160 mph around the track. There was wreckage, thrills, and spills that have left fans of the series longing for another trip to the track.

It may never happen again, but it did happen once, and we have the video. We’re going to give you the first of an 11 part series that shows the entire TNN broadcast of the race. Bonus points come in the form of host Steve Evans leading the coverage in his patented style.

2 thoughts on “Great Video: The Weekend They Made Bristol Motor Speedway A Dirt Track – World Of Outlaws Action On The Wildest Short Track In The Country”