Let’s Go Supermodified Racing! Ride Along During A Race At Sandusky Speedway – Awesome 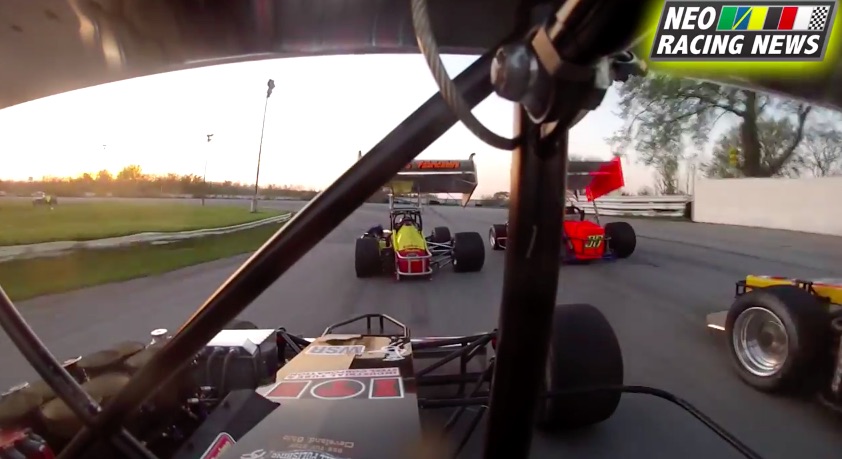 With a big block Chevrolet hanging off the left side and competitors mere inches from the open wheels on the right, there can’t be anything more intense than driving a real-deal Supermodified. No matter the length of the track, the banking, or anything of that nature, the Supermodified is pretty much the supreme king of the circle track world. No, they do not get the attention that stock cars do but if you ever get the chance to see them, you have to. Once you see this class of cars clash on a track you’ll be hooked. It is like watching drag races with a couple of turns in the middle. When the guys stand on these things they accelerate at a blinding pace.

When we’re watching videos like this one it is not the speed that is intimidating but rather the proximity of the cars on the track to each other. Obviously the “comfort level” increases with seat time and that type stuff but it is just amazing how close these guys get to each other without crashing. Being completely ignorant to the proclivities of this type of racing we’re not exactly in a position to analyze anything but when you watch driver Jim Paller slowly but surely reel in the guys in front of him it is really impressive. Having the stones to stand on the brakes last and get on the throttle first definitely has value!

Supermodified racing started in the 1950s and while the cars vary some depending on where you live in the country they all have some things in common. Radically offset engines, about 70% of the weight on the left side of the car, and giant wings that help to squash them into the track. Depending on track length speeds can be 120mph on the shorter stuff and 190 on the big ovals like Phoenix. These things are beyond gnarly.

Press play below to see what it is like to do battle in a Supermodified  – Crazy stuff!

Satellite Launch: Digging A Long-Dead Plymouth Out Of It's Grave! Rust And Rarity: This 1970 IH Travelette Is A Project That Needs Finished!

One thought on “Let’s Go Supermodified Racing! Ride Along During A Race At Sandusky Speedway – Awesome”