Mr. Bean Helped Save A Rich American Guy Who Wrecked His McLaren F1 In Italy 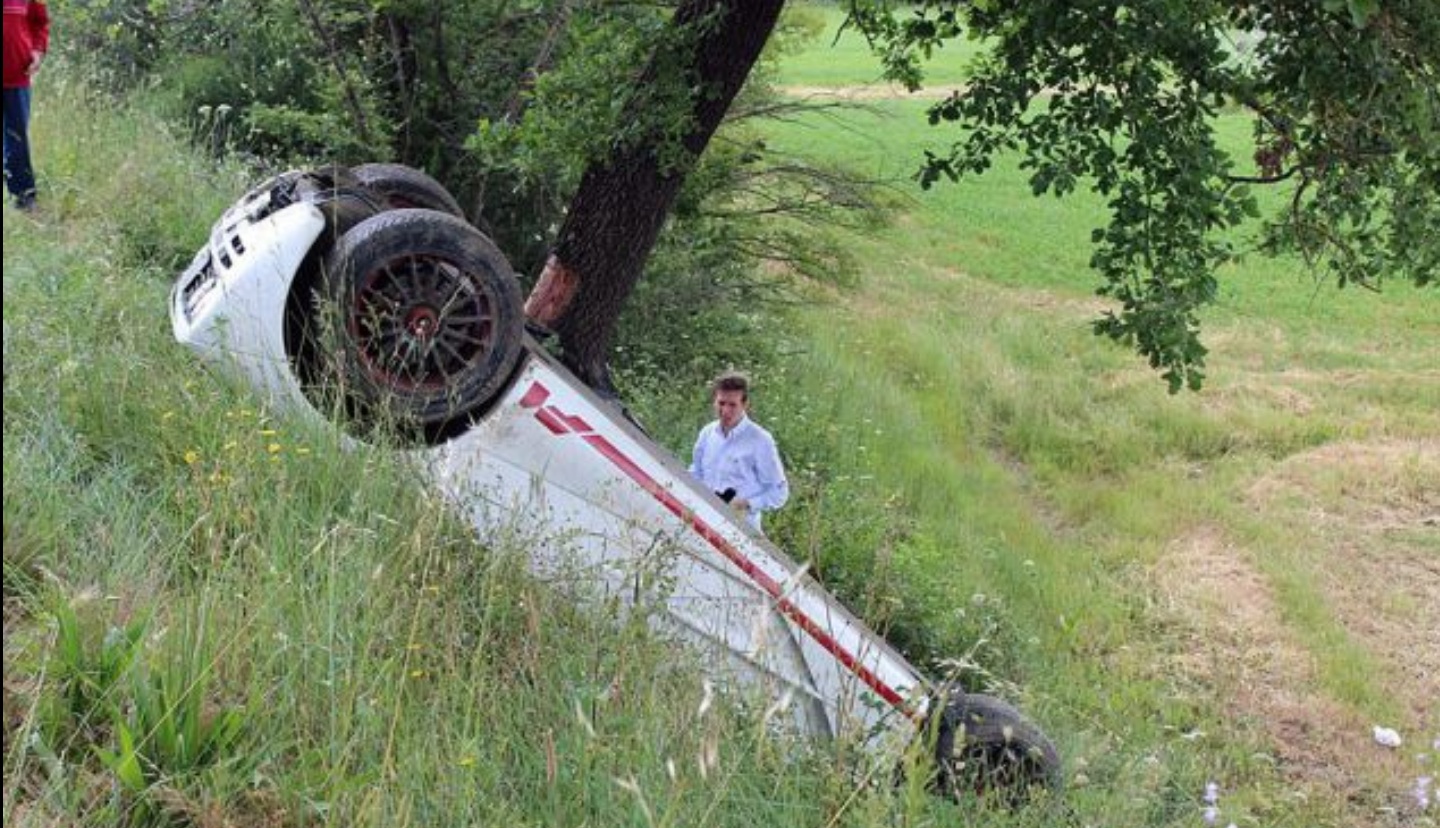 Rowan Atkinson, the British actor who plays the role of comedically weird Mr. Bean on stage and screen recently help rescue a rich American businessman who wrecked his McLaren F1 while on a driving tour of Italy. Atkinson is a big time car guy and was part of the tour so he was one of the first guys on the scene of the wreck. The cause of said wreck has yet to be determined but let’s just go out on a limb and do some deductive reasoning and say that speed could have been a factor. Not that anyone on a driving tour with a group of ultra-exotic hyper cars would ever want to step out a little and have some fun with their own uber expensive and rare machine, but if they did and their talent level ran short, rolling the thing down an embankment may be a result.

Atkinson is one of the few people on Earth uniquely equipped to help in this situation as he once smashed his McLaren F1 into a tree and racked up a repair bill for more than $1,000,000 a little while back. The story on the American guy that crashed his car, according to the Daily Mail is that he lost the handle on the car, spun off the road, crashed into a tree in an olive grove and then the car flopped down a hill, landing on its roof. Apparently, Atkinson rushed to the guy’s aid and helped to get him out of the car. The driver’s name has not been released but his injuries must have been pretty serious as they flew a chopper in to take him out of the situation and to a hospital for care. We’re not sure if the McLaren is going to be fixed or scrapped out, but we’re assuming it will be fixed because this guy is a major bucks kind of player who can afford it and what would you do with a wrecked McLaren F1? We’re reasonably sure that it doesn’t go to Sal’s Auto Wrecking to be picked clean of spark plug wires and seats for someone’s Honda. That’s just our guess.

SCROLL DOWN PAST THE PHOTOS AND SEE THE DAILY MAIL STORY WITH ALL KINDS OF INFO AND PHOTOS – MR BEAN’S FACE MAY NOT BE THE FIRST ONE WE WANT TO SEE AFTER WRECKING OUR JUNK, BUT HIS HELPING HAND SURE WORKED IN THE FAVOR OF THE DRIVER – 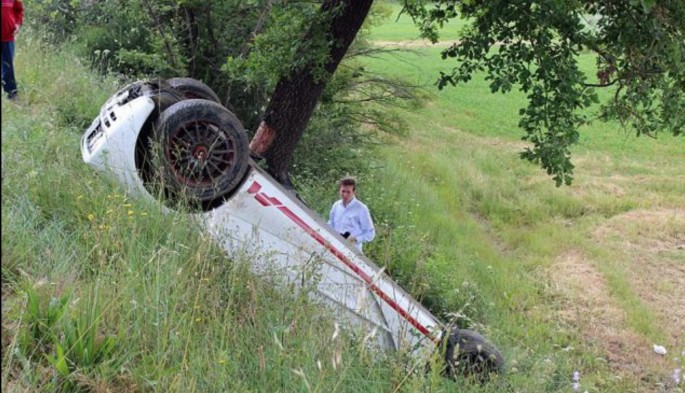 CLICK HERE to see the Daily Mail story on Mr. Bean helping to save a rich American from a wrecked McLaren
USCA Daytona Gallery: Big Fun On The Tall Banks Of A Legendary American Racetrack - Pro Touring Gets Real Watch Tim Arfons Make A Run In His Front Engine Turbine Dragster - Now With The Devil's Cigarette Lighter Fire Show

5 thoughts on “Mr. Bean Helped Save A Rich American Guy Who Wrecked His McLaren F1 In Italy”