Weird Car, Cool Story: This Guy’s Passion For His 1969 Reliant Scimitar Is Cool – Ever Seen One?! 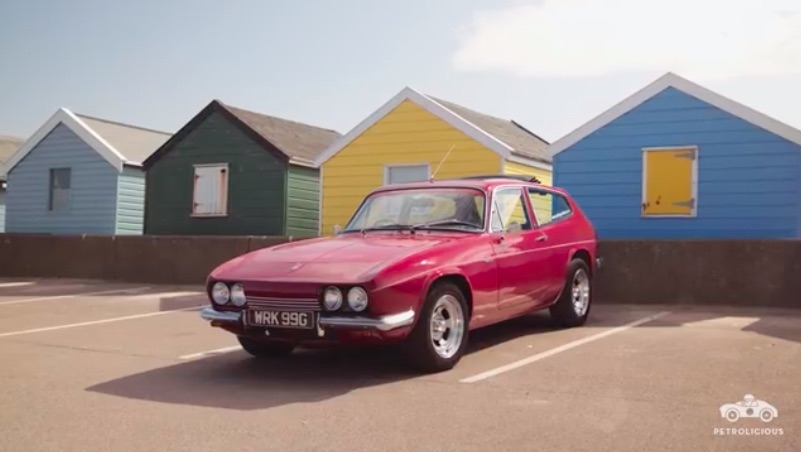 We’re constantly fascinated by automotive enthusiasts that do not follow the well beaten path that millions of others have followed. These are the people who are not pressured to be part of the club. They are not self-conscious about loving something that most others have ignored. In short, they are the keepers of the flame for the “dare to be different” side of the scene that we love a lot. The best part is that they do not all live in America, either.

In this Petrolicious video we head to England and meet a guy who has owned and love his 1969 Reliant Scimitar GTE for more than two decades. If you have no idea what that car is, you aren’t alone. The vast majority of people in the USA, England, and on Earth don’t. The most famous (infamous) car that Reliant ever made was the three-wheeler Robin. This comparatively big grand touring car was a top of the line offering from the company.

By time they built this car, things were not exactly hunky-dory for Reliant. Not having the funds to develop their own engine, they shoved a Ford V6 under the long hood of the Scimitar.

We dig the fact that the owner has taken such care and had such enthusiasm for this car over the last 20 years. He has modified it, he has maintained it, and he has driven it. No matter what kid of car you own and drive, we know that you’ll understand the passion for the dude in this video.

Guest Editorial: There Are Two Guaranteed Million Dollar Bracket Races In 2020 - Time To Be Concerned? Incredible Dyno Video: Watch More Than 25,000hp Get Put To Work On A Hub Dyno!

5 thoughts on “Weird Car, Cool Story: This Guy’s Passion For His 1969 Reliant Scimitar Is Cool – Ever Seen One?!”