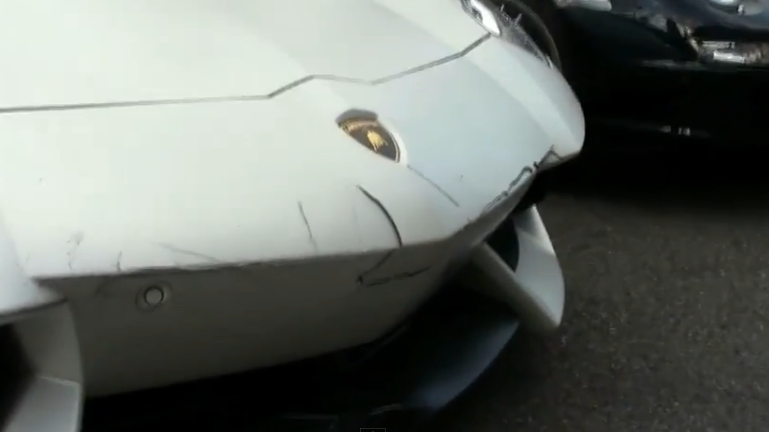 In high school I had a buddy that worked at a car wash/ detail shop. He had worked there for years and the place was kind of our clubhouse/hang out. Anyway, when you do stuff for years you tend to get a little too comfortable with your work environment and that is when mistakes happen. My buddy was sweating his you-know-whats off one day and decided to hope into a customer’s car in the detail shop, fire it up, and used the air conditioning to cool down. He was doing just that in an Isuzu Trooper when a customer pulled into the car wash and he snapped into action. He snapped a little too quick because when he let the clutch pedal out in the Isuzu it took off and drove straight through the build out style office that his boss worked in. His boss was not in at the time or else this would have been a much less humorous story.

That story has nothing and everything to do with the video below. How? Basically the valet who was thrown the keys to park this Lamborghini was doing an OK job of things while a crowd of people with cameras and jaws agape stood by watching. After managing to get the wide-assed car into a parking space, all that was left was to pull the car ahead a foot or two and shut it off. Apparently, the valet had a bum left knee or something because he about dumps the clutch and ends up eating the side of some mom-driven small SUV.

Chances that this guy still has a job?

eBay Find: This Sand Buggy Was Built In 1965 And Is A Perfectly Preserved Piece Of Dune Running History Gene Fulton Built A Killer Old School Gasser And This Is Video Of His First Time Out With It - Jamming Gears And All!