Project Bargain Racement: Building A Race Car From An $1100 Hatchback. What Could Possibly Go Wrong? 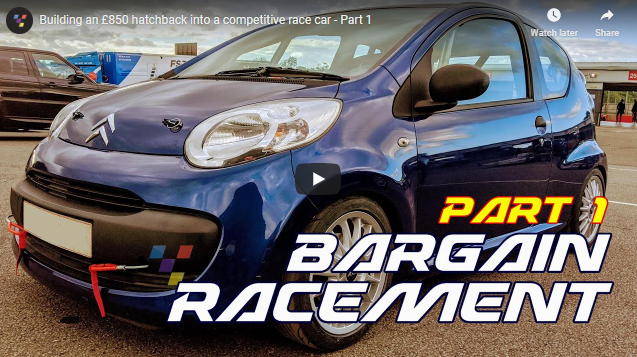 Come on, you’ve had to have heard dummer ideas than this! And it won’t surprise you to know that our friends from Bad Obsession Motorsports, the home of Project Binky, are behind this little ride as well. They of course have a plan, a reason, and an end goal, but that doesn’t mean there won’t be plenty of fun and entertainment along the way. The plan includes safety stuff, a new dash, suspension, brakes, wheels and tires, and of course lots of fun. Why? Because SIM Racing isn’t cheap!

Sure, you can build a cheap SIM Racing rig and have fun, there is no doubt. But if you want to get serious about it there are a bunch of things that can cost you a bunch of money and ultimately you are still sitting inside NOT racing a real car. Don’t get all pissy and tell us you can build a SIM rig for cheap, we’ve seen them and know, but ultimately you are still playing a video game, no matter how cool that video game is. So the guys at Bad Obsession decided that they wanted to build real, cheap, race cars and then race them in real competition against their friends. Who in their right mind would think that was a bad idea?

But how cheap is cheap? Well, they are starting with a hatchback that cost 850 British Pounds, or about $1100. Watch the video.