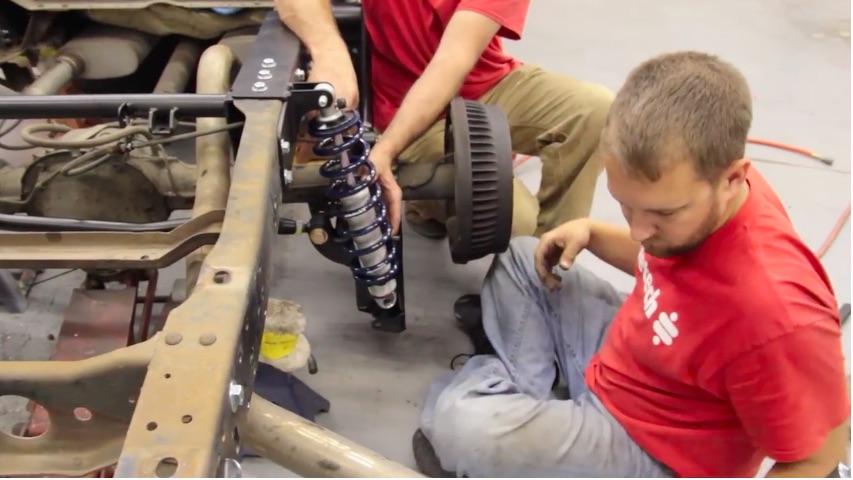 We have been telling you about RideTech’s killer StreetGRIP system for 1973-1987 C10 Chevy trucks but the company has raised the game. If you are someone who wants to really make your truck a performance handler and use it perhaps in competitive environments where maximum performance and adjustability is key, they have you covered there now as well. Yes, RideTech offers a very awesome kit that you can watch get installed and tested below. The Ridetech 1973-1987 coil over kit is designed to take your truck and give it both the stance and flat handling performance you want.

The video below takes you through the entire installation of this system on a RideTech truck that was used to help develop the StreetGrip system as well. What’s interesting is that the StreetGRIP system is designed to bolt directly to the truck using factory locations and it does a great job of making the truck more fun and responsive. This more involved kit really gets after it with the replacement of the front control arms, the addition of the adjustable coil over shocks, a bolt on C-notch in the rear, and loads more engineering as well.

We like this video because it is not all over produced or weird. It is just a straight ahead look at the job. The RideTech guys did the work over two days at their shop and it does not require any welding or exotic tools, techniques, etc. Clear instructions are provided and the end result is shown tooling around the RideTech test track in the second video below.