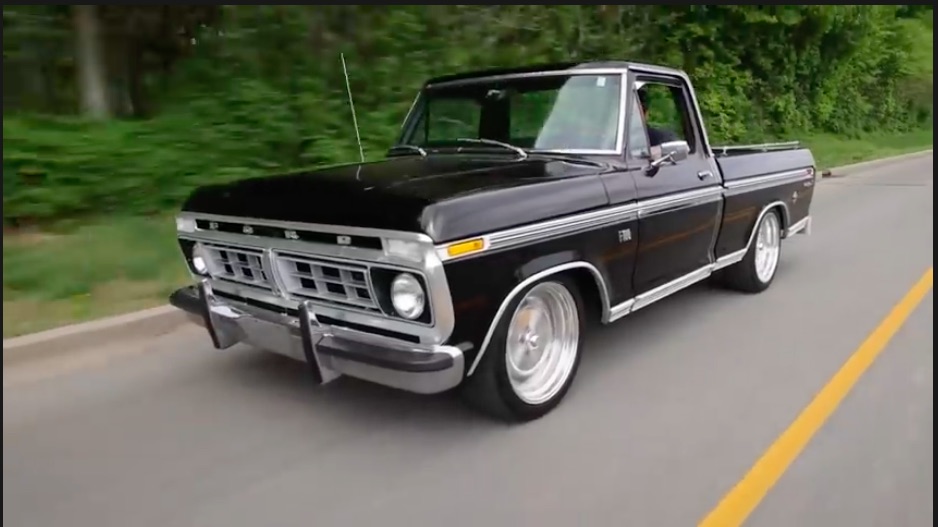 If there is an era of truck that is totally off the charts popular now it is the “bump side” and “dent side” Fords that people are snatching up as quickly as possible. They look awesome as big, burly four wheel drives but they also look totally and 100% cool as lowered trucks with proper wheels and vastly upgraded handling capabilities. There is one catch, though. The “Twin I-Beam” front suspension that these trucks had is virtually impossible to make into anything other than what it was from the factory. Unlike other trucks with traditional IFS, these Fords are not just some control arms, springs and shocks away from glory. That said, Ridetech to the rescue.

Sure, people have been doing junkyard swap style stuff with these things but Ridetech wanted to do it right and they have devised a comprehensive suspension package that starts at the front of the truck and continues all the way to the back. From the engine crossmember to the rear four link, this is not just some slap dash bandaid situation. This is a highly engineered system that works fantastically as you will see.

Is it a bunch of work? Yes. Is it the best system on the market? Yes. Do you need a welder and fabrication skills? No. This whole thing bolts on. Yes, there is cutting and drilling, and this is by far not some one day job, but the work you put in will come back to you in spades the first time you hit the road. Watch!

Press play below to see the Ridetech coil over/air suspension install for 1965-1979 Fords!