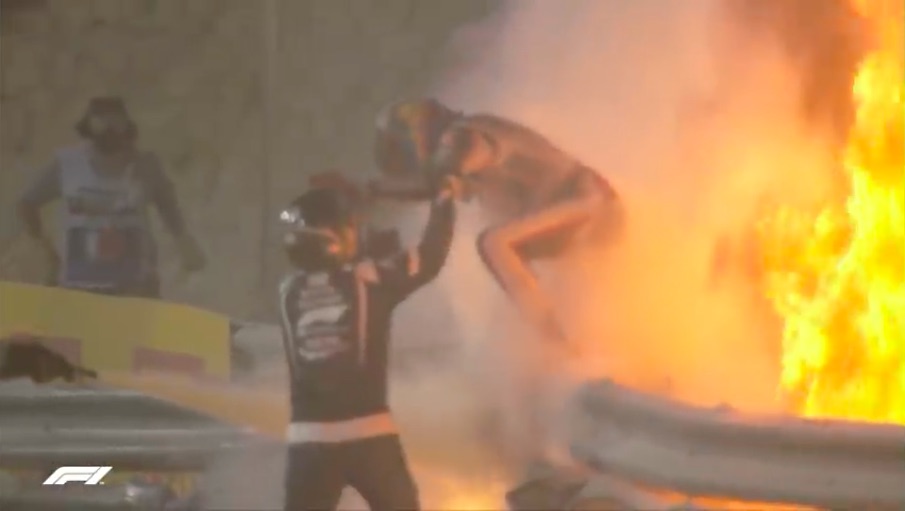 This is beyond stunning. This is the worst single F1 crash we have ever seen anyone survive and when you listen to the sport’s veterans and survivors from the deadliest days, they all agree. On the third turn of the Bahrain Grand Prix driver Romain Grosjean got into trouble and shot across the course, his car striking some double row steel guardrail (more on that ins a second) with half the car staying on the outside of the wall and the other half, on fire, sitting outside the course. At first blush this was not something that someone could have survived. And then, like straight out of the movies Grosjean literally walked out of the flames and climbed over what was left of the guardrail into the arms of safety stewards.

While not completely without injury, burns to his hands are as bad as it got for Grosjean who’s life was 100% for sure saved by the (no longer) controversial “Halo” that exists to protect the heads of F1 racers from things like flying debris. Never in a million years was it constructed to survive what it does here, but not only did it survive, it saved the man’s life.

It seems unfathomable that F1 would allow any of their courses to have steel guardrails anymore. The number of drivers decapitated by steel guardrail over the years is as shocking as it is disgusting and Grosjean would have joined their ranks had it not been for the halo.

The immediate safety response of one guy handling a dinky fire extinguisher is also kind of a shocker but the fact that this car could actually hit a steel double guardrail in 2020 is mind-boggling.

This is just jaw dropping stuff all around. 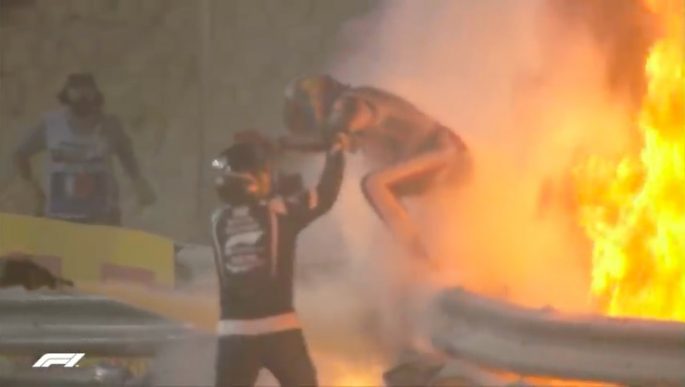