Engine Awesomeness: Get A Detailed Tour And A Seat In The Dyno Room As This 765hp Cosworth IndyCar Engine Is Tuned! 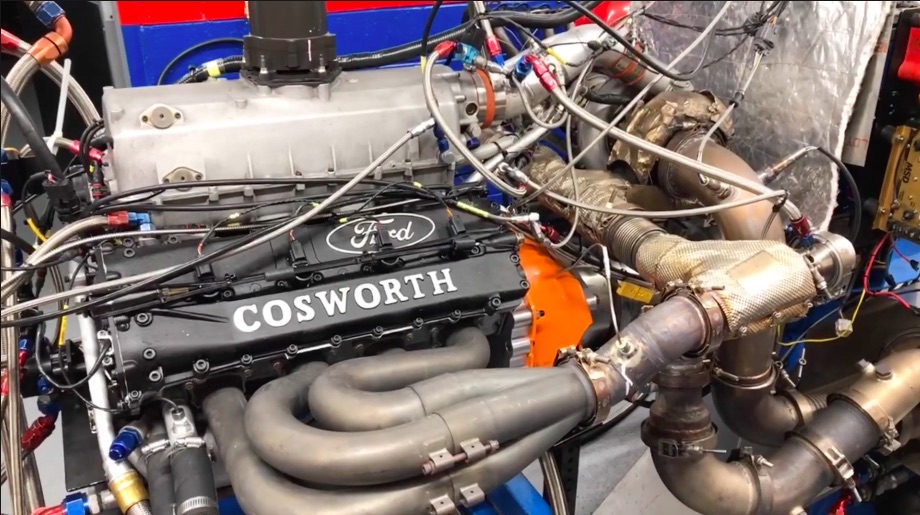 This might be our favorite kind of dyno video. This is the style of dyno video that shows us something we know nothing about, explains some of its most awesome features, and then we get to see the thing live and roar on the dyno as it makes horsepower. The name Shane Tecklenburg should be familiar to BangShifters out there and regular readers of this site.

Along with the work he does on stuff like this Cosworth XB engine, he also has tuned cars to some of the most impressive runs in drag racing history. The guy always has his hands on something cool and this time it’s a 1990s era IndyCar engine that Jaques Villeneuve drove to within an inch of its life back in the day. The engine and the car are going to be put back on the track for vintage racing and the team needed to make it work correctly. Ditching what was likely some sort of mandated 1990s system from the series, they have swapped it all over to MoTec control and that’s where Shane comes in.

It is one thing to hear this engine turn to 12,000 RPM and make its 765hp but it is wholly another to get an amazing tour of the engine and all the details that make it cool. There are things on this engine that seems kind of rudimentary and crude by 2020 standards but there are other things that seem pretty advanced for its era.

The V8 is about 2.6 liters, has a single turbo, and once Shane and the guy at Roush get done with it, the thing makes more power than it did new! How radical is this?!

Press play below to see this awesome look at tuning a 1990s era IndyCar engine!

The Hoonicorn's Last Ride? Ken Block and Ford Split, This Could Be The Last Time He Mangles Four Tires At A Time Enter the Blackwing: Cadillac Has Two Blackwing Sedans Coming And They're Ready To Throw Down

One thought on “Engine Awesomeness: Get A Detailed Tour And A Seat In The Dyno Room As This 765hp Cosworth IndyCar Engine Is Tuned!”