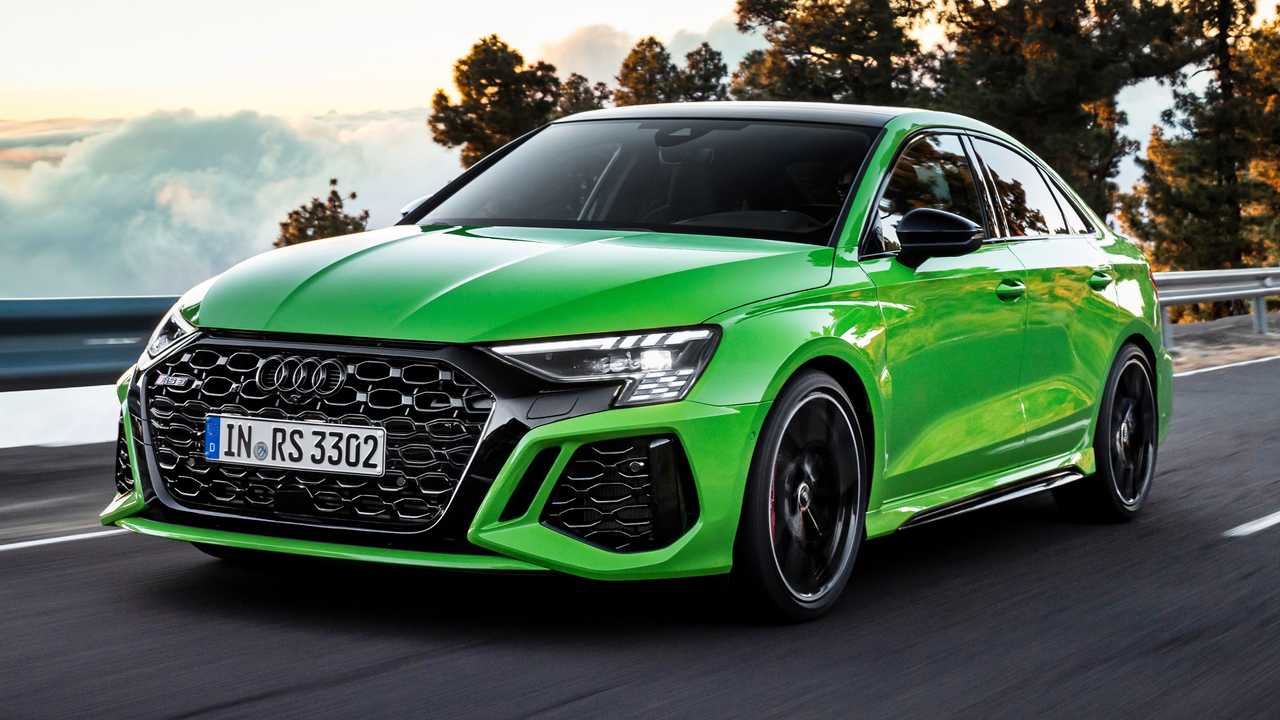 (By Tom Lohnes) – Thank the German gods, the Audi RS3 has returned and it is still packing that glorious five banger.

Making 7 more horsepower than before, the 2.5L turbocharged inline-5 in the RS3 makes a whopping 401 horses, all routed through a 7-speed DCT to all 4 wheels through Audi’s famous Quattro AWD system. 0-60 for the new RS3 is a wildly quick 3.6 seconds, beating the ever-quick Mercedes CLA45S by a tenth of a second. Styling-wise, the RS3 gains Audi’s new RS-specific design language, with Matrix LED headlights that will light up in a checkered-flag shape and the name “RS3” in a little show when the car is started. These lights surround an enlarged black grille, with the RS3 logo and the quattro logo written in large text on the bottom.

Other than style, the RS3 gets a new torque-vectoring system very creatively called the “RS Torque Splitter”, that can put up to 60% of the car’s rear-end torque to either wheel when needed. New for the RS3 is a drift mode, which will send about 90% of the power to the Rear wheels, but won’t completely disconnect for those massive powerslides.

So, will you be buying an RS3? Judging by the current RS3’s $56,000 starting price, the new one will likely be around 60 large right off the dealer floor. 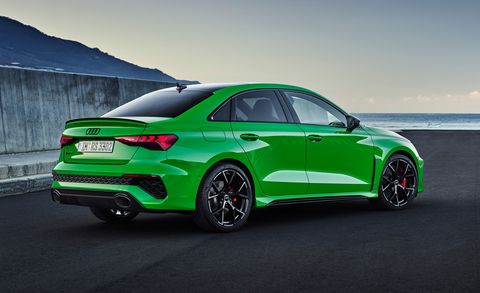 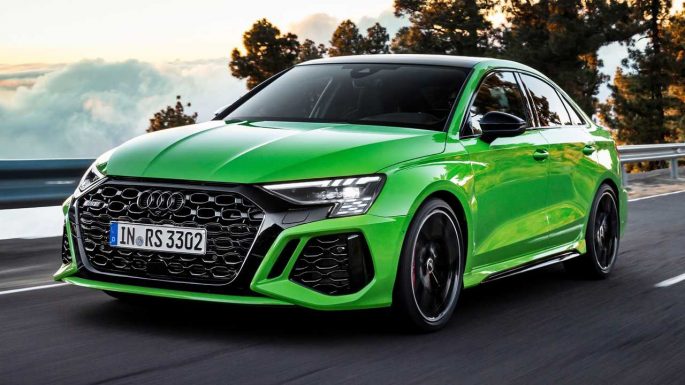 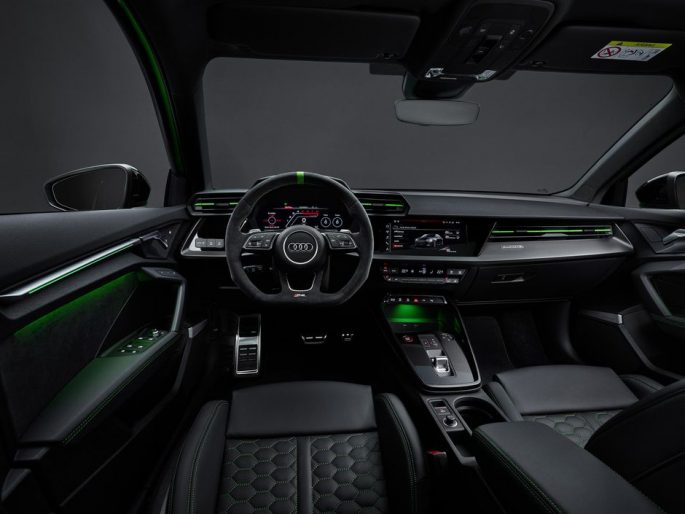 So Long, Stinger: Kia Announces The End Of Production For the Kia Stinger Sports Sedan Watch Eddie Hill's Insane Wreck From NHRA Sonoma 1997 - He Was Back At The Track The Same Day!