This 1973 Camaro May Look Like It Stepped Out Of The Late 1970s But It Sure Doesn’t Sound Like It! 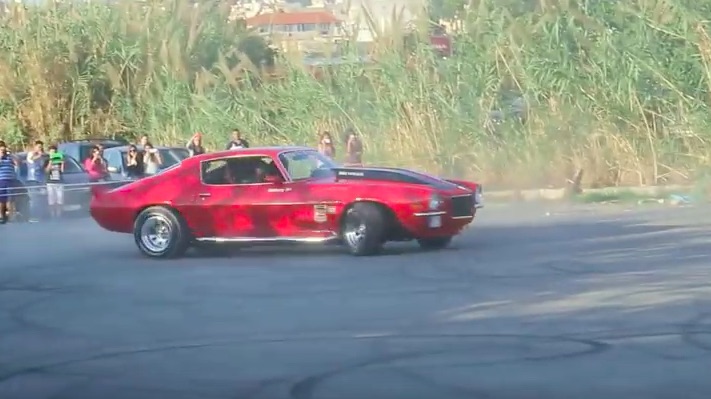 With the side pipes, raised white letter tires, cowl hood, and chin spoiler, this clean 1973 Camaro has the look of a car that stepped right off the pages of a later 1970s Hot Rod Magazine but don’t let the looks fool you. As the title of the vide embedded below gives away, this thing is not powered by a small block, a big block, or a V8 of any kind. In fact, it is getting its suds from the combustion taking place inside a boosted and really angry sounding Toyota 2JZ inline six engine, the likes of which you would have found in a Supra back in the day.

Guys have used the 2JZ to destroy performance barriers on the drag strip and other places for years. They can handle vast (like 2,000hp) using major factory components like the block and they LOVE the boost. As you can hear int he case of this car, the thing has no problem lighting up those wide radials on the back of the Camaro and keeping them spinning is less of a challenge than keeping the engine from running away and clipping the rev limiter…which it does a bunch.

We’re not sure what country this was filmed in because it is not directly stated but the the license plate appears to have Arabic writing on it so we’re going to assume it is somewhere the Middle East. We know that American muscle cars and classic cars are highly prized commodities in many of the countries over there and the guy in the Camaro seems to be the featured attraction at whatever event this video was taken from. Looking around in the background of the video there does not appear to be another American car in the mix so when you combine the classic styling of this Camaro with the late model power of the 2JZ engine, you have a match that purists will hate but general interest hot rodder will dig.

We have to admit that this is the first 2JZ powered anything we have ever seen or heard with side pipes on it!