All The Torque: Watch This Electrified 1967 Mustang Make More Than 2,300 lb-ft On A Hub Dyno 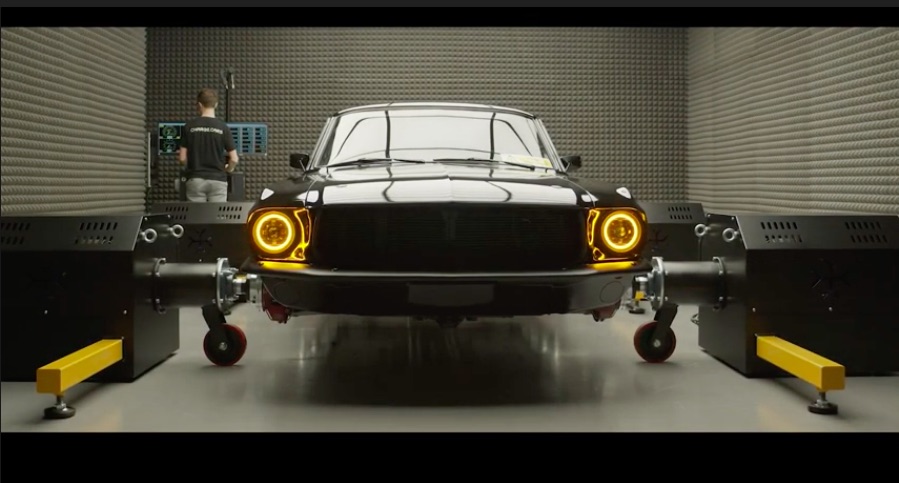 We’ve all had it beaten into our skulls that the advantage of an electric motor over an internal combustion engine is instant torque. The real question then becomes in a performance application how much torque can be made and how can it be managed, right? Well, there is a company in England called Charge Cars which is aiming to take the electrification of older cars to the next level. They are creating some highly refined, seemingly highly priced hot rods for those who are wanting the most bleeding edge tech packed into the classic shapes of iconic cars. This 1967 Mustang is their highest profile hot rod yet and we’re not kidding about the hot rod part.

Not only does this electrified fastback have a bunch of composite body panels to reduce weight, it has incredible amounts of power. This video of the car on a hub dyno shows it making a rip, humming along, and creating ungodly torque. We’re talking north of 2,300 lb-ft during the course of this highly stylized video.

We’re certainly not saying that this type of thing will ever replace the cool factor of having a big block and a stick shift, but we are saying that the development of this stuff is moving at quantum speed and while this car may be squarely aimed at those who have the net worth to buy and sell small countries, eventually it all kind of trickles down.

If you don’t think you’d be impressed going hammer down in this car, we’re wondering why. The acceleration has to be Saturn V rocket material.

The Jeep Commander Is Coming Back But It May Not Be As Authoritative As Before NHRA Nitro Time Machine LIVE: Watch RIGHT HERE At 3PM Eastern TODAY - 1989 Southern Nats with Antron Brown and Clay Millican