Grand Finale Photos: Our Tour Of The 3Dog Garage Heads To Floor Three – A Car Collection Beyond Compare! 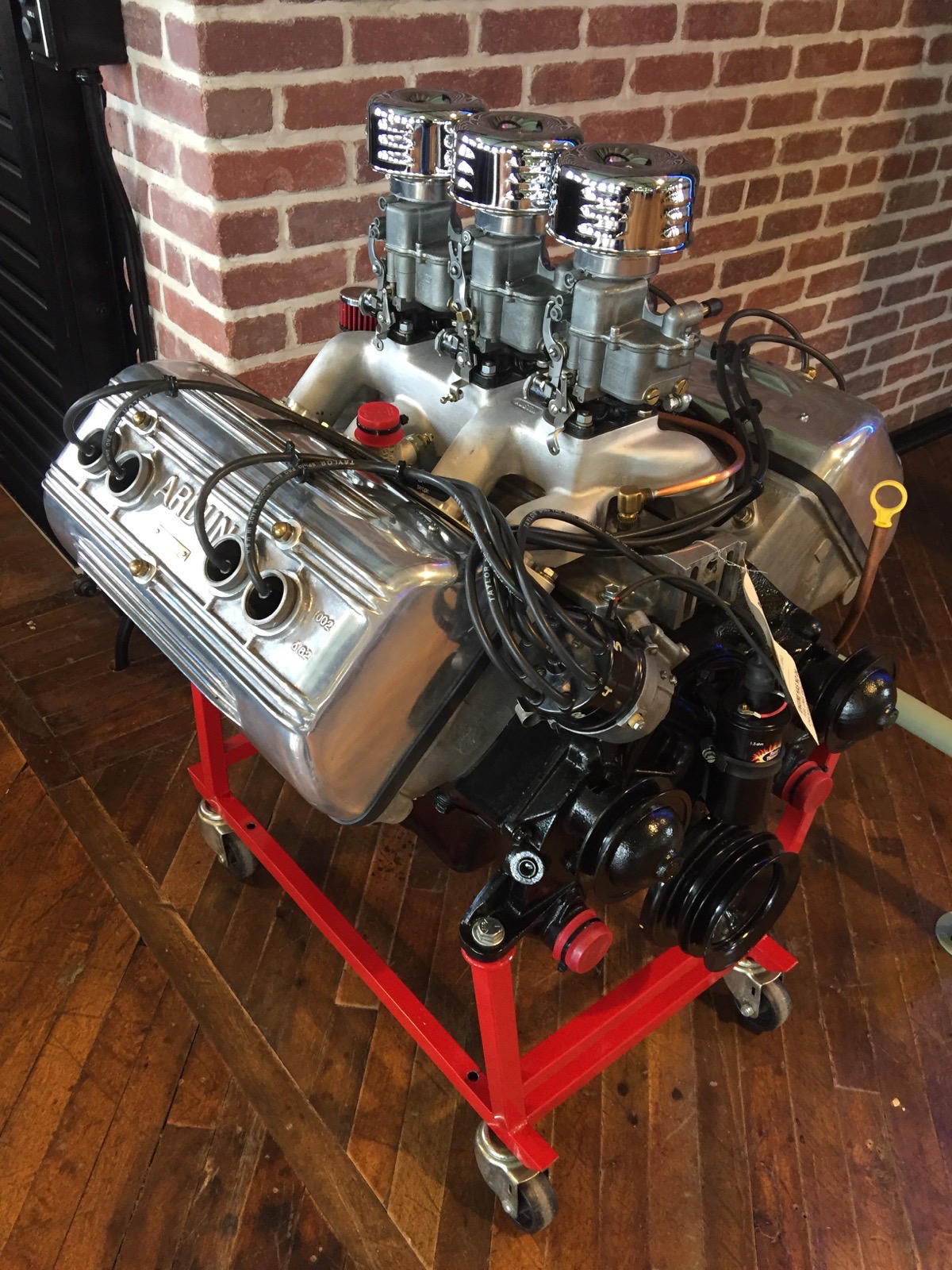 (Words and photos by Joe Grippo) – Over the last few days we have shown you the amazing 3Dog Garage car collection housed in a beautifully restored old 3 story brick building in located Pennsylvania. Owner Ross Meyer owns a super successful construction firm and over the years he has expanded the collection and filled each floor with jaw dropping four wheeled greatness. Race and Muscle Cars reside on the first level and the second floor is dedicated to Meyer’s favorite year of Ford cars, 1936.

Today let’s pick up our tour of the 3DOG Garage on the 3rd floor which is reserved for Hot Rods. When we say hot rods, we are not talking about rat rods or even street rods, we’re talking real deal historic, Hot Rods. Larry Shinoda’s Chop Stick Special ’32 3 window sits next to Don Ferguson’s radically chopped ’34 Ford lakes racer which lives a few feet from the Dal Porto Model A lakester. At the far end of the room is the exquisitely preserved Frank Mack A-V8 roadster is placed strategically under a huge Ford V8 neon sign, its E&J headlights, perfect nerf bars and patinaed black lacquer blending beautifully with the old wood floor and red brick back drop. Scattered about are some killer ready to run engines on wheeled dollys check out the Ardun Flathead fresh from the Roush Engine Shop, a Fire Power Hemi topped with 4 Stromberg 97’s and a period Joe Hunt mag and one of the most well dress Flatty this Bangshifter has seen in quite some time. The vintage signs and the neon glow bouncing off the all the chrome makes for a surreal experience.

Lined up nose to tail in the middle of the room are a few very special 1932 Fords most originally built on the east coast. The line starts with the survivor Fred Steele Massachusetts built roadster from the early 1950’s with what might be the most perfect chopped and channeled stance ever. Next in line is the Golden Rod built in New Jersey at text book example of right coast 50’s hot rodding followed then the New England Paul Fitzgerald roadster built sports car-like for hill climbs and road races. The last ‘32 in the line is the west coast’s own Ricky Nelson Roadster, painstakingly restored to as it appeared on the old tv show “Ozzie and Harriet” where the teen idol Nelson cruised it in several episodes. Don Tognotti’s radical Avenger ’32 5 window with is Hemi and wild exhaust pipes and a another full fendered roadster survivor round out the Duece collection. One other notable car to look for is a 1952 Allard K2 with body modifications by Lohnes’ favorite customizer George Barris and complete with pinstriping by the legendary Von Dutch!

Thus concludes our tour of the 3Dog Garage and we want to thank Ross Meyer and his staff for opening the collection to us and allowing us to take in the 3 stories of coolness they have put together.

Now I need to go change my shirt because I drooled all over the one I was wearing.

2019 NHRA Gatornationals Photo Coverage: Nitro Funny Car and Top Fuel Action Images From Gainesville Memory Bank: How A Suicide-Door Lincoln Connects The Present To The Past

3 thoughts on “Grand Finale Photos: Our Tour Of The 3Dog Garage Heads To Floor Three – A Car Collection Beyond Compare!”