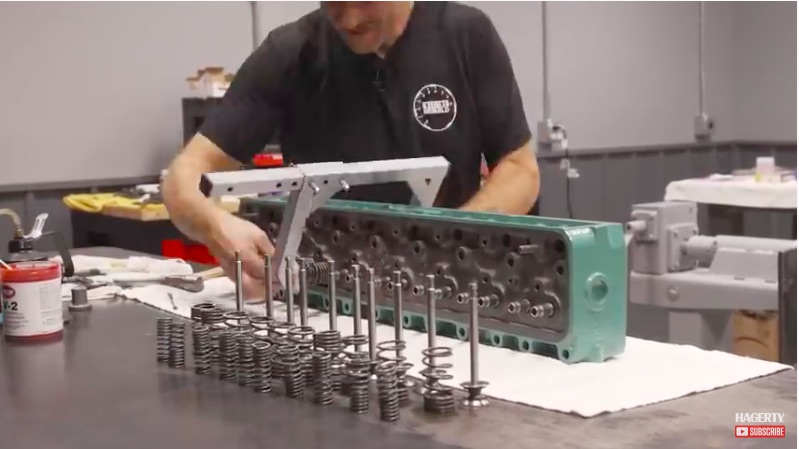 Last we left you, Davin had made progress on the bottom end of the Hagerty Buick Straight Eight build and things were looking pretty good. He got the crank in, camshaft installed, and even test fitted his printed plastic pistons that are a custom design he’s working with JE on having made for the mill. The last setback for the engine was the fact that the valves and valve springs were not fitting properly. This episode works through that challenge and makes it right.

Effectively the problem with the valves was that there are apparently two designs for Buick 400 valves (which is what are being used here). One of them has a step on the stem and that step was going to interfere with the valve seals and tear them to shreds so after some research, it was discovered that there’s a second design with no step and those valves are ordered. There was also some fitment issues with the springs in that they were having to be really hard jammed down over the bosses around the outside of the valve guides. Those were also trimmed with a cutter to provide a better fit.

You’ll see how this all ends up below as well as the second part of the video that shows off the project that Davin will be working on until his pistons show up!

Distance Learning Time: Watch This ARP Fasteners Seminar To Learn More About Bolts and Fasteners Than You Do Now! Pinnacle Of What: The New 2021 Chrysler Pacifica Pinnacle Is Not Built For Penny Pinchers