Best of 2014: Watch The Most Incredible Rally Near-Death Experience Ever Caught On Tape – Group Of Sitting Duck Fans Survive By Inches 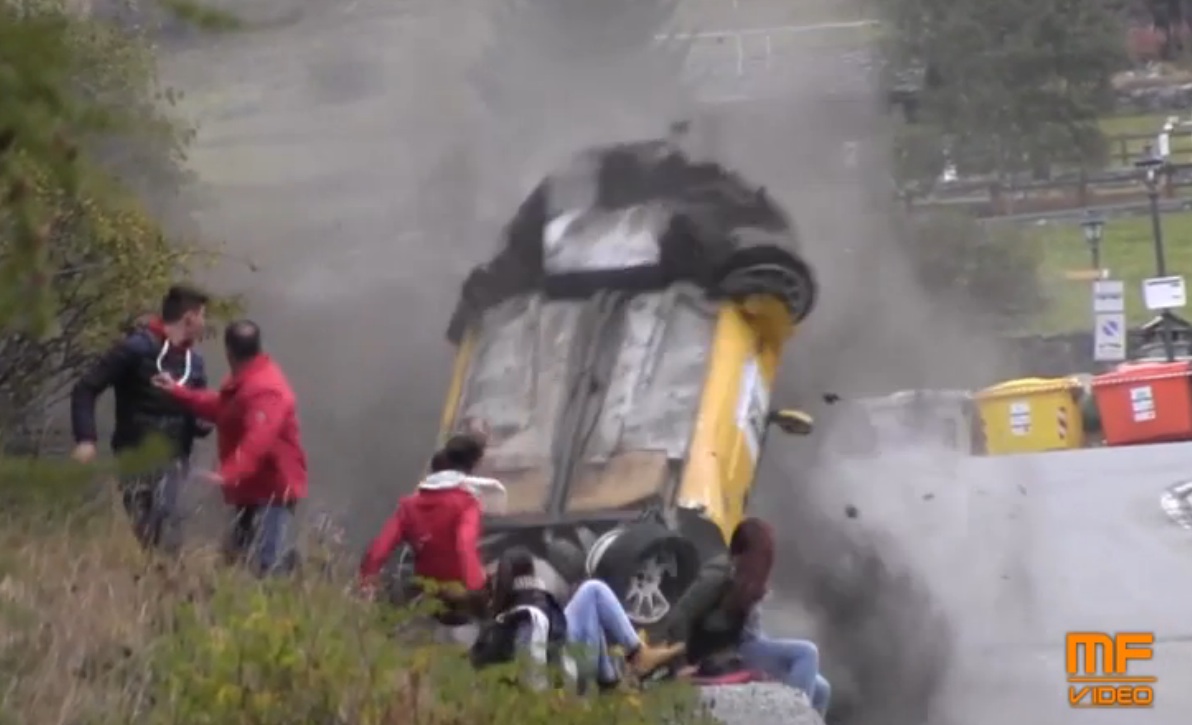 We’ve watched this at least 10 times now and each time everyone survives, each time we wonder how that’s possible, and each time we back the tape up and watch it again. The event, which is apparently held in Italy is called the Jolly Rally Valle d’Aosta and like all rallies we have seen in Europe, fans are spread out around the course in whatever location they can find to watch the race cars whiz by. This group of watchers decided that the outside of a very fast looking turn was the perfect spot to watch for the day and it nearly resulted in the entire lot of them being killed. This isn’t a close call. This is so far beyond that we’re not sure what an accurate definition for the situation would be. Perhaps anyone attending a rally like this should be forced to watch the film as a reminder NOT TO SIT ON THE OUTSIDE OF FLIPPING TURNS. What else is there to say?

At best, this car misses a couple of the people by feet and at worst, there are three people who are missed by way less than a foot with at least two of them who have seemingly accepted their fate as the car is flying through the air and tumbling towards them completely destroying itself in the process. The driver and co-driver are both OK according to the video description and the fans appear to be completely uninjured when the car comes to a rest. This is absolutely amazing video of the nasty Jolly Rally Valle d’Aosta crash everyone will be talking about today.

PRESS PLAY BELOW TO SEE WHAT AMOUNTS TO ONE OF THE MOST INCREDIBLE RACING VIDEOS WE HAVE EVER SEEN – HOW DO THESE PEOPLE LIVE?

2 thoughts on “Best of 2014: Watch The Most Incredible Rally Near-Death Experience Ever Caught On Tape – Group Of Sitting Duck Fans Survive By Inches”