We Don’t Know Why But We Like It: This 7-Cylinder Briggs and Stratton Sounds Good! 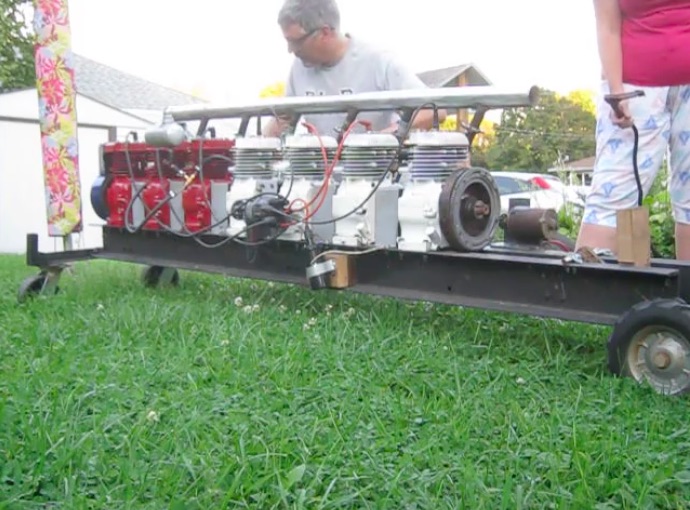 Thank God for people who just do stuff to entertain themselves or at least do stuff to prove to themselves that they are capable of actually doing it. In this case we’re talking about someone who decided to build what amounts to a 7-cylinder Briggs and Stratton engine by linking all of the engines together and running them off of a common ignition source. Why? Who the heck knows. How much power does it make? 35? 45? 50? Does it matter?

We’ve never heard an inline seven flathead run before but that is what this mill actually is at base. Why are three red and three silver? Who the hell knows. There are several vides of this engine running but we think it sounds the best with this common manifold instead of the individual mufflers it can be seen with in other videos.

You’ll notice that the flywheel comes loose on the front of the engine by the time it quits running but it does not seem to do damage. Not much more to say about this one other than, awesome!

4 thoughts on “We Don’t Know Why But We Like It: This 7-Cylinder Briggs and Stratton Sounds Good!”