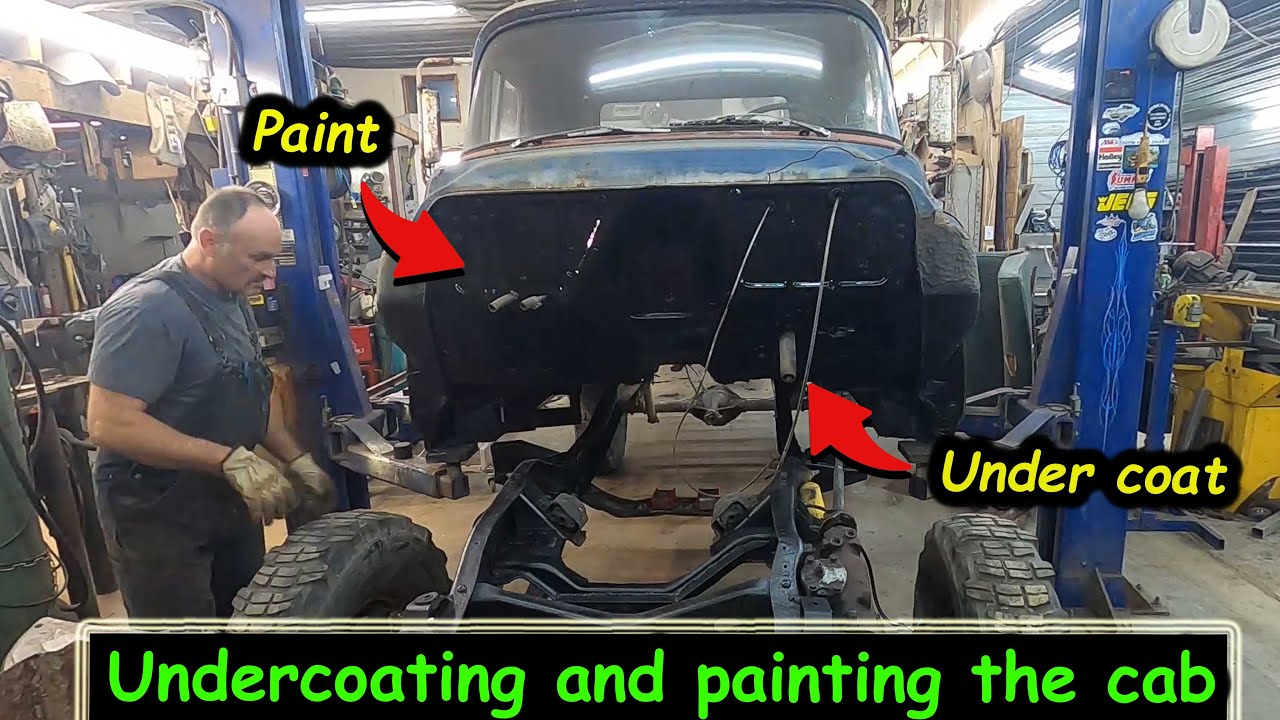 In this latest installment of the NAPCO Clone build, Brent is working on the firewall, some paint and undercoating, and the transfer case mount among other things. We’re sharing two videos this time so grab a beverage and sit and enjoy yourself. If you have missed any of the previous installments on this build, use the link below!

Part 9 of our fake Napco build 1955 Chevy. In this video we undercoat the cab and power wash the chassis. We then assess the transmission mount to see how bad it’s damaged, and in the end we get the cab mounted back to the chassis for the last time.

Part 10 of our fake Napco build 1955 Chevy 4×4 pickup. In this video we get the master cylinder installed try to fix the t-case mount. Torch off the front bumper and get the motor installed.

HED's Peter Harrell Helps Cleetus McFarland Win The World Cup Finals In Mullet! Newbern Gets The '57 Chevy Ready For Another Road Trip - Fixing Stuff That Has Been Put Off Is Good!