Listen Up: The Full Story of Operation Highball, A Land Clearing Operation That Mowed Down Forests Like Wheat Fields 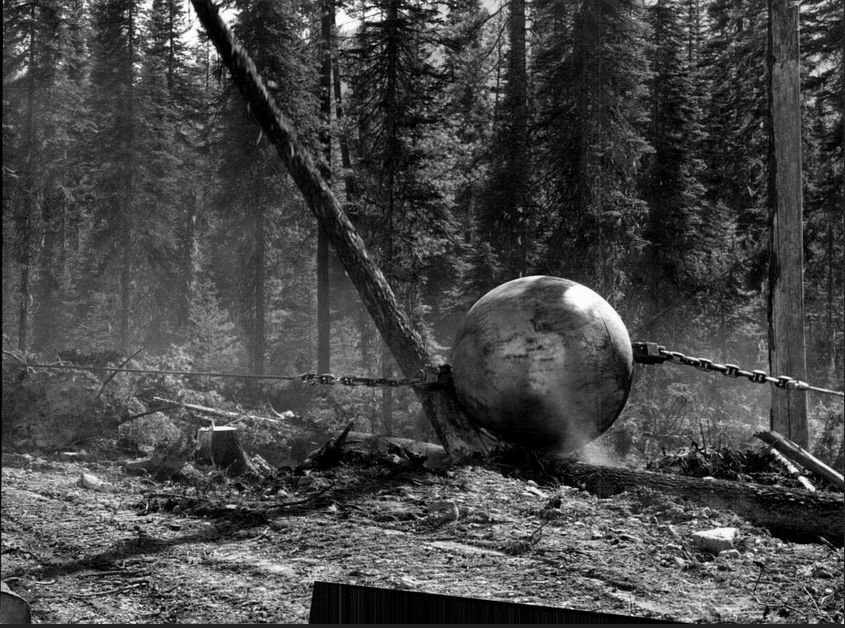 For some of you, this may be old news. You perhaps read the feature I wrote on an ingenious land clearing method developed by two California contractors while working on a dam project in Montana during the late 1940s and early 1950s. While that story went into some depth on the size and scope of the project, this podcast goes all the way in. The history of the Hungry Horse dam project, the men who did the work, the way that they developed the “Highball” method for clearing 35,000 acres of forest, and the big hulking machines they used to do the whole job. This was going to be a big, tough job.

Such was the case when the US Government put out a contract to clear 35,000 acres of forest in the wilds of Montana at the site of the Hungry Horse Dam projects. The mammoth dam would be used to help control the Flathead River and manage water in the Columbia River drainage area by creating a huge reservoir behind it.

The physical dimensions of the forest area that needed clearing were huge, some 34 miles long and 3.5 miles wide at points. Basically it was 35 square miles in total. As you can imagine, clearing that much area in the wilds of Montana wasn’t a job that most people had ever considered completing before. While we’re not sure what they were proposing for a method we know that the two guys who came up with the winning formula were S.L. Wixson and John H. Trisdale of Redding, California. Their idea, never before seen at the time was to essentially tie two big bulldozers together with steel cable and use the the cable as a giant scythe, cutting down and ripping over anything on its path. The men figured that this idea would be the most cost effective and quickest way to get the land cleared within the parameters that the government set for the work to be done.

Three different ways to listen – pick your method below!

Hit the image to listen on iTunes – 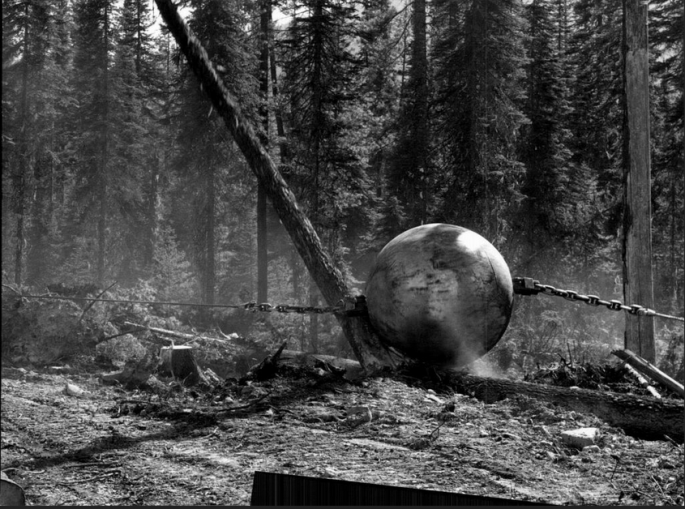 2 thoughts on “Listen Up: The Full Story of Operation Highball, A Land Clearing Operation That Mowed Down Forests Like Wheat Fields”