Listen To A Cool And Rare Detroit Diesel 1-71 Fire Up And Clatter Away – How Neat! 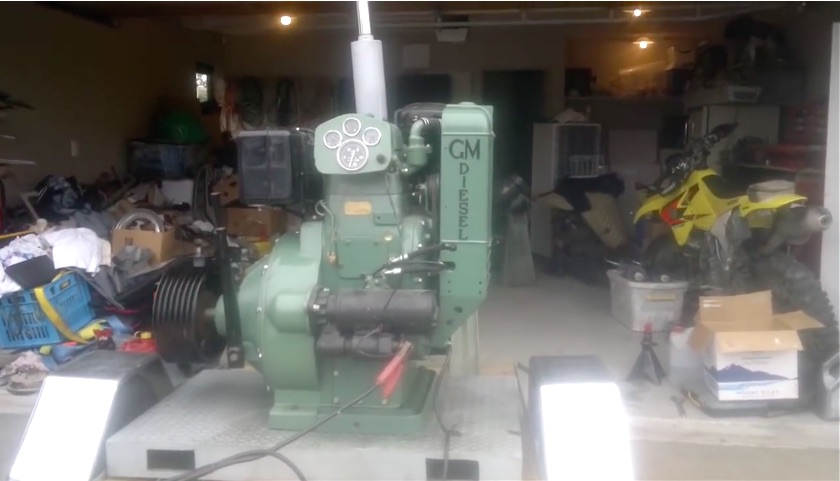 When we talk about Detroit Diesel engines here at BangShift, typically we’re talking about the mighty 6/8/12 and larger variants of the two stroke family that gained life in the late 1930s and powered millions of vehicles across the country for decades. Today though we’re going a different direction. You are about to see a cool and rare Detroit Diesel 1-71 engine fire up, clatter, and try to roar. Yes, this is a 71ci, one cylinder engine. We’re guessing this thing made about 20hp as we have seen 2-71 engines crank out a little more than 40. It obviously made loads of torque with it pretty significant displacement per cylinder count. Only about 1,000 of these engines were made in the late 1930s and early 1940s which makes it a real gem. Additionally, the engine you’ll see run was restored by a guy in New Zealand. He claims it is one of less than five that were ever shipped to that country.

The 1-71 engines were never used to power vehicles. Instead they were used to run generators and like this one they were basically industrial engines. This motor has a PTO and a really big pulled hooked to it. We’re not sure if this thing was used to spin a generator in some sort of divorced application or if it was used to spin pulleys to run machines, operate some manufacturing operation or what.

The fun thing here is the sound. This one does not really scream like the larger engine that you have heard but it pops and clatters pretty well. Perhaps not beastly in the same respect as a 12V92 but it rules in its own way. Every seen and heard one of these single lung engines work? Chances are pretty good that the answer is no.

How Honda Forced General Motors To Eat Their Words, A Story Of Pride Going Before The Fall American Export: This Early 1960s Video About Proler Automated Car Dismantling Plants Is Awesome!

4 thoughts on “Listen To A Cool And Rare Detroit Diesel 1-71 Fire Up And Clatter Away – How Neat!”