How Honda Forced General Motors To Eat Their Words, A Story Of Pride Going Before The Fall

General Motors has often found itself suffering from a sharp case of foot-in-mouth disease as the years pass on. From such fun issues as the X-body screwup and badge-engineering a Chevrolet Cavalier into a Cadillac and hoping nobody would notice to the litany of current issues, General Motors has proven that even an automotive giant can step into a giant steaming pile every once in a while. But what happens when a higher-up within GM runs his mouth off and proceeds to piss off one of the most brilliant Japanese engineers to ever work in the automotive world? A tale of epicaricacy at the hands of Soichiro Honda, the Clean Air Act, a 1973 Chevrolet Impala and the EPA come together in the best way possible. 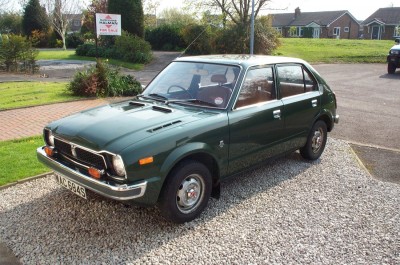 In 1973, Honda Motor Company was finishing up work on the upcoming Civic and the ED1 four cylinder, a 1.5L four fitted with CVCC (Compound Vortex Controlled Combustion) fuel/ignition system. The CVCC system, in simplified terms, moved the spark plugs to the engine’s pre-chamber and lit off a rich air-fuel mixture, which propagated into a leaner mixture in the cylinder. What did this actually mean, once you get away from the tech-speak? It meant that in the early 1970s, Honda’s four cylinders did not need a catalytic converter. Sparing the weight and cost of a cat allowed Civics to keep their light weight and kept the cost down, an attractive point during the first OPEC crisis.

General Motors, on the other hand, was running business as usual, and CEO Richard Gerstenberg was the man leading the charge. Gerstenberg was not a car guy, not even close. He had been running numbers for GM for decades, having started in 1932 as a timekeeper in GM’s Frigidare division. He faced the uphill battle of keeping GM profitable with all of the negativity surrounding the auto industry landing on his shoulders. GM was just finally getting past the ripple effects of the 1970 strike and had just managed to get the delayed redesign of the A-body intermediates out to dealerships. His next hurdle was the 1975 emissions regulations, as every other manufacturer was gearing up to deal with. Honda had licensed out the CVCC design, but GM passed on it. According to a post at Japanese Nostalgic Car by one G Duncan, the GM CEO made a quip along the lines of ““Well, I have looked at this design, and while it might work on some little toy motorcycle engine… I see no potential for it on one of our GM car engines.”

One note about Soichiro Honda: he was a self-taught man who had started apprenticeships with no formal schooling of note when he was sixteen. From there the man only progressed upwards, moving from a piston ring supply business to the formation of his company as a motorcycle manufacturer that became wildly successful. You don’t get to that kind of success as a maker of “little toy motorcycle engines”, you get there by hard work, solid engineering, risk, lessons learned from failure and motivation. When Honda-san got wind of Gerstenberg’s opinion, Honda pulled one of the biggest “middle finger” moves seen in the automotive industry since Henry Ford II’s spanking of Ferrari at LeMans just a few years prior. A 1973 Chevrolet Impala, fitted with a 350ci V8, was airfreighted to Japan and Honda himself commissioned his engineers to develop a CVCC system for the barge. After fitment and testing in Japan, the Impala made it’s way back to the States and into the EPA labs for testing: 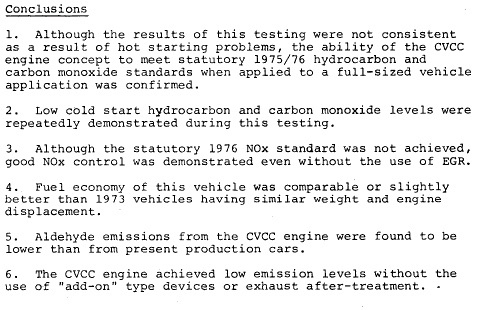 In short, the CVCC Impala would not require any sort of add-on device (read: catalytic converter) in order to meet the emission levels set for 1975. It even performed above a Ford Galaxie that had been fitted with a prototype catalytic converter system and barely lost any horsepower over a stock 350-powered Impala. And Honda’s engineering, which had been dismissed as something only useful for “toy motorcycle” engines, had done better than the almighty General’s engineering department had done.

Big Caddy Power Upgrades Continue: Dominator? Big Valve Aluminum Heads? What Kind Of Power Can We Make? Listen To A Cool And Rare Detroit Diesel 1-71 Fire Up And Clatter Away - How Neat!

5 thoughts on “How Honda Forced General Motors To Eat Their Words, A Story Of Pride Going Before The Fall”