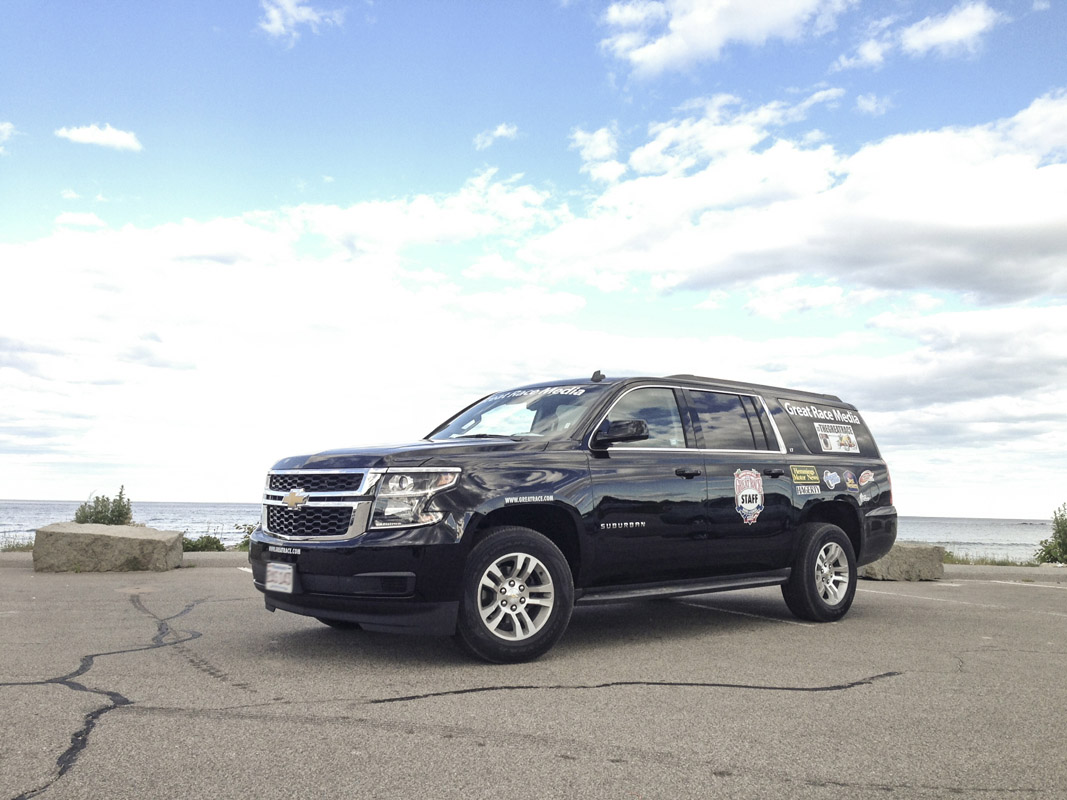 (Words and Photos by Tommy Lee Byrd) – So, by now, you’re probably wondering about our brand new 2015 Suburban production vehicle. It’s an LT model with four-wheel drive, and it’s priced around $55,000. That is a quite a big stack of cash, but after spending 13 days behind the wheel, we are convinced that it’s worth every penny. When you’re in the same vehicle with another guy for more than a week, the topics of discussion vary greatly, but a day didn’t go by that we didn’t compliment the truck in some way. This thing rocked, and we didn’t cut it any slack.
One of the biggest changes for the 2015 Suburban is all new body design, but the feature that we applaud the most is the new 5.3-liter EcoTec3 engine that rests under the aluminum hood. This engine (along with a couple other engines) is the replacement for GM’s incredibly popular Vortec line of engines, so it has some pretty big shoes to fill.
The new engine falls under the Gen V platform, and it features direct fuel injection, cylinder deactivation and variable valve timing. All of these fancy features provide an estimated average fuel mileage of 23 miles per gallon. When we did some initial research on the truck, we snickered at the 23 mpg rating, assuming that was a best-case scenario (driving downhill with a tail wind). Little did we know that the truck would serve 3,000 miles of HARSH duty, and end up averaging 19.4 mpg on the entire trip. That, my friends, is hard to believe in a four-wheel drive Suburban that tips the scales at 6,000 pounds.
This thing has built-in navigation, live weather updates (including real time radar), and the coldest air conditioning we’ve ever felt, which came in handy during the near-tripledigit temperatures and high humidity in the south. It was dead silent as we blazed down the highway, with very little road noise or wind noise, even though we were poking a huge hole in the air. The cylinder deactivation was undetectable, and the transmission shifts were smooth and quick. One of our only beefs with the truck was the throttle application, as it would require half-throttle position just to get the truck to back out of a parking spot. I’m sure that’s some sort of safety feature to keep soccer moms from running over something or someone, but it took a few days to adjust to the heavy throttle application in slow-moving situations. It also had notifications if you got too close to any type of object—and by notification, we mean it vibrated the driver’s seat.
From a production standpoint, the Suburban was perfect for our needs. We had plenty of outlets for charging our phones, camera batteries, GPS and anything else we could think of as we rolled down the road. The console is enormous, and held even more charging outlets. Legroom is outstanding in the front and middle row of seating, but we didn’t try out the third row, as the back of the truck was constantly filled with gear. We used it and abused it for 13 days, and even though it has a lot of fancy features, it gave us the sense that it could get the job done in a serious production environment.
I don’t want this to be a Chevrolet commercial, but seriously, if you have the dough, this is the top dog SUV of all time and it served us well on our Great Race adventure. 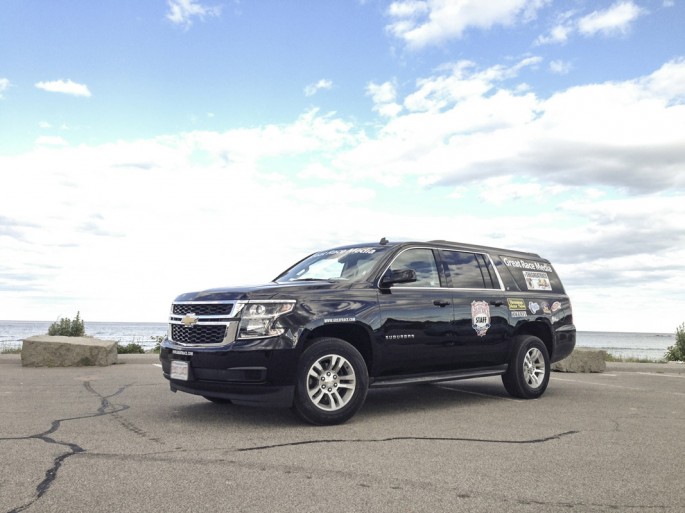 It’s big, it’s fancy and it gave us 3,000 miles of awesome road-tripping—the 2015 Chevy Suburban LT. We couldn’t have asked for a better production vehicle. 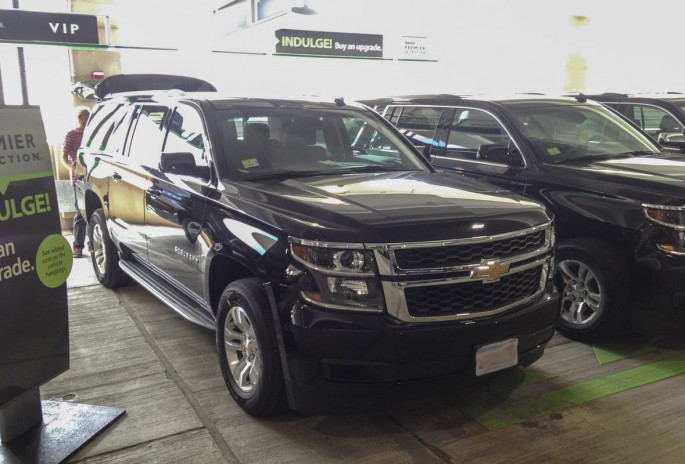 We won the rental car lottery, as we signed up for a Chevy Tahoe, and were awarded with a brand new 2015 Suburban. We were giggling like school girls as we drove away
from the parking garage. 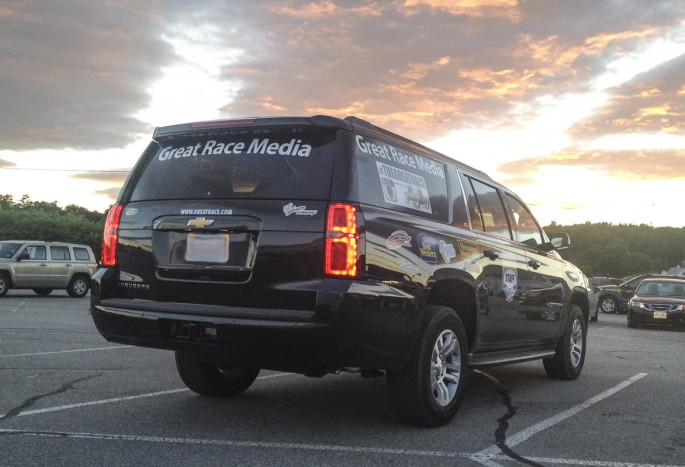 Once we got to our starting point in Ogunquit, Maine, we stickered up the Suburban, and started putting some miles on it. We actually like the fact that is has the base model
wheels, because that means it has a little bit taller sidewalls. 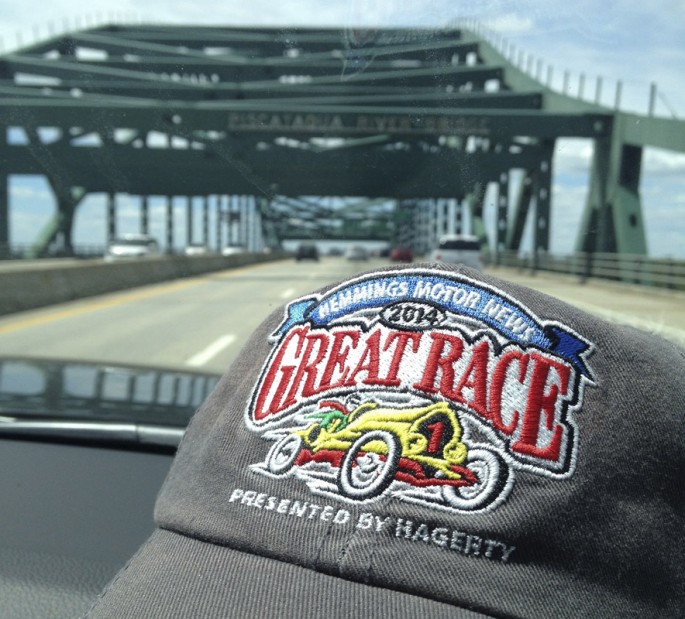 The Great Race is demanding for any vehicles, whether it’s part of the competition, or a chase vehicle that is constantly being thrashed on. In our case, the Suburban did
everything we asked, and never even broke a sweat. 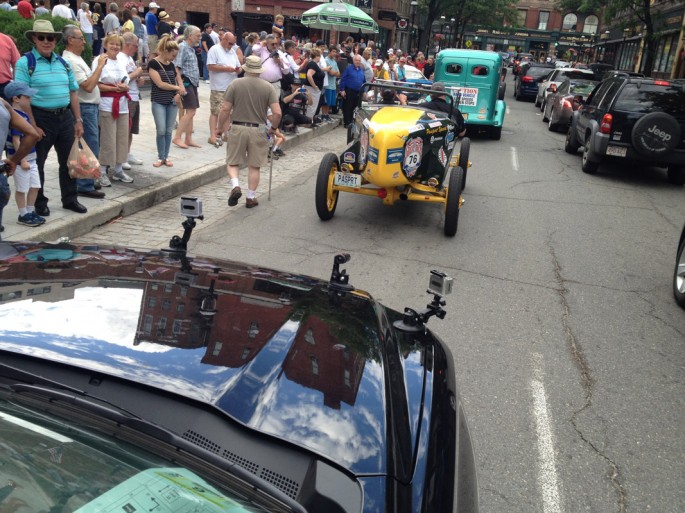 At our overnight stops, we would attach all of our GoPro’s and Replay video cameras to the truck (front and rear) to get some cool wide angle shots of the crowds in each city. 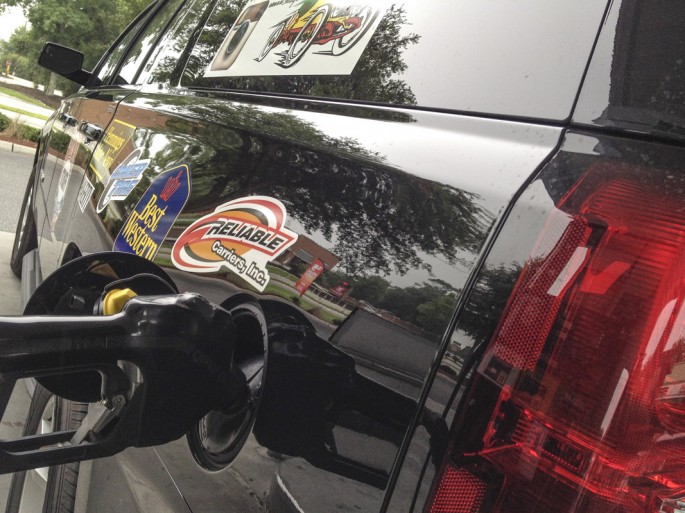 Fuel stops were expensive, but we only had to stop every other day, so that was nice. It generally took about 100 bucks to fill it up. Fuel mileage was outstanding, climbing
every day that we were on the road, finally reaching a final average of 19.4 mpg. 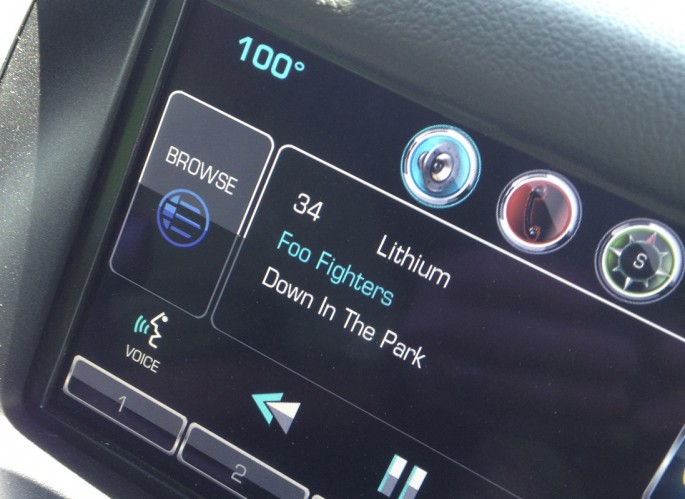 The further we went, the hotter it got. This photo is from the final day of competition. The sun was brutal, the temperatures were hot and the humidity was ridiculous—by far
the toughest shooting conditions we’ve dealt with on the Great Race. 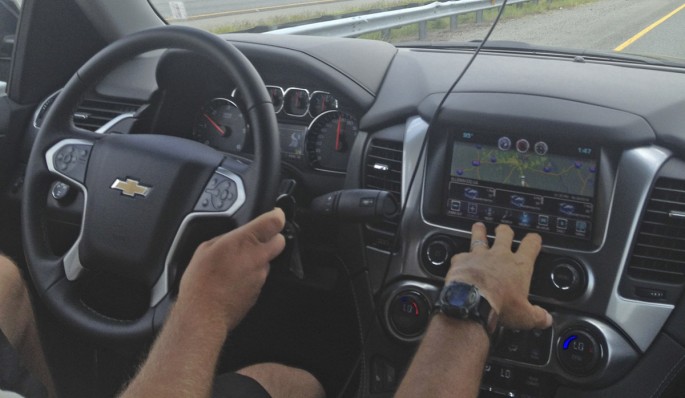 The seating arrangements were very comfortable, and the controls for all of the fancy gizmos were surprisingly easy to figure out. The real-time radar is a super cool feature in
our case, as we’re flying down the road to find a cool spot to shoot. 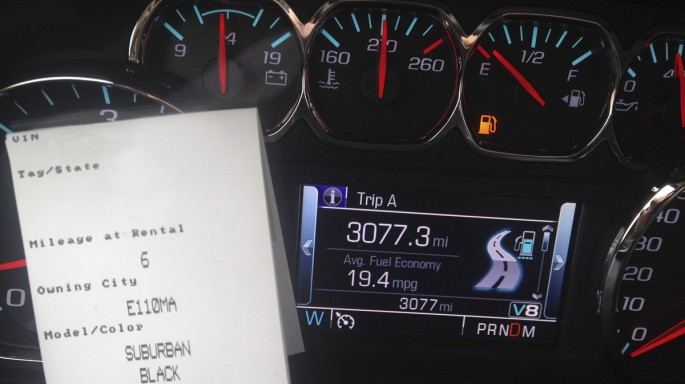 And here it is boys and girls…our receipt from the rental place stating that the Suburban had six miles on the odometer when we left, and the trip odometer stating
3,077.3 miles. The 19.4 average fuel economy is outstanding for a heavy four wheel drive truck with nearly 400 horsepower.

This 1966 Chevy Step Van Was Converted Into A Big Block, Four Wheel Drive, RV With 38 Forward Gears - You Can Own It! Watch ALL The Fire Burnouts From The Dragstalgia Event At Santa Pod Last Weekend - Some Of These Are Insane