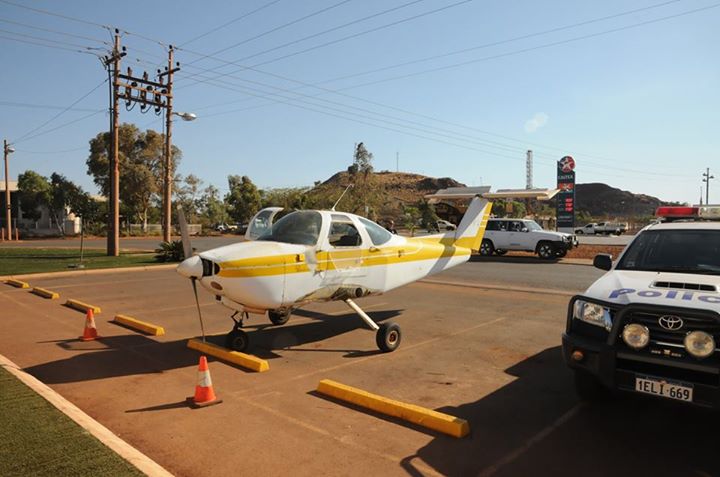 As we have all learned over the last 6 years (our birthday is tomorrow!) at BangShift, fact is truly stranger than fiction. This news story from Australia certainly keeps that line of thought alive because it is both one of the funniest and weirdest things we have ever read. The funny part comes in the part of the story where a guy buys a clapped out plane with no wings and decides that the way he will get it home is to literally drive it there on the public roads. We’re not certain how large the city of Newman is but apparently they didn’t take to kindly to the idea of someone driving their airplane around like a ‘Ute. Secondly, the fact that the guy figured that he’d have time to sit down at the bar and have a couple of drinks before completing his trip also made us laugh. We’re reasonably certain that the airplane is not equipped with reverse so imagine the scene of the guy coming out of the bar, collecting the cones he had put out to forewarn people of the prop, pushing the thing backwards out of its parking space and firing it up in the parking lot before rumbling off down the road.

We have seen some great entrances and exits from local watering holes before, but this? This one takes the cake to a level we had never even considered! The news story is below and the unintentional humor factor in it is high because it reads like a police report. Just the facts, ma’am…..just the facts.

Oh, one more thing. Can we agree that the guy who drove the plane in would probably be a fun dude to have a beer with?

Here’s the text of the story as it appeared on FB – Thanks to Damien Busbridge for the tip on this one!

Newman Plane Incident Charge – A 37 year old man was charged today in relation to him taxiing a propeller driven Beechcraft 2 seater aircraft (minus wings) through Newman to the Newman Hotel (purple pub) on Friday 31 October 2014 at about 2.10pm.

It will be alleged that he had just bought the aircraft from a private residence and was taking it home on the other side of the town, but stopped at the pub.

On examination it was found to have an exposed fuel line hanging from the side of the aircraft attached to an unsecured jerry can inside the cabin to enable the engine to run. On stopping the aircraft the accused left the engine in a potentially dangerous condition with the ignition on.

The accused does not hold a pilot’s licence and the roads were busy with other vehicles and pedestrians at the time.

The accused has been charged with Endanger Life, Health or Safety of a Person and is due to appear in the Newman Magistrates Court on 18 November 2014. 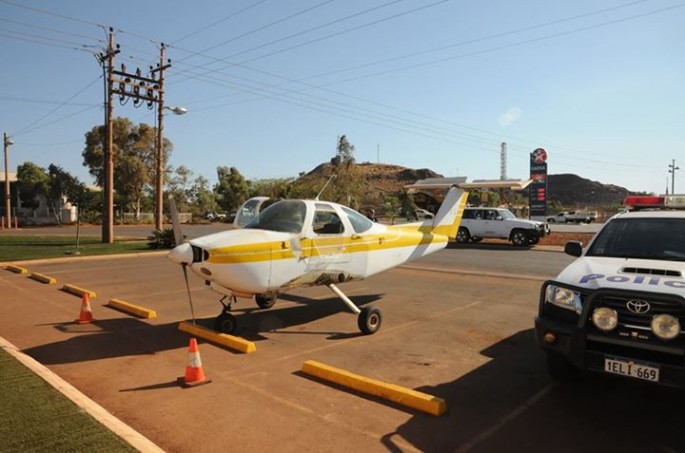