One Lung Heroes: Check Out This Video Featuring The Biggest and Baddest One Cylinder Engines in History 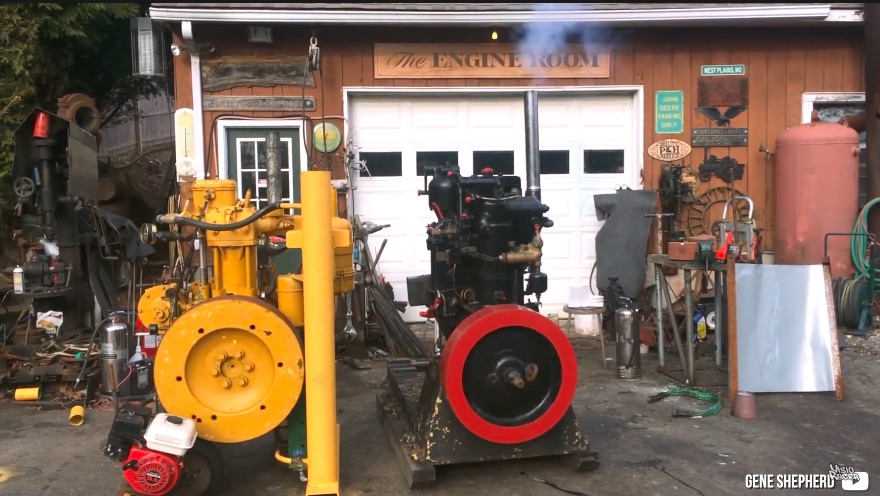 When we think of engines, in the modern world single cylinder jobs are the ones we push around, carry around, or wear on our backs to do yard work, right? Well for a lot of internal combustion history, one big cylinder is what you used to get the job done and in a world where these were miracle machines, you thanked every chuff out of the exhaust pipe. This video looks at what are reported to be the largest single cylinder engines in history. We’re not saying this is a definitive list but we are saying that the engines seen in the video are definitely cool and helped to advance the technology of internal combustion to where it is today.

Whether you like your single cylinder engines powering tractors, running upright, or weighing many tons and set into a floor with massive flywheels, there’s something here for you. These videos are cool because he gives good history on each engine and talks about the unique features and tech it was bringing to the table during its time of primary operation.

Running a sawmill is not glory work, but running a sawmill means that more boards get made, more houses get built, and the cascade effect of the increased production has a massive umbrella effect over the people and the area using the mill. That’s the neat thing about these chuffers. They really changed the world.

NHRA Insider: An Author, A Racer, and A Look Inside The Biggest Stories of 2021 A Second Electric SUV Coming From GM? Can The Bolt EUV Be The Hummer's Little Brother?

2 thoughts on “One Lung Heroes: Check Out This Video Featuring The Biggest and Baddest One Cylinder Engines in History”