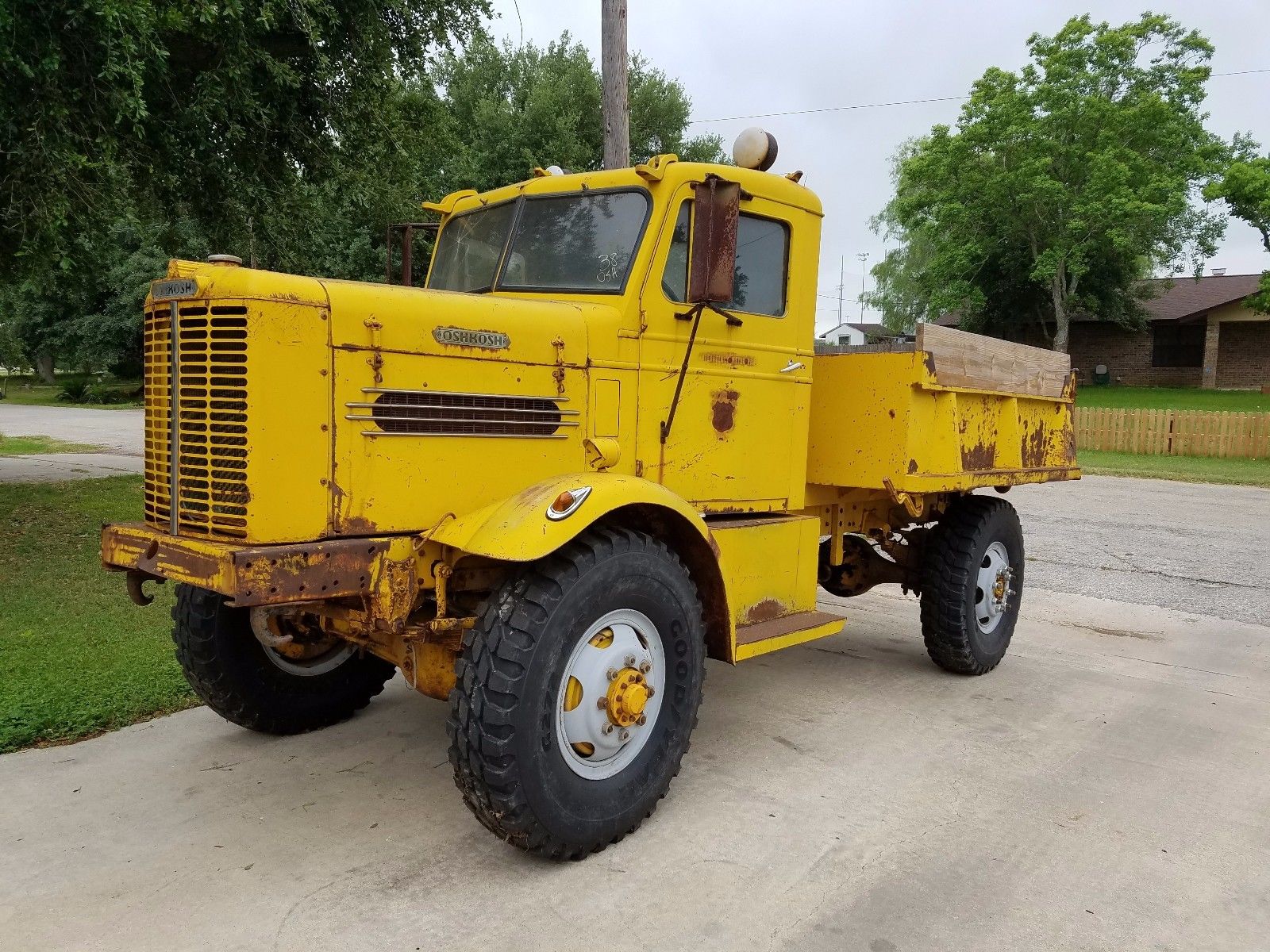 If you are a full on dorkenstein regarding big, old, trucks like I am this find should make your toes curl up a little. Why? Oshkosh trucks are some of the coolest, beastliest, ugliest, and toughest four wheel machines ever built. The company started life as the Wisconsin Duplex Auto Company and then later transitioned into the Four Wheel Drive Auto company before becoming Oshkosh. Since day one, the job at the company has been to build four wheel drive trucks and boy have they ever.

From machines like cement mixers to ruggedly tough and cool military vehicles, Oshkosh is the kind of truck company that deals with hard situations and harsh environments. This 1950 W-212 dump truck is but one example. The W-series Oshkosh trucks debuted in 1939 as a military line of trucks. They designed multiple specialty applications for the military that translated directly to municipal snow removal, oil field use, and other tasks.

That’s where this trundling beast comes into play. A 1950 model, it was five years past the end of the war and the company was selling big plowing trucks as fast as they could build them. This particular truck comes from Arizona and unless it was at altitude, it probably did not see much snow. There’s no real evidence of a snow plow rig on this thing either so we’re guessing a construction company owned it.

As tough as these trucks were, they often got worked to death or until their bodies rotted out or until so much of them was broken that they were sent out to pasture or picked clean for usable parts. This one completely survived that fate and was probably resting comfortably somewhere for many years before being rescued. The seller says that it weighs about 12,000lbs and that it runs. He’s been feeding the ol’ Hercules engine with a gas can as to not suck a bunch of crud out of the tank.

Imagine road tripping this thing home at like 40mph. That would be living right! 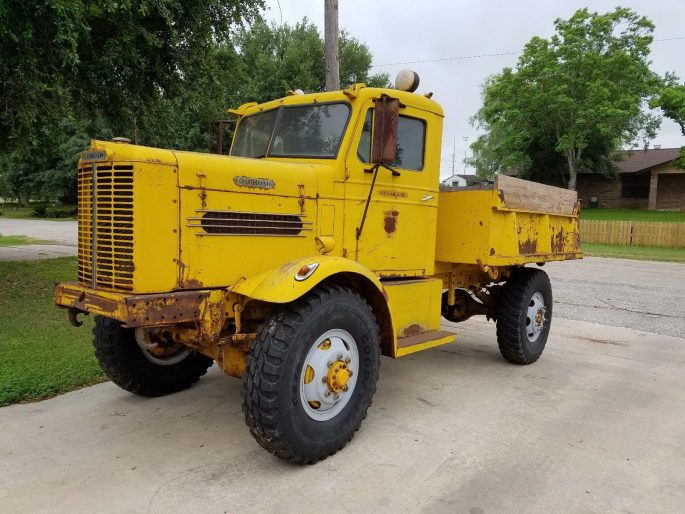 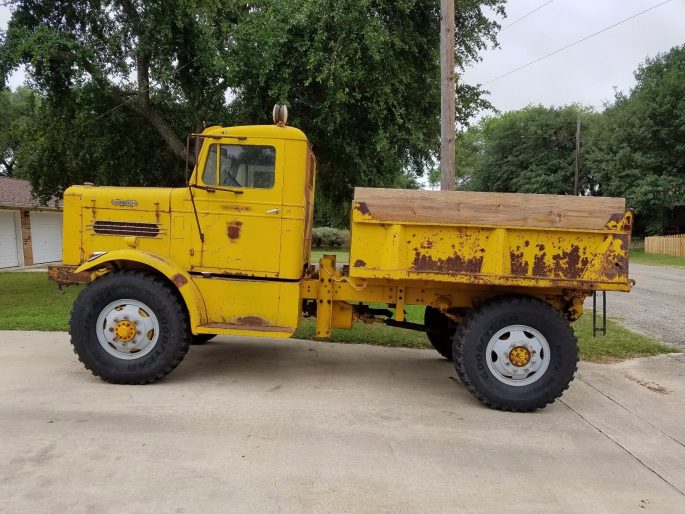 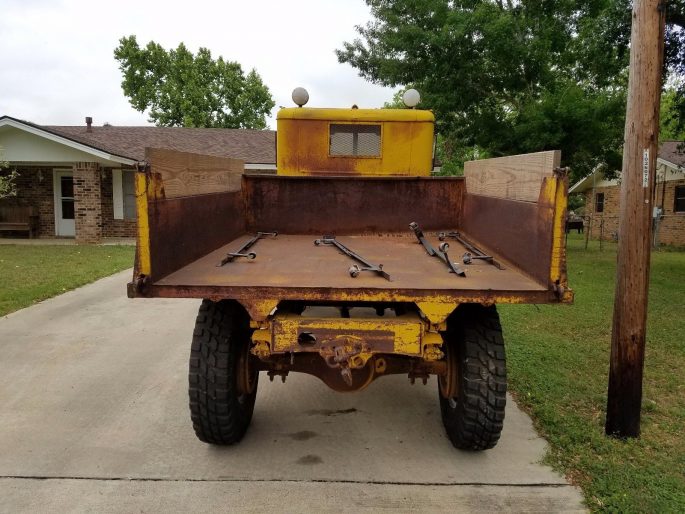 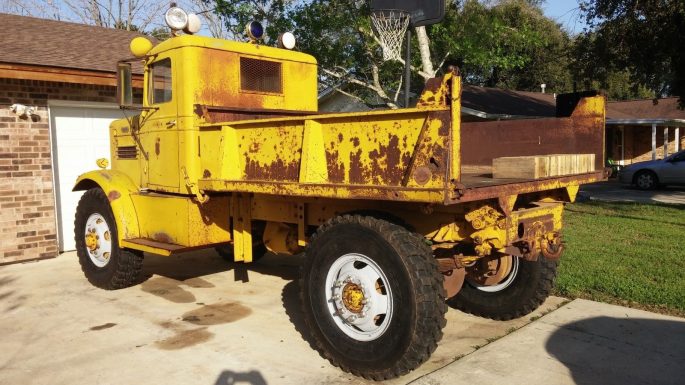 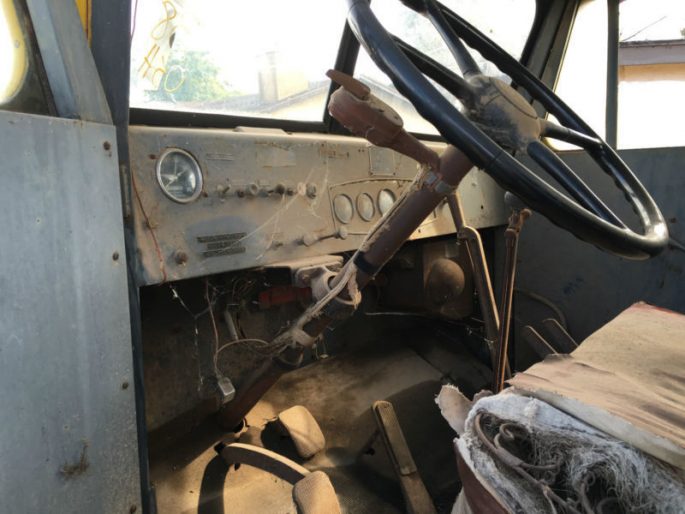