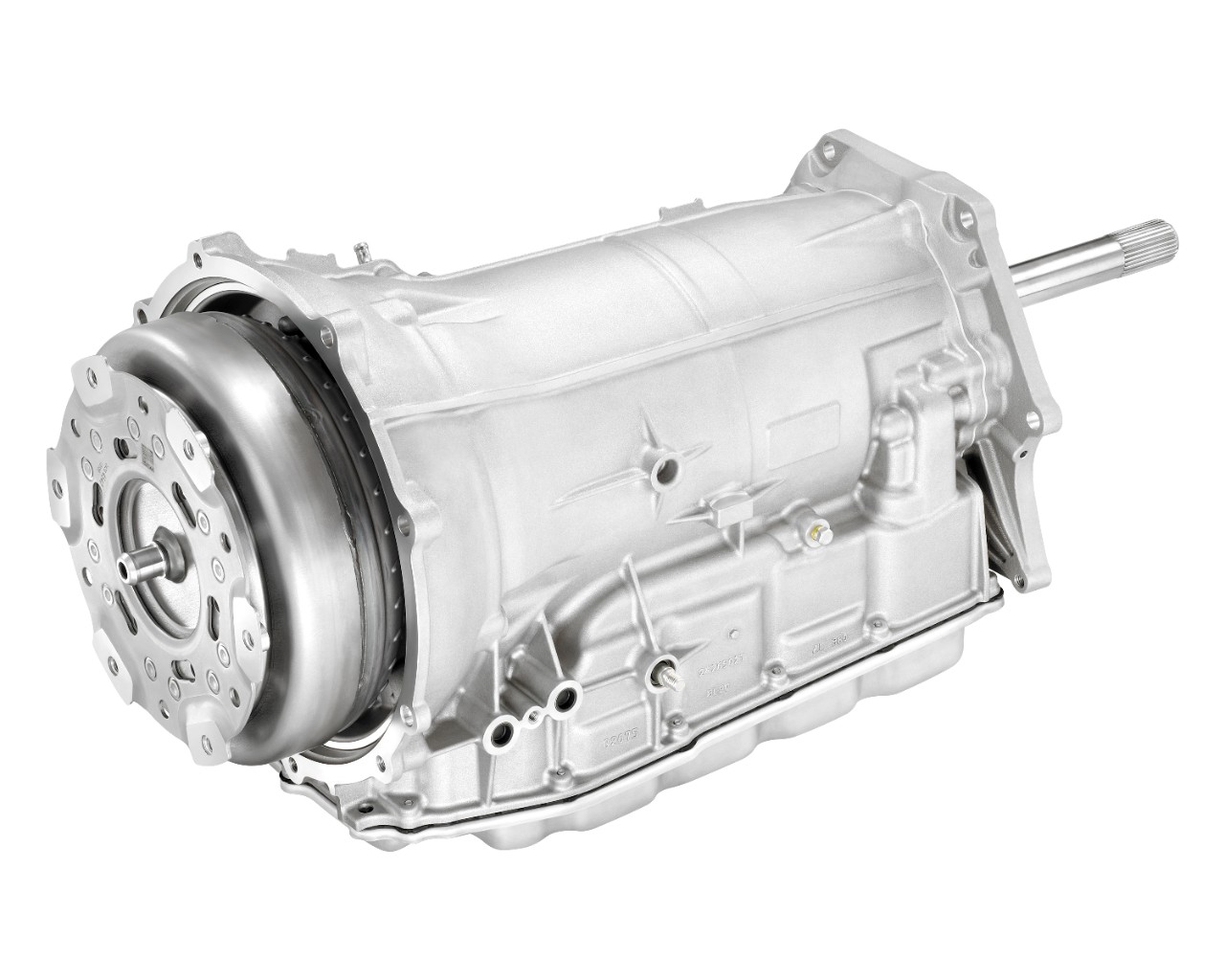 Automatic transmissions in Corvettes are not a new thing. Since the dawn of the Corvette, they’ve had automatics available for customers who’d prefer that the car shift itself, but this new eight speed unit that will be optional equipment for 2015 has a twist. This is the first time in the 50+ year history of the Corvette that an automatic will be available with more forward gears than a stick shift. In the early days it was PowerGlides and three speed manuals, then it was Turbo350s and 400s along with four speeds, then it was 700R4s with Doug Nash 4+3 manual transmissions and now it is a seven speed manual and a six speed automatic but next year the tables turn for the first time. The 8L90 will be the automatic transmission of choice for the ’15 Corvette and it is a traditional style automatic, not a DSG style unit.

GM claims that this transmission will bump fuel economy by 5% and it is eight pounds lighter than the outgoing six speed due to the “extensive” use of aluminum and magnesium in its construction. GM has enough confidence that not only will this transmission be offered in base model Corvettes, but it will also be the first optional automatic offered in the mighty Z06 as well. That’s a pretty tall order to fill as the Z06 is designed to be as much a track capable car as a street capable machine and lots of them get hammered on…hard. That’ll be a great test of the transmissions’s strength and we’re pretty sure that once the Corvette has this new “halo” part for a while it will start finding its way into Camaros, trucks, and the like.

We’re guessing that GM stuck with the traditional torque converter style automatic transmission and didn’t go the DSG route in the Corvette for a couple of reasons. The first was the necessity for anything (within reason) that they develop to be used across multiple product lines and a DSG transmission wouldn’t make sense in a truck, for example. The second reason is for cost which relates right back to the first reason because the more of these they can build, the “cheaper” they become from a manufacturing cost perspective. Developing a dedicated transmission for just the Corvette wouldn’t fly in today’s world.

Despite the technology and all of the work into developing this piece, you still suck OUT LOUD if you buy a Z06 and option a damned automatic in it. That is all.

DETROIT – An eight-speed paddle-shift automatic transmission will be offered in the Chevrolet Corvette Stingray for 2015, enhancing the performance and efficiency of the 2014 North American Car of the Year. Designed and built by GM, the new transmission delivers world-class shift times that rival the best dual-clutch designs.

The all-new, GM-designed 8L90 eight-speed is expected to contribute up to 5-percent greater efficiency, when compared to the previous six-speed automatic. EPA fuel economy test results are pending and will be announced later. It also makes the Corvette Stingray one of the few sports cars to offer the choice of a conventional manual transmission or an eight-speed automatic.

“Corvette Stingray’s new eight-speed automatic delivers the comfort and drivability of a true automatic transmission, as well as lightning-fast shifts and the manual control that enhance the performance-driving experience,” said Bill Goodrich, assistant chief engineer for eight-speed automatic transmissions. “It was designed to enhance the Stingray’s driving experience, with performance on par with dual-clutch designs, but without sacrificing refinement.”

The available 8L90 transmission is based on the same eight-speed automatic that will be offered on the supercharged 2015 Corvette Z06, but with unique clutch and torque converter specifications matched to the torque capacity of the Stingray’s LT1 6.2L naturally aspirated engine.

For performance driving, the transmission offers full manual control via steering wheel paddles. A new transmission-control system and unique algorithms deliver shift performance that rivals the dual-clutch/semi-automatic transmissions found in many supercars – but with the smoothness and refinement that comes with a conventional automatic fitted with a torque converter.

The transmission controller analyzes and executes commands 160 times per second. Wide-open throttle upshifts are executed up to eight-hundredths of a second quicker than those of the dual-clutch transmission offered in the Porsche 911.

Smaller steps between gears, compared to the previous six-speed automatic, keep the engine within the sweet spot of the rpm band, making the most of its horsepower and torque to optimize performance and efficiency.

With four gearsets and five clutches, creative packaging enables the new eight-speed automatic to fit the same space as the previous six-speed automatic. Extensive use of aluminum and magnesium make it more than eight pounds, or 4 kg, lighter than the six-speed. Design features that reduce friction contribute to the expected 5-percent greater efficiency.

The 8L90 is built at GM’s Toledo, Ohio, transmission facility. 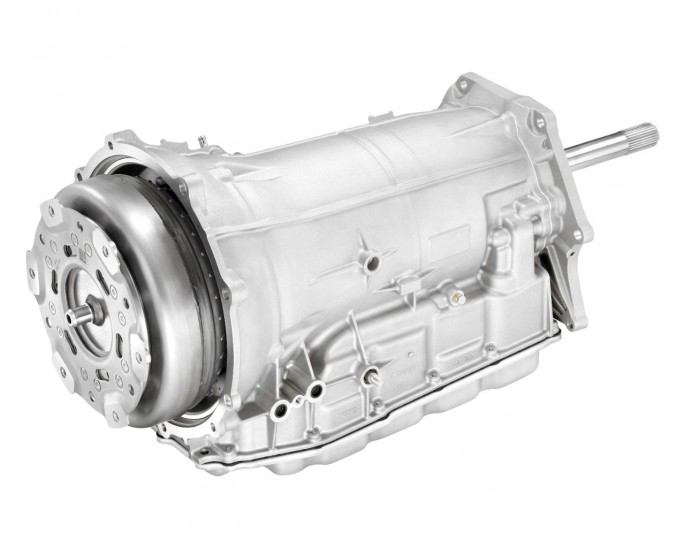