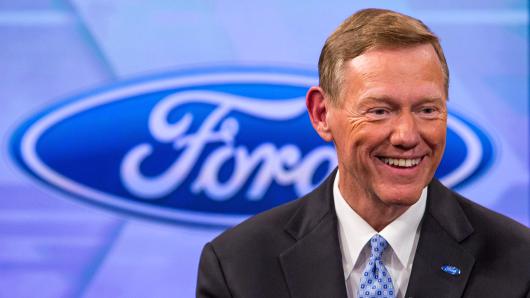 When Alan Mulally loads the last of the trinkets from his office into the cardboard box he’ll carry out of Dearborn on July 1st he’ll be walking out the door as one of the most important executives in the history of the For Motor Company. The simple fact that the Ford Motor Company exists as we know it today could be considered a success of survival and smart business but the reality is that the company not only exists but is flourishing across the world. Ford just had its 19th consecutive profitable quarter and this quarter it was $989-million that they tucked away in the bank…and the bank was about the scariest place in the known universe for Ford when Mulally showed up.

Famously, it was Mulally that spearheaded the effort for Ford to secure some $26-billion in credit back during 2006. At the time it seemed like an incredibly desperate move with the company famously leveraging even the blue oval logo in the deal. While the media focused on the blue oval being up on the block in the event of a company failure to pay the loans back, Mulally had to be laughing. The symbolism of putting the oval up had worked perfectly and it hit the media as intended. Like a poker player pushing all of his chips into the center of the table at the end of a tournament, Ford had gone “all in” publicly and he world gathered around to see how the gamble would pay off. Fast forward a couple of years and the auto industry was burning to the ground. Mulally joined Chrysler and GM executives in front of Congress and after being brow beaten like the other guys, Mulally decided that Ford would not follow the same course as the other two companies and they went back about their business, investing in technology and drivetrain upgrades that have them sitting pretty even today.

From aluminum bodied F150 trucks to the insanely successful EcoBoost series of engines (the line of which continues to expand in displacement and power level), to the “One Ford” creedo that has become the guiding force behind the company’s global strategy today, Alan Mulally is one of the most important auto executives in 100 years and certainly one of the most important in Ford’s history. While we don’t agree with everything the company has done (How do you kill the effing Econoline van?!) and there have been missteps along the way (Lincoln still drains money like a hole in the bottom of a bucket and their products are lost in the woods), it is very impressive to see the overall track record of Alan Mulally and how he handled the business of Ford while he was steering the company ship.

Lastly, we enjoyed the fact that he was not a celebrity CEO. The guy maintained a public presence but it was in a pretty quiet way. There was some funny stories about the guy over his time with Ford but the reality was that it was never about him in the media. He was surely the right guy at the right time for Ford. We often wonder what would have happened had the company gone another direction and hired someone else to run the operation. They certainly made the right call. 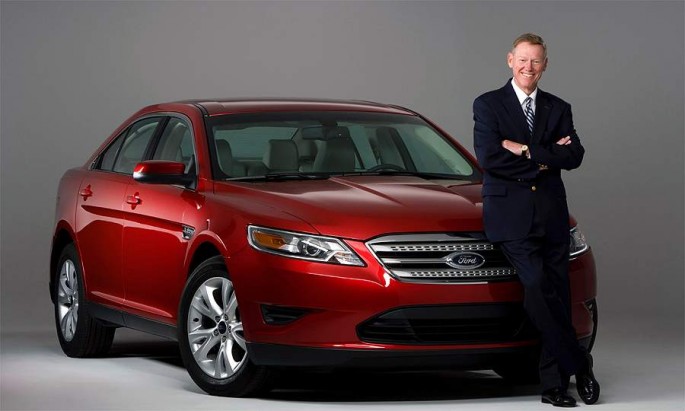