BangShift Question of the Day: Have You Ever Had a Car Stolen?

After Facebooking and Tweeting about Jalopnik’s Jason Torchinsky and his misfortune at having his VW Beetle stolen in LA, it made me lock the doors on all my junk at night. Sure it ain’t all that pretty, but I like it and it is mine.  There’s nothing that ranks lower on the BangShift scum scale than a car thief. Anyone willing to brazenly bring that type of trauma and stress onto another human being sucks pretty damn bad in my book.

A friend of mine had his Mustang stolen and the idiot that scarfed it ran the car headlong into a used car dealership at a very high rate of speed, reducing the car to worthless scrap. Unfortunately, he lived. I’m lucky in the fact that outside of a bicycle and some tools, I have never had anything of gearhead substance stolen from me. I’m not sure if there is anyone out there dumb enough to steal an old tow truck that couldn’t outrun a school bus and what may be one of the most written about and recognizable Chevy Caprices on this planet, but if there is, I’ll be waiting.

Bangshift question of the day: Have you ever had a car stolen from you? (If so, did you get it back?)

(Here’s Jason’s Beetle. If you live in LA keep your eyes peeled. This photo surfaced after it was stolen and seems to indicate it was left in this spot. Know where this spot is? EMAIL ME – [email protected] AND I WILL GET THE INFO TO JASON POST HASTE!)

(update – the car has been spotted in east LA — the address of the house has actually be found! — read here – http://jalopnik.com/my-beetle-has-been-spotted-now-help-me-figure-out-wher-471089311) 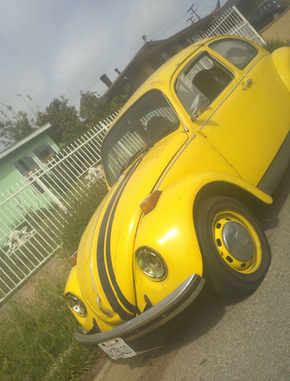 Lonestar Rod and Kustom Round Up 2013 Coverage - The Top Notch Burgers Cruise In Gallery Goodguys Del Mar - 100 Photos Of Nothing But Killer Cars!

11 thoughts on “BangShift Question of the Day: Have You Ever Had a Car Stolen?”