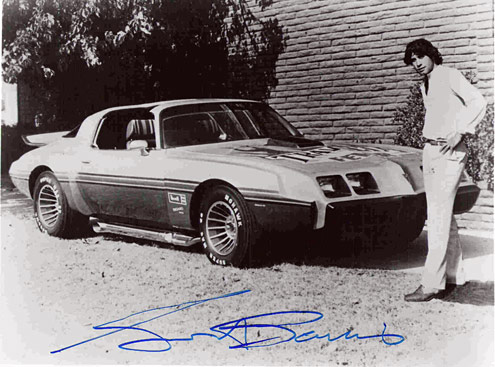 When I first saw the picture I thought it was a bad Photoshop. Seriously, even in the most drug-addled section of the 1970s, someone had to take one look at what they were doing and realize it was wrong. Just look at the poor thing: the flares aren’t even retro-cool, the paint is the worst thing I’ve laid eyes on since the “Corvette Summer” car and then there’s the Porsche Turbo-style wing that adorned all of the “upper-end” F-cars, including the Chevarra and Yenko Turbo Z. It doesn’t have marker lights, or an actual place to put the glass in for those T-tops. And just wait until you get a load of the interior. 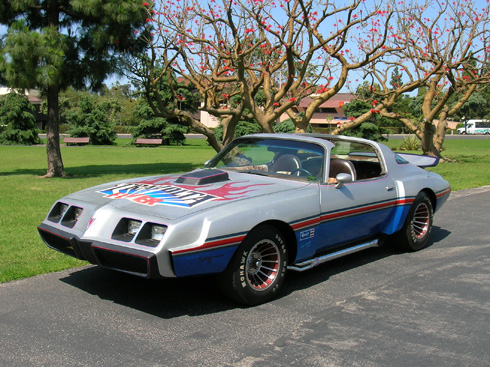 The actual origins of this car are pretty murky. While it plainly looks like a 1979-1981 Firebird overall, and has the bigger back window that F-cars got in 1975, there are sites that claim that the car itself is actually a 455-powered 1971. Whatever the case, the famed car customizer George Barris managed to get his hands on it and transformed it into…and I swear I’m not making this up…”the ultimate macho machine” for Travolta. He also had a second Firebird built to nearly the same specifications…this is the yellow-and-brown car in the Steve Martin film “The Jerk”.

The outer visuals are one thing, but the interior is something else, and if anything, is even more horrifying. With the success of Travolta’s “Urban Cowboy”, Barris had a moment of inspiration and re-did the interior of the Pontiac. If you look on the Revell model kit’s box, you can see the original interior, which was color-matched to the rest of the car.

After Barris was done, the interior took on a slightly more…uh…”cowboy” feel. 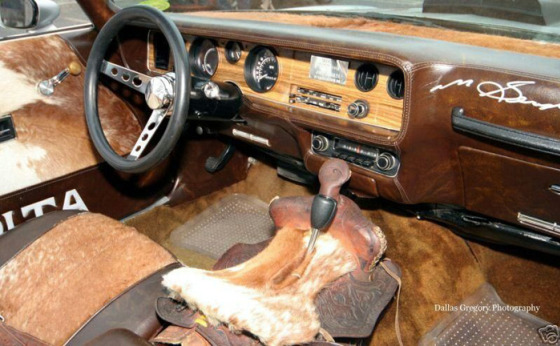 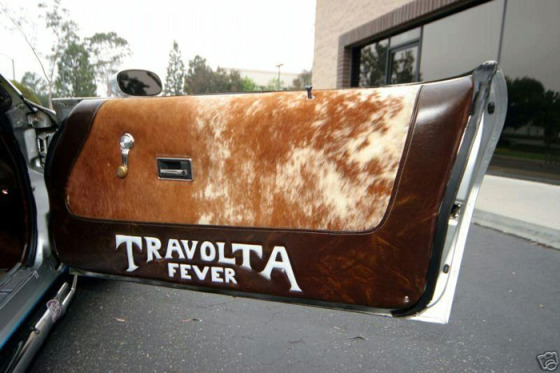 The Travolta Fever car is still around, and was last up for sale on eBay in 2007. I don’t know if Travolta ever drove this thing at all. But considering that one of his current rides is a Boeing 707, I’d suggest that he stay as far away from this Firebird as humanely possible. 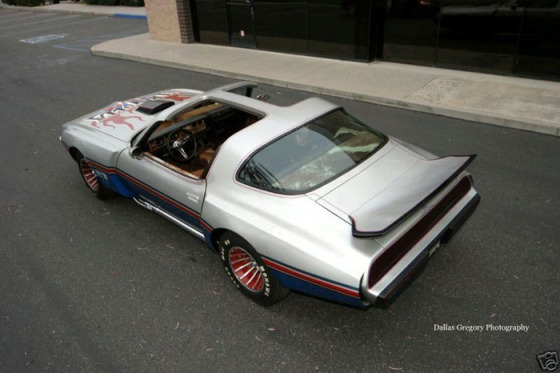 (Photos copyright of their respective owners)

Aeromotive's New Dual Phantom Setup Supports Up To 2,000 HP IN A STOCK TANK! BangShift Readers, Do You Know Anything About The Lincoln Mark VII That Raced Trans-Am?