Rough Start: Go For A Stretch With This 1994 Cadillac Fleetwood! 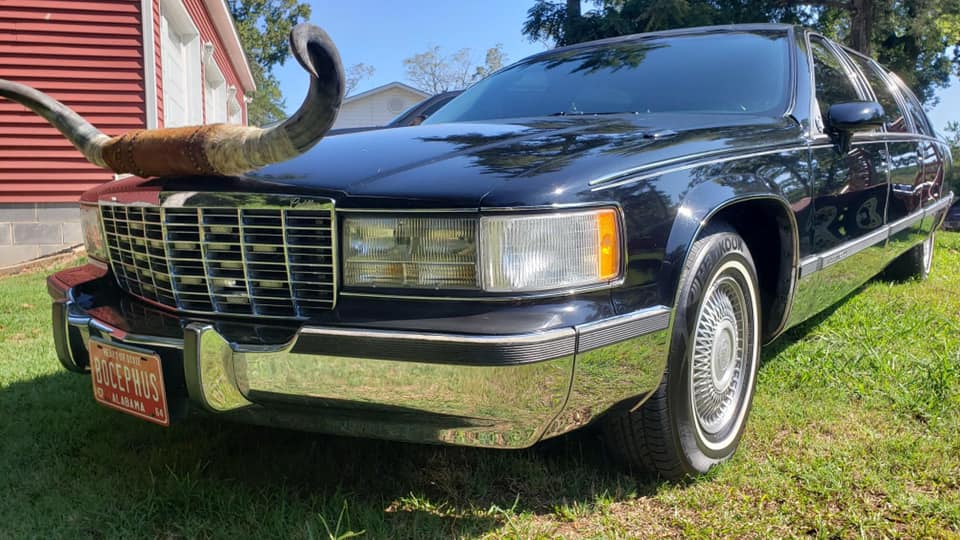 Thanks to COVID-19, a lot of businesses are packing it in due to a sudden, sharp lack of demand in services. Don’t believe me? Hertz has gone bankrupt. Yeah, that’s right, the land of rent-a-racer Mustangs and O.J. Simpson advertisements hit the skids badly. You know what else isn’t so big anymore? Limousine rentals. They aren’t getting the airplay as much as hotels, airlines or other tourism-related sectors, but limo operators are pretty much screwed at this point. Who’s getting a luxurious ride or even a private car when nobody is flying, nobody is going to a convention, and nobody is going on vacation? I’ve heard stories of some limo operators offering rides to elderly individuals and date-night services to help with costs, but right now, if you’ve ever given thought to a long black car for your own, now is the time to strike. 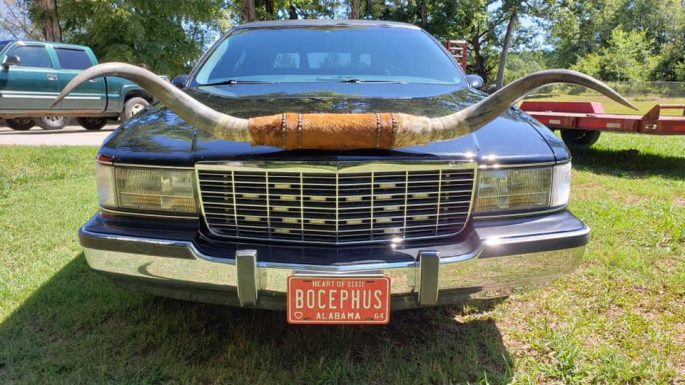 You might remember the 1980 Cadillac that we had on hand as a King of the Heap car a couple of years ago. That car was, in no uncertain terms, a pile of shit. But it had merit: it was dead-nuts reliable until we took it to the track, we used it for just about everything and oddly enough, it was useful and practical. But part of me has a strange kink: I’ve always wanted a lowrider Cadillac Fleetwood from the 1990s, and a limo version would be that much better. Warped, I know, but hear me out. 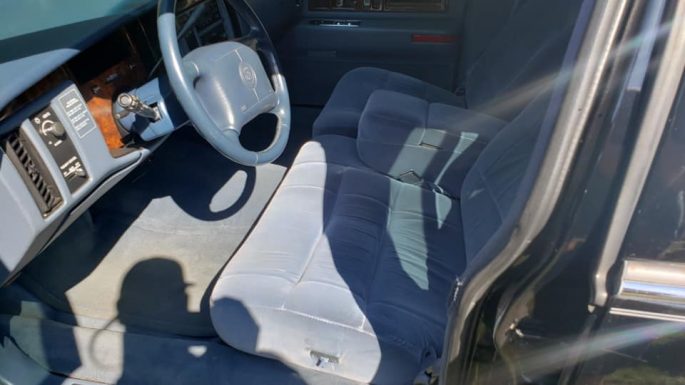 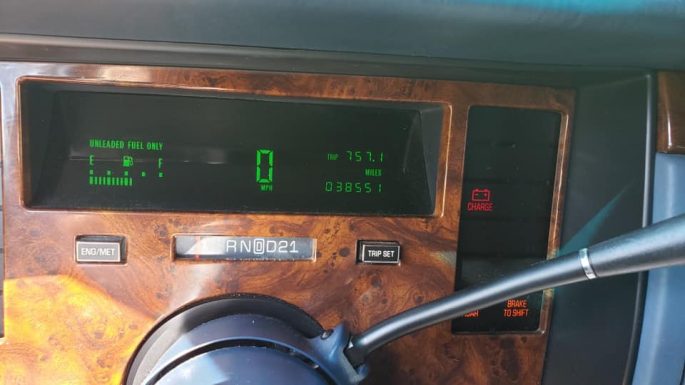 The D-body Cadillac is based on the B-body platform, so Caprice, Impala SS, Roadmaster and Custom Cruiser parts work. The styling has elements of Northstar-era Cadillac to it, which I like visually, combined with a hint of the Cadillac Voyage concept car, and the interior is expansive and as welcoming as Granddad’s old recliner. This 1994 six-door Fleetwood was undoubtedly a funeral coach at one point, but don’t freak out, it wasn’t the car hauling the dead guy around. Don’t think of it that way. Look at it like this: you have an LT-1 ready for building (or you can take the easy way out and LS-swap, whatever works), you have a lot of height that can be removed, and you have dual air conditioning for that long summer roadtrip that we bet you’ll want to take. If it was ours, we’d airbag this car in a hurry and start figuring out the best way to make use of that massive space between the A- and D-pillars. Maybe gut the middle bench out for legroom? Reverse the middle bench for face-to-face seating? Two buckets and an entertainment setup? For $3,500, let your mind go wild.

And be sure to mail those horns on the front to Chad Reynolds…they’ll help him blend in better in Texas. 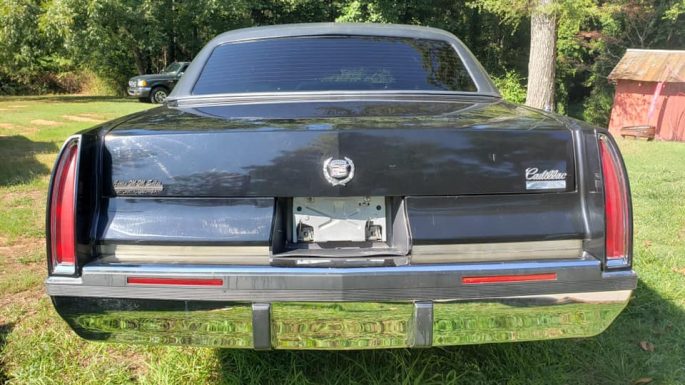 Flight At The Museum: Get A Mini-Drone Perspective Of The Mercedes-Benz Museum In Stuttgart! Your Excuse To Go Home And Drink: LS Fest West Has Been Cancelled

One thought on “Rough Start: Go For A Stretch With This 1994 Cadillac Fleetwood!”