Money No Object: We Don’t Care If It Is A Clone Of A Motion Super Vega, We Want It! 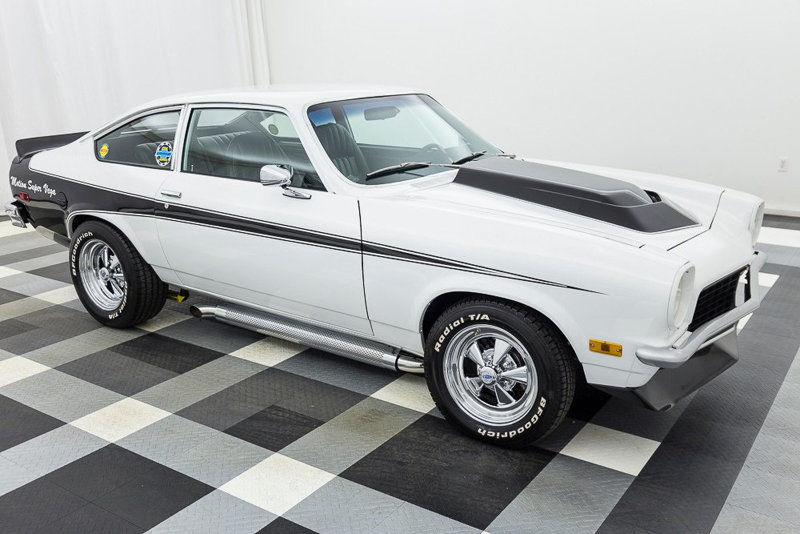 The Motion Super Vega was the car that got the Environmental Protection Agency and the Department of Justice to personally make sure that Joel Rosen shut down his day job of turning regular Chevrolet production vehicles into high-test guzzling, tire-frying bits of insanity. In a move that smacks of the Australian “Supercar Scare”, it was the Super Vega’s claim that you would be getting a nine-second capable street car when the LS7 454ci big-block was shoved under the hood. With a threat of a $10,000 fine for each emission control device removed per car (read: $50,000 per conversion), Rosen took the easy way out, paying a $500 fine and shutting down Motion Performance. 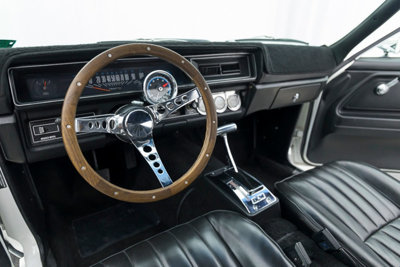 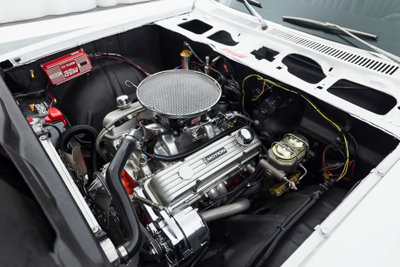 A 454-powered Vega would be an exercise in not soiling a pair of shorts, but with the right engine, a small-block Vega can have the same effect for less money. Real Motion cars are worth a mint, and rightfully so, since they have the pedigree of Rosen’s handiwork. This 1974 Vega is a clone, though it is a pretty decent one. Resto freaks can go ahead and pick it apart, but from where we sit, they nailed the look. They also did pretty good with under that hood, too: the 383 stroker small-block is fuel-injected using FiTech gear and is good for well north of 450 horsepower, and it looks the part too, complete with the “fly eye” air cleaner and Motion valve covers. A TH350 with a 2,500 RPM stall converter and 4.11 gears out back means that you can turn this car 180 degrees around simply by booting the long pedal on the right. And yes, there are sidepipes.

Real? Fake? Who the hell cares. The Vega might have earned it’s 1970s craptacular reputation well, but when done right they look great, and when they have a screaming V8 in between the fenders, they are downright evil. We love it. 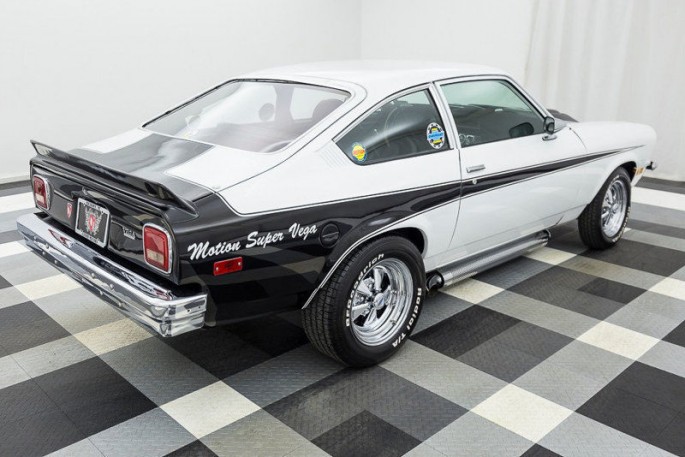 Neglection No Prep Is Coming To Undead Zombie Lyons Dragway! You Should Be There Time Travel Video: Nine Minutes Of Old School Monster Truck Wrecks

4 thoughts on “Money No Object: We Don’t Care If It Is A Clone Of A Motion Super Vega, We Want It!”